by Roderick Allmanson at precisely 04:29
So with Music, TV and Movies out of the way, we can talk a bit about what's leftover from 2010, concluding Norwegian Morning Wood's exhaustive study of all things pop-y about the year we left behind us last week. It's not really that important, but like you reading this out there, it sure kills some time. Let's go:

It was a pretty good year for gaming, though we've gotten to the point where most of the best released games are sequels. In fact, in my scrutiny I only found one really original title, which I call the best of the year, among the rabble. It's like all these games are good only because they mostly follow in line with their predecessors, which were all landmark, innovative titles. Only the #1 spot really earned it this year. 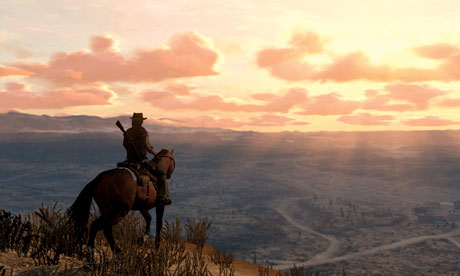 So, firstly in no particular order, the best games of the year include GoldenEye 007 riding on the coattails of its superior N64 source material (possibly greatest game ever. Oh wait), Metroid: Other M, which is admittedly less cool than its commercials but decent enough, Halo: Reach, a series that has been on the decline since the Arbiter showed his fucking four-split face and Dante's Inferno, which kind of sucked but had some really cool levels. Speaking of Dante, God of War III was up there, as was Dead Rising 2, which put just enough of a spin on its concept to remain interesting in this time of endless zombie media. I also enjoyed playing lots of Super Mario Galaxy 2 and BioShock 2 was about equal with its predecessor, which ultimately renders it not as interesting (waiting for BioShock Infinite in 2012 to finally push that envelope again). Finally, StarCraft II: Wings of Liberty exists basically to suck our time and money and make us feel inferior to South Koreans. Seriously, StarCraft is Korea's NFL.

But the best game of the year of course goes to Red Dead Redemption. It's a heavy character game, infinitely cool, re-playable, interesting and innovative. Though honestly I feel like I'm the only one who played GUN on GameCube like five years ago, Red Dead's about the same thing. Except better, bigger and crisper in every way possible. Still, it's the best game of the year. Now go hate the sun and play it.

2010 was a pretty good one for all kinds of sporting events. The New Orleans Saints surprised just about everyone by derailing Peyton in the most widely-watched Superbowl (and American Program) of all time in February. New Orleans has been this cool city lately, despite you know, the tremendous Katrina damage, but it seems like it's poppin. You've got like, Benjamin Button hanging out there, Drew Brees, Nic Cage in Bad Lieutenant (2009)...uh...Treme. So that's football.

Winter Olympics were actually kind of forgettable this year. I say that because I almost forgot to talk about it. The most exciting may have been a bitter curling grudge match that finally saw long-time runner up Kevin Martin snag Canadien Gold away from the Strange-Pants Wearing Norwegians. Oh and some Hockey Game. Continuing on the world stage, the 2010 World Cup was mostly known for Vuvuzelas, the United States shut out by Ghana again and an Octopus picking the winners. Seriously, I thought there was some Giant Herd of Bees attacking all the stadiums. I heard that magical psychic Octopus tasted spectacular. At any rate, I'd probably take all that over anything done in Qatar. Actually to be fair, if any country can successfully misappropriate its resources, it's a nation like Qatar. They're going to blow a huge load on these games, it'll actually be awesome. You know, as long as the temperature is under 120.

It was also a year of scandal. Tiger sucks and Favre ruined his legacy for...wow. Have you seen her? I'm sending Jenn Sterger a picture of my dick right now. Also Ben Roethlisberger spent his summer raping everyone in sight.

I'm out of ideas here. I could talk about books but...well, I bought Earth

, which rules (I never knew you could make so many jokes about permafrost and oxygen), but hell, what else is there really? But I do think the City of Miami was pretty big in 2010. South Beach is the hot place, baby. Once known quixotically as a home for Gays, Jews, Cubans and the Elderly, Miami is becoming a hip spot for everyone else. Hell, even I went to Miam in 2010.

LeBron James calls it his new home (can't believe he betrayed Akron for Sun and Busty Latin Girls) and the Heat are poppin' off. This was also one of the most controversial sports stories of the year. South Beach was also the natural destination for the degenerates that call the Jersey Shore home for their second season. And if LBJ and Sitch are wrong, dammit...I don't want to be right.

Now if the Dolphins can win another division title we'll get somewhere. How the hell is a team 1 - 7 at home? That's ridiculous. You're playing in the City of 2010, baby! I mean, give Brandon Marshall the ball, that's why you picked him up. Anyway, that's about it for our 2010 coverage. Bring on the future.