The Road to a Blockbuster: I AM IRON MAN

by Roderick Allmanson at precisely 12:22
Here we go.

The first OFFICIAL FRIDAY OF SUMMER is set upon us and with the sun shining bright out there it's time to get knee-deep into some explosion-filled, heavily marketed, arrogant, dumb, and exciting blockbuster movie material. This first May Weekend is a Holy Grail of sorts, which has nearly officially been now reserved for Marvel Properties - see The Avengers (2012), THOR (2011), Iron Man 2 (2010), X-Men Origins: Wolverine (2009), Iron Man (2008), and Spider-Man 3 (2007). It helps us all to kick off the season with something big, loud, and crazy, and by all rights, Iron Man 3 (2013) ought to do the trick.

Here at Norwegian Morning Wood, we'll spend some time each Friday attempting to predict the cultural, critical, and commercial impact of each BIG film that opens. It's what we call the T-Shirt potential. Is the movie going to make enough cultural waves that we stick it on ironically on a T-Shirt twenty years from now? Will it be a must-see when it lands on a Tuesday Night premiere on FX in 2016? That's the real merit of the long-term cultural effects of these big films - can they stand out or will we become over-saturated with the same crap?

With more looks at Thor: The Dark World (2013) and a seemingly constant stream of information, plot details, and future plans for films like Captain America: The Winter Solider (2014) and Guardians of the Galaxy (2014), I have a sense that it is all merging together into the same formulaic crap. That's perhaps one of the unforeseen long-term effects of The Avengers. THOR and Captain America: The First Avenger (2011) were competent films, but when they're all sharing the same universe and same overarching direction, suddenly, they lose some of their individual uniqueness. Captain America in particular seemed to follow a series of pre-ordained beats rather than a need to tell an interesting story organically. 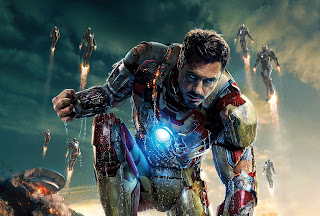 Such is the Marvel approach, which is quickly becoming a cookie-cutter studio rather than a place for really creative filmmaking. They figured out a formula that is incredibly successful, where they can pop out fun, fresh, and vivid films, make a cool $150 million, and in general, not suck. Why, however, should we settle for mediocre superhero films? Marvel's intention seems to be to throw out all these fairly silly films basically as massive marketing material for their one big team-up Avengers flick to cap every round, or "Phase" as they call it. So, what does all this mean for Iron Man 3?

Iron Man 3 stands out for a few reasons. In much the same way that Iron Man kicked off the 4-year Phase 1 back in 2008 that ended with The Avengers, Iron Man 3 will kick-off a 3-year Phase 2 that will end with The Avengers 2 in 2015. Iron Man has somehow become Marvel's bread and butter, the big daddy that can pop a cool $300 mill whenever it wants to. There's an interesting notion on the wish fulfillment-level of Iron Man found here at Pop Matters - namely, the idea that Iron Man is so popular because the current generation of twenty-somethings all loved Spider-Man as kids because they identified with his life struggles and envisioned themselves dealing with their lives that way. Now, however, when our lives have become similar to Peter Parker's and actually suck, we bump our fantasies up a notch, to the billionaire playboy of Tony Stark.

From a movie standpoint though, while Iron Man, however, was an introduction to this world, Iron Man 3 is a capper. It has been presented as a finale to Tony Stark's Saga individually, and should be Robert Downey Jr.'s last outing with the character, at least in solo films. With Downey's contract with Marvel up, there is some difference in opinion as to whether he will stop entirely, or maybe continue. 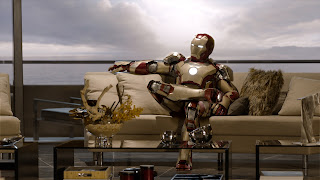 It would be a tough blow for the franchise - in many ways Downey IS Tony Stark and playing the character really launched him from an uninsurable cokehead liability to an A-list leading man. Still, the notion of finality seems to be something that most films like this are unfamiliar with. This isn't a Nolan Batman Trilogy with an expressed desire to tell one unified story. Marvel is a hit-making machine with a goal of perpetuity and a shared universe that is intended to go on forever. The problem with putting that on screen rather than on the pages of a comic though, is that actors age, get weary of roles, or become creatively disinterested. So, what happens when Phase 2 is launched not by the first film in a burgeoning universe, but by the last solo film for a character? I would suggest that the creative potential is far higher than the otherwise cookie-cutter superhero films that are designed to continue the machine rather than say anything of meaning or merit.

To some extent this is a fallacy. Part of the ridiculousness of the Nolan films, as well as the recent comments about Superman vs. Marvel from Zack Snyder is that for all their self-seriousness, these are still comic book movies. The DC / Warner Bros films tend to inflate their own merit while the Marvel / Disney films seem to have fun with themselves, and know exactly what they are adapting. It may be incredibly stupid or corny material, but there is a whole lot less pretension. The best superhero films find a balance, such as in Spider-Man 2 (2004), X2: X-Men United (2003), and X-Men: First Class (2011). 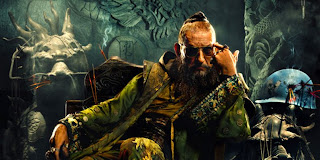 So, what of Iron Man 3? There is reason to be excited over writer/director Shane Black, whose last teaming with Downey, Jr., Kiss Kiss Bang Bang (2005) remains one of the wittier, funner, and more energetic films of the past decade and was also served by very good casting in the form of Downey, Jr. Black ought to pump some fresh lifeblood into a franchise that feels stale and bloated after Iron Man 2. Among that and Cowboys & Aliens (2011), it may be clear that Jon Favreau can't actually handle big blockbusters and ought to get back to smaller fare like Elf (2003).

There is a ton of buzz behind this thing, and Iron Man 3 will no doubt demolish the already impressive commercial feats of its predecessors, although matching The Avengers seems out of the question. Will we be talking about it twenty years from now? That may lie with Ben Kingsley's Mandarin (finally! Well, if it doesn't appear derivative of Heath Ledger's Joker...), Shane Black's direction, and the final Legacy of Robert Downey, Jr. Ultimately it really just needs to stand out in a sea of mediocre Marvel films. If it can do that, it will rise above the rest.