by Roderick Allmanson at precisely 18:56
Now, with Movies and Music under our belt, it's time to deal with everything else. Television is such a tricky medium, especially considering honoring the calendar year of 2013 doesn't even honor seasons in most cases. Still, there were a handful of notable television series this year. This was also a standout year for video games to mature into the interactive storytelling medium they deserve to be. Let's begin by dividing television into a few categories.

Comedy: FOX is slowly but surely building a Tuesday night comedy empire, with Brooklyn Nine-Nine, New Girl, and The Mindy Project rivaling anything CBS does on Mondays, ABC does on Wednesdays, or certainly what NBC is now doing on Thursdays. In a sea of absolute shit coming out of a lot of networks, Brooklyn Nine-Nine is a surprisingly well made show, with a dream ensemble that is far funnier than they ever deserved to be.
Standout Episode: "Sal's Piza" 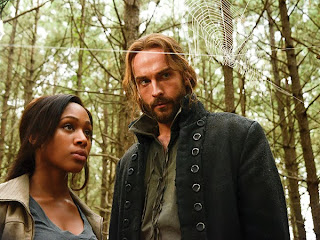 Drama: Sticking with FOX, I doubt anyone would have called Sleepy Hollow the breakout hit of the year. It's really pretty trashy, but the sheer madness that drives each episode makes it inescapable. It's a giant "fuck you" to twisted long-mystery serials like LOST and even The X-Files, as well as to basic logic. If you're looking for an absolutely crazy horror show that works (and isn't American Horror Story: Coven, of course), Sleepy Hollow has the golden ticket.
Standout Episode: "Blood Moon"

Comedy: While Parks and Recreation is always a reliable choice, this wasn't their best year. This really could have been the best new show years ago, but it's taken some time to gain a following, so thank goodness FOX actually gave it room to grow - all hail Bob's Burgers. It's worth the investment for fresh characters, intrepid storytelling, and the bold guidance of Loren Bouchard. It's a relentlessly positive show, and of course Bob doesn't sound like Archer at all. There's the reliable goofiness of The Simpsons mixed with the normalcy of King of the Hill, wrapped in a bun. A delight.
Standout Episode: "The Deepening"

Drama: Okay, I don't actually watch Game of Thrones. But I know enough to know that the cultural reverberations of "The Red Wedding"  jammed up my Facebook for days. I mean, I'm more a "Red Robin Wedding" fan, myself. Despite my apathy, everyone is taking GoT, which is far more important than me actually tuning in. It's an encapsulating narrative, a slow burn that's as addictive as it is brutal to its own characters. HBO is riding this one as long as it can.
Standout Episode: "The Red Wedding" 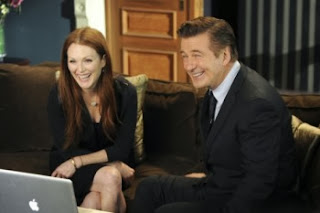 Comedy: There were numerous big shows that called it quits this year. While The Office's "Finale" was pretty competent, its best episode of the season was its penultimate, "A.A.R.M.", which served as more of a effective callback to better years than innovating or growing on its own. Futurama's "Meanwhile" bumped up a bit better, offering everything that series promised: a clever sci-fi high concept, lots of silliness, and some real heart. The greatest send-off, though, was 30 Rock's "Last Lunch", which is just about as satisfying as you can get with a series finale. You want to know that each character has moved on and is going to be okay without you watching them anymore, but also that they've made some progress as human beings. "“This whole time you’ve been telling me how to run my life — you didn’t know what you were talking about. You’re just an alcoholic with a great voice.” It's perfect.
Standout Episode: "Last Lunch"

Drama: Breaking Bad gets everything. The best characters, best story, and the most intricate development on television. Years ago the creators decided to take this meek High School chemistry teacher and find out how far they could push him to become the ultimate badass. Everything pays off here in this last season, even if the story had been stretched a bit the past few seasons. Everything clicks as the world goes out with a bang, no whimper to be found.
Standout Episode: "Ozymandias"

Now, where does Netflix fit in? Arrested Development blasted back on the scene with an epic return that delivered a super concentrated dose of its intense multi-layered storytelling. It was rough to get through, but with some patience and sobriety, proved to live up to its "greatest sitcom of all time" status. Likewise, Orange is the New Black proved that Netflix could push the restrictions of the television medium, in time, content, and character structure. The greatest advances in the television medium are happening now - eventually when the old guard of arbitrarily restricted traditional television falls, everything will be on-demand and awesome. 2013 will forever be the year we point to as the start of everything great in long-form visual storytelling.

There were three major landmark games this year amidst repetitive shooter and GTA copycats. The first is The Last of Us, which somehow spiced up the zombie survival game genre through its truly immersive storytelling and genuinely difficult gameplay that made its world seem all the mroe real. It's also damn tense and scary, with realistic characters to root for.

Going completely opposite in genre for a second, it seems as if all Nintendo can do lately is put new spins on thirty-year old properties. My answer is, so what if those games are still good. The Legend of Zelda: A Link Between Worlds pulled off difficult puzzles and drawing manipulation to bridge the gap between being a good and great Zelda game. And all Super Mario 3D World had to do was introduce cats. Yes, Cats to make a great Mario Game! 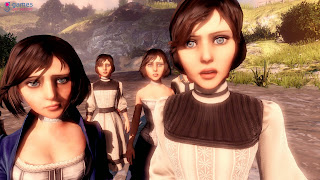 Finally, the greatest game of this past year was well worth the wait - Bioshock Infinite. It succeeds in every level required to make a great game - clever and fluid gameplay mechanics, stunning graphics, and an intricate and involving complex storyline. The game kept you thinking months after completion, and the amount of Easter eggs and other hidden bits that polished the experience kept the world rich. Not only that, but the game actually explored with a deep articulation the racism and xenophobic dangers inherent to late 19th-Century American Exceptionalism along with radical revolutionaries. And metaphysics. All while being really cool. There's not another game that has all this in one package, and Bioshock Infinite is really the game of the decade.