by Roderick Allmanson at precisely 15:36
Welcome again to another installment of The Way We Were - a critical examination and look back at the year 2013. It's essentially an arbitrary designation of time to look back on, but it's nice to benchmark where we are at this point in musical history. Here we'll talk about both the biggest songs of the year, the best albums, and the most enjoyable singles. Let's start with some of the most zeitgeist-y singles, in rough chronological order. Now, some of these are spillovers from 2012, but whatever - they made up 2013's soundtrack.

Singles - The Chronological Year in Review:

Cream of the Crop: 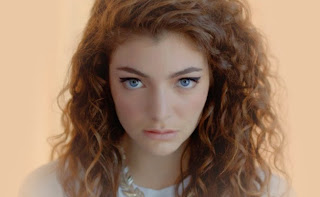 There were a lot of big hits this year that overshadowed smaller great songs by the same artist. Both "Royals" and "Team" by Lorde are basically about the same thing - a revolt against contemporary materialistic pop culture through general apathy, but that repeated refrain in "Team," "I'm kind of over getting told to throw my hands up in the air" sums up a generation. Likewise, the melodic thumping of "Do What U Want" ought to beat out GaGa's "Applause" any day. Even Nelly's "Hey Porsche" is way better than "Cruise." In no major particular order, here are the rest of our favorite singles of the year: 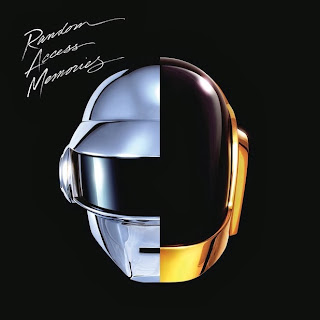 There were a lot of tremendous albums this year. Beginning with hip-hop, while Drake and J. Cole put out some surprisingly strong efforts considering their talent, the rap game really comes down to Yeezus vs.
The Marshall Mathers LP 2. It was a year for all these aging rap gods to find something else to sing about when their greatest critical acclaim happened when they were young and hungry. Jay-Z joined in, too, but certainly came up short. Yeezus completely defies expectation and breaks angry industrial ground for Kanye, but Eminem hasn't been able to balance his weird dueling intense and irreverent personas this well, well, ever.

In the realm of pop, even with a big year with releases from Katy, GaGa, and Britney, everyone was outdone by a pair of kids. Lorde's Pure Heroine may not be that pop-y, but it's a stunning debut for the 16-year old Kiwi that spawned the breakout hit of the Fall in "Royals." Still, this was the year we saw Miley Cyrus jump from innocuous Disney starlet to full-blown slut. Beneath her ridiculousness though, lies a secret, mature, and instantly listenable album in Bangerz, the best pop album of the year.

As far as rock goes, it's also down to two groups - Chvrches and Vampire Weekend. Chvrches' The Bones Of What You Believe exhibits an intriguing blend of electronica, alternative, and the ethereal coos of lead singer Lauren Mayberry. Vampire Weekend knocks it out of the park, though, with Modern Vampires of the City, by far their most advanced album. It's got Weekend's trademark spritely chill sound with nice doses of classy beats, mysterious sounds, and Ezra Koening has never sounded more comfortable.

The Bones Of What You Believe Best Tracks: "Gun," "Lies," "You Caught the Light"
Modern Vampires of the City Best Tracks: "Diane Young," "Everlasting Arms," "Hudson"

Finally, we have the notable Daft Punk entry, Random Access Memories. Is this techno? Funk? Disco revival? I don't know, but it's a damn good album, diverse enough for just about any occasion, easily listenable and re-listenable, and simultaneously relaxing and funky as hell.

There wasn't really one singular spectacular, jaw-dropping video to behold this year. The most significant may be the three sexiest (or misogynistic), Miley Cyrus' nude opus "Wrecking Ball," Kanye's Kim Boob show-off, "Bound 2," and Robin Thicke's monster summer smash, "Blurred Lines." None of these are particular great videos, though, although Seth Rogen and James Franco's "Bound 3" may be.

The top three videos of the year were all pretty epic. First, let's talk about Miley's "We Can't Stop" - an excess of surreal and sometimes disturbing imagery set to thumping teddy bears and general apathetic youth nonsense. Every generation needs a vid like this so that they can claim to be different and special than every other generation to rebel before them. Next is Macklemore and Ryan Lewis' "Can't Stop Us," which features some of the most captivating bizarro video moments of the year such as pirate ship parties, camel rides, and the suavest beach haircut ever.

Still, the top this year is for a song released decades ago. Even though Arcade Fire also released an interactive music video with "Reflektor," Bob Dylan's "Like a Rolling Stone," which had somehow never before had a video gets an exceptionally cool interactive vid. It's about time artists started using the pull medium of the Internet to their advantage to gain followers and viewers instead of losing them. Here you go.

Artist of the Year: 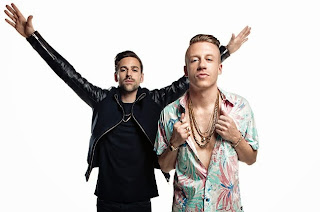 There are many contenders, such as Lorde, Miley Cyrus, Kanye, Daft Punk, Robin Thicke, or Arcade Fire, but Macklemore and Ryan Lewis rule over them all. They literally had a hit for every season this year, starting with the bubble gum novelty track "Thrift Shop" before moving deeper and deeper with "Can't Hold Us" then "Same Love." It may be their most lyrically shallow single of the year, but my favorite jam of theirs is actually "White Walls," whose sharp flow gets me every time.

The Heist will one day become one of those legendary albums, spewing forth a crazy amount of hits. The pair gets bonus points of their independent production, viral success, and instant ability to draw the critical and commercial acclaim of just about the entire world. They got there from an expansive, liberal, and inclusive brand, as well as some damn tight flows for a white boy and great production values.

This was also a noted year for novelty songs in addition to "Thrift Shop," no doubt due to the Internet. How else can we explain "Harlem Shake" and "What Does the Fox Say" blowing up? It's exciting - we were really lacking extremely stupid mainstream tracks.

Well, there you go - uh huh honey, everything you need to reminisce about the music of 2013. What will 2014 bring? Keep listening, folks.