by Roderick Allmanson at precisely 09:14
Are you ready, folks?! This is what this and every movie blog is all about - the FINAL end of year movie countdown! I was getting pretty apprehensive about this, actually, until I realised that I change my mind every year anyway. As is tradition, I'll just go ahead and revise my 2017 list right now.

Leaving out Okja, Baby Driver, Lost City of Z, and The Big Sick, all on my list last year, which all came close this year. Also leaving off War of the Planet of the Apes, which I did not consider this year. Let's get to 2018 and place the first stake in this fluid, ever flowing, every changing listicle process! 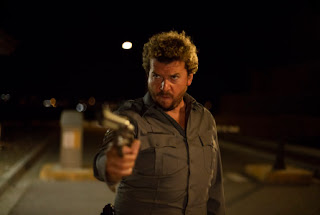 This is an under-the-radar movie but one that I identified with. It centers around the 2008 Housing Crisis, particularly in the boom state of Arizona, which quickly became a gloom state. It's mindless delusional excess and shines a spotlight on the every day realtors and people who couldn't really understand what was happening at the time. Then there's a heavy dose of suicide, murder, and explosive hijinks to boot. It's darkly funny because of McBride's portrayal of a hapless bum, but mostly strikes a tone between catastrophe and silent depression. 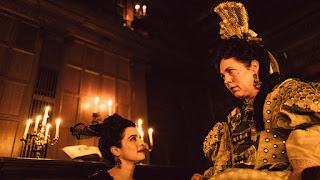 Lanthimos is approaching accessibility in his directorial efforts, which is a little disappointing from an obtuse standpoint, but resulting in pictures with a little more levity, fun, and what can actually be considered a movie. The Favorite is bitingly funny, emotionally over the top, and has a crisp dry charm we can now expect from Lanthimos films. It's a romp.

It's full of what amounts to stunt casting, but every single actor brings their all in this conservative satire that seeks to understand our most simultaneously under-the-radar and corrosive Vice-President. It's prescient in this age of political fear and manipulation while also being an acting and directorial feat. McKay is a little bit less cluttered than The Big Short (2015) but still seems to be finding his steady hand in drama after being such an accomplished comedy director.

There's so much going on in this film - from the easy bridge to modern day racial struggles to the weary line between blue and black lives. Spike Lee has had plenty of great films in the past five years, but this seems to be a big one that really resonates with people. The writing and ending 25 minutes are a spectacular display of tension, irony, humour, and then ultimately tragedy. 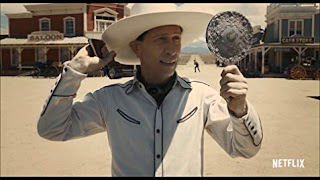 We saw this coming, and it's sort of natural to anticipate throwing a Coen Bros film on any year-end list, but I was still struck by just how good this was. It's a little bastardized because of its thrown-together Netflix nature, and not all of the six vignettes work, but the ones that do are spectacular and right at home in that darkly comic Coen style. It's continuously creative, wild, and more often than not expresses the bleak hopelessness of death and mistrust that comes with frontier life. One of the rare anthology movies that remains thematically consistent and cinematically beautiful. 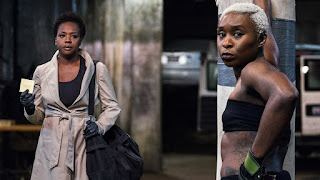 Steve McQueen delivers an epic look at political, racial, and criminal struggles in Chicago and uses a twist on a heist film to explore a variety of related themes. It largely works and encourages re-watching, unpacking, re-analyzing. There's a lot here. The direction and writing are steady, with payoffs almost everywhere you look and plenty of fridge realizations for weeks to come. This is all in a heist movie confident to realize that the heist isn't actually important at all. 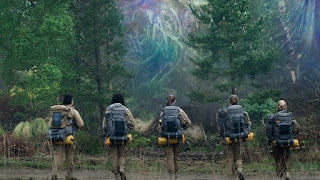 Finally some contemplative crazy body horror sci-fi for our generation. Annihilation exists on the bubble between sanity and madness, by way of an actual bubble that changes brains from sanity to madness. Also people into flowers and bears into skull bears. That's all besides the point. It presents an alien invasion as change, not destruction, and the equal fear that brings where we're unsure where being human ends. It's fantastic. 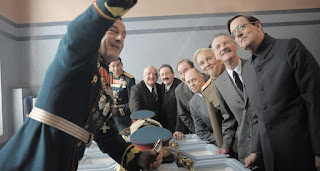 The most slyly funny dark comedy of the year - Death of Stalin works as a deft political satire, an expert glance into the deadliest political game, and a reflection of the political state of our own country. This unfortunately came out in March, but I'm not sure it would get notice if it came out last week. It's a movie that rewards attention with its whipsmart and whipfast script and a real dark political sense of humor. Also Simon Russell Beale is quietly amazing. 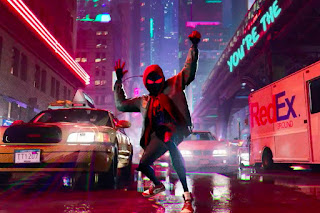 Now, I just saw this, totally loved it, and gave it every award I have to give. The writing is so character based, the focus is on the moments that really matter, and the irony, passion, conflicting feelings in any given scene is a phenomenal achievement. That's in addition to the animation achievement, hilarity, and love letter to comics, Spider-Man, and Stan Lee. It's such a good feeling movie. No other superhero movie came close to the Top Ten in a year of great superhero movies. Other films that run two hours have trouble developing characters. That's a fallacy. The characters just need something worth developing. This film does it all. 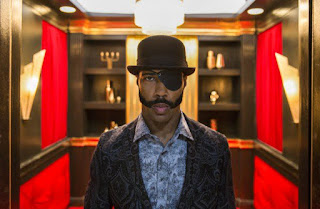 The most flat-out bizarre film of the year, but also thematically and character consistent, you've never seen anything like Sorry to Bother You and never will again. It's a dramatic movie, with tough choices, insane choices, terrifying body horror, and some biting fucking political and racial humour. It never lets up in the wild world it's built and although it's definitely not a film for everyone if you stick with it and pay attention to the text that actually matters it pays off tremendously. This was a movie made just for me and I loved every single frame of this film.

Is it weird throwing both Infinity War and Roma in the Close Call department?

Films That I Didn't Get a Chance to See:

Hint: Look for these films in December 2019 appearing on my revised list! I hear really good things about Overlord but I think these were all solidly up my alley.

Also, Paddington 2 is acually apparently the greatest movie ever? I did not see it. Perhaps I should.