First Impressions: Get Him to the Greek

by Roderick Allmanson at precisely 09:53

This weekend was pretty interesting in that four films premiered in theaters, all of pretty distinct genres and demographics. You had the inane Killers (2010) for romantic action-comedy lovers, Splice (2010) for horror fans and Marmaduke (2010) for children who wear special helmets. I didn't see any of these. I went and saw Get Him to the Greek (2010), the raucous drug-fueled rockstar comedy. Clearly I follow my demographic. It's a solid movie. It reminds me of a string of solid R-Rated flicks from the Apatow crew in recent year such as Role Models (2008), I Love You, Man (2009) and of course, Forgetting Sarah Marshall (2008). It's doing business on par with all these, getting a solid chunk of cash as well as decent critical reception. It's this weird limbo though, it's certainly not as instantly classic or as much of a tentpole something like Tropic Thunder (2008) or The Hangover (2009). It's in the upper levels of comedy but not the top. It's surprisingly funny though, consistently outrageous and delivers on its promise of showing the most insane rock star life possible.

It's heart is almost like a funnier version of Almost Famous (2000). There's this dynamic of fan and icon. The realisation that the Rock Star isn't a god. The Rock Star who seems pretty cool because he acts like a jerk...is actually kind of a jerk. The Rock Star in this case is frontman of Infant Sorrow, Aldous Snow.

Aldous Snow (Russell Brand) proves that he's a bit deeper a character than in Forgetting Sarah Marshall (although by that film's end he also demonstrated some substance beyond superficial insanity). One thing I did like was the lack of nods to the prior film. It was clear that this was meant to strike out on its own and they didn't try to ride coattails. This is a perfect Russell Brand character, you get this feeling that it's basically a documentary of his life. He's got swagger, life lessons as well as a good hunk of bullshit which Aaron Green (Jonah Hill) finally calls him out on. Their changing relationship, from adoring astonished fan to more regretful companion to dire enemy to casual best friends is again, the sum of the film. Aww.

Snow's more than that, however. As Green says, he's our last true rock star, he's rock music personified. He's also insecurity, loneliness and overcompensation personified. His tenuous relationship with his fans - adoring the fame while letting himself get carried away with unhealthy self-destruction to appease them is reminiscent of the Iron Man 2 (2010) Tony Stark party scene. There's this strain between expectation and personal desire, the boundaries of which flash back and forth rapidly. 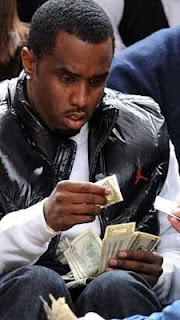 Jonah Hill is pretty funny as this bold kind of intern who also fucks up a lot, as is that pissed off detective dude from Con Air (1997) as Snow's insane manager/father. What really shines in this film though, somehow, is Diddy. Puff Daddy is fucking incredible. I could not have predicted this going in, but Sean Combs as Sergio Roma by a huge margin is the funniest part of this film. Diddy's in angry black guy super-boss mode (basically uncensored Making the Band 2) and never lets up. Every line he says is awesome. The fucking werewolf house, the pink gangsta shirt, the Jeffrey, wow. Nick Stoller needs to spin-off another spin-off with this guy. His timing is impeccable, his performance is truly a mindfuck. I can't believe I wrote that either, you gotta see this thing to believe it. He's spectacular. The entire Vegas scene especially, wow, just pocket that entire experience and it's all you can desire from a rock movie.

Aziz Ansari and Ellie Kemper are clearly underused. Most of the girls are decent, but like the other films mentioned above, this is a man-boy bromance above anything else. Actually, MacGruber (2010) had more interesting female roles than in this movie. Maybe not. Jackie Q (Rose Byrne) is actually a pretty good summation of sexy trashy girl pop like GaGa and Katy Perry (who Brand is dating in real life) and their chemistry is apparent, if not unimportant to the final outcome. Daphne (Elizabeth Moss) is a classic Apatow shrew until the pivotal three-way scene when she actually gets a bit of depth, in fact she complains that a woman can't have sexual fun in these situations. On this note, one thing this film does incredibly well is demonstrate the awkwardness of a real three-way. It almost always comes out as the ugliest one watching the prettiest two bang, which is pretty much what happens. It isn't a beautiful liberating moment, it's a selfish degradation to a horny Rock God.

Infant Sorrow itself is a legit band. They have some good tracks that wobble on that line of genuinely good and insane parody. Marginally less lyrically ridiculous than Walk Hard: The Dewey Cox Story (2007). The film also greatly captures the ability for artists to fade out of relevancy, whether by making one atrocious album, spiraling into self-destruction or otherwise losing touch with the fans. It never dwells on any of what I've talked about here for too long though, it moves along at a brisk pace, mostly letting the characters and jokes play themselves out. It isn't contrived or nonsensical, the film is able to feed into its debaucherous scenes pretty naturally, which is commendable.