by Roderick Allmanson at precisely 21:43
Well folks, it's the last summer we'll have before the end of the world and Norwegian Morning Wood will be there to chronicle it. We have epic blockbusters coming out, the Summer Jam Royal Court of Summer, and plenty of wet and wild fun for all. 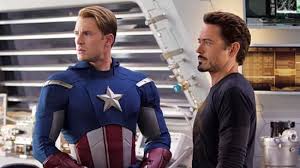 Now, tracking the Jams of Summer have been some of the worst-rated NMW posts of all time, but they're incredibly fun to do and serve as a nice weekly capsule of Pop Music Life. This year we will not be tracking the Top 8 so thoroughly and have some more room for subjective judgments, including Hot Jams of the Week as well as Old School Revivals. There will also be a greater emphasis on Hot Artists and their careers.

We've also got plenty of big-profile films coming out, namely The Avengers (2012), whose opening next week will officially kick-off the Summer Season the first weekend of May. The other release with the highest profile is The Dark Knight Rises (2012), although there are plenty more that range from the intriguingly thoughtful (Prometheus [2012]) to the retarded (Battleship [2012]). Who will earn the Summer Box Office Crown? It will very likely be someone wearing blue or black tights. Yeesh.

It's going to be some Summer. Ride or die.