Does your introduction to a new TV show affect how much you like it?

by Roderick Allmanson at precisely 17:22
Over the past few years I have heard nothing from my peers except statements such as " You would absolutely love Breaking Bad!" or "How do you not watch The League?" or even dare I say it, "Hey, The Big Bang Theory's a good show!" Lately that has been transformed into "You gotta watch Game of Thrones!" or "Archer is the perfect show for you, man!" I probably have a brain issue or something, because when I hear things like this, my desire to check out the show in question drops tremendously. 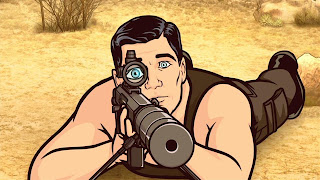 It may just be my natural contrarian nature. Or it may be the fact that I'm too proud to get into a show that I didn't discover for myself or bring others into. I started watching LOST at Season 5, but that was after all my other friends had long since stopped watching - what fools...Moreover I find it arrogant for others to think they can dictate what I like. For that reason I'm in love with Always Sunny but not The League. I will continue to giggle my pants off at Workaholics but ignore Archer. And I'll have my Walking Dead instead of Game of Thrones.

A path to any show tends to be pretty personal. I am honestly wondering if anyone else out there feels the same way I do. By nature I gravitate towards the downtrodden and cultish - these are shows that understand and cater to their audience, thus offering a very specific form of entertainment. You can wear this target like a badge of honor and know that you were selected as one of the few fans. I'm proud to say I caught on to Always Sunny and Community in their first seasons, but I'm also aware that this kind of thinking is the worst sort of Hipsterite Pretension.

Like I said, by my nature I generally abstain from mainstream or popular works. However, when the obscure becomes the norm for my group of friends I tend to bounce back against that. For that reason, I've become an authority on the last three seasons of How I Met Your Mother, mostly for the fact that it becomes something I can only share with a small number of my peer base. That show, while certainly broader humour than a show like Community, has enough niche and in-jokes to reward its long-term fanbase, and getting into that recently has paid off.

To some extent though, especially with long-form serial dramas, I feel like I've reached my quota. I was into LOST for a bit, and then got into the characters of The Walking Dead from reading the comic books. It's tough to also invest in Mad Men or Breaking Bad, no matter how good those shows seem to be. While I mentioned enjoying shows that reward its niche fans, what makes it more difficult to get into something like Breaking Bad is exactly that - jumping in now feels like overstaying my welcome at a party I wasn't invited to. I can't be a poser.

There's options, of course. DVDs and Netflix exists to allow any viewer who desires to to catch up during a long weekend. To be honest though, even with increases in binge viewing, that kind of marathon just isn't worth the time. There is no organic internal reason for me to become invested in a show like Breaking Bad or The Wire except for the fact that everyone else seems to applaud it.

Game of Thrones is another badge show that everyone else also suddenly seems to be really into. While I have gotten along perfectly fine for nearly thirty years without HBO, I get chastised constantly for not going out of my way to find a way to see it. Ten years ago I had a strong interest in The Lord of the Rings. While it would seem as if that should make a transition to A Song of Fire and Ice palatable, my biggest stumbling block there is honestly that my Fantasy Knowledge Bank is full. I spent the past decade and a half exploring (again - an internal, organic interest) the Houses of Beor, the obscure journeys of Alatar and Pallandro, and the Oath of Fëanor, and all the other crap that sprung from Tolkien's giant crazy head. Before that I spent twenty years on Sci-Fi so I can stand here today and recall every single unnamed Bounty Hunter from The Empire Strikes Back (1980) from memory (Bossk, Dengar, IG-88, Zuckuss, 4-LOM). My nerd brain is tapped out. I can barely keep the name of Danaeryus Tannegran in my head. I did that from memory - what is the real spelling? Daenerys Targaryen? Great. I just can't do this. It's exhausting.

I think I've come to my breaking point with Archer though. I have to wade it slowly. I resisted the show at first because I thought that the voice acting was all very obvious (Jessica Walters in a similar crazy bitch mother role to Arrested Development's Lucille Bluth [now, there's a show I watched every night it was on ten years ago] lacked originality to me instead of being pitch-perfect), especially H. Jon Benjamin, who I believe is a very good voice actor for the one voice he has, but is now tremendously overexposed. I really still only hear Coach McGuirk in my head. Still, the fact remains that it is one of the smartest shows on television, the writing is crystal clear, and that bit about Nightcrawler being Archer's favorite animal with a prehensile tail really got me. I identified with that.

So what does this amount to? An angry nerdy rant? A confession that I'm maxed out on the characters I can follow? Or maybe that I'm just simply a huge egotistical prick who hates being told what to do or who to like. Let me know what you think - are you more likely to enjoy a show you discovered on your own or one all your friends recommend?

Sound off below and happy channel changing, amigos -