by Roderick Allmanson at precisely 11:09
Start the year garnering support for accusations of an Oscar snub for your voice work and it's bound to be an interesting couple of months. Scarlett Johansson has been near the top of the A-List for some time now, really a notable name ever since really breaking out in Lost in Translation (2003). In and out of the past decade she's starred in her fair share of the insanely awful (The Island [2005], The Spirit [2008]) and the surprisingly awesome (The Prestige [2006], Vicki Christina Barcelona [2008]). Over a span of twelve months though, starting some time last year, she'll release a crazy array of films of varying genres and roles that's damn near as impressive as any actor has ever done. 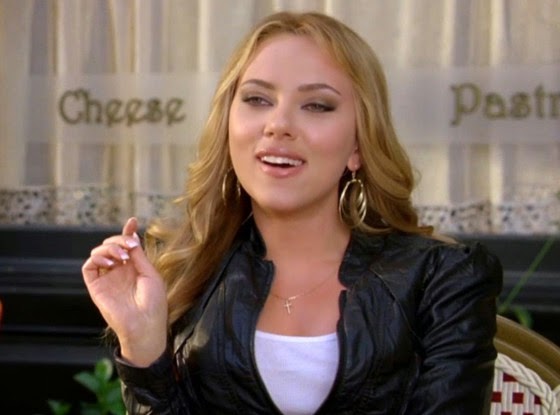 So let's look at her September 2013 to August 2014, so we are now just a little past in the middle of her Magic Year. She has wonderously turned six oddball roles into significant national prominence. Last September Scar Jo featured in Joseph Gordon-Levitt's Don Jon (2013), playing Barbara Sugarman, the "dime" that drives JGL's eponymous Jon character to fits of mistaken love until he matures and realizes that she's crazy and horrible. Scar Jo completely owns her Jersey Shore-infused manipulater airhead character. So romantic comedy indie / Jersey Shore movie? Check.

Speaking of romantic comedy indies, she next lent her voice to Spike Jone's Her, with its ridiculous yet sapient premise of a hapless Joaquin Phoenix-looking schmuck falling in love with his operating system (be honest, this is happening all over America albeit in more subtle and unconscious tones). It's saved and immediately rendered reasonable by the coos of Scar Jo, which is instantly dateable, even if she's coming out of a computer.

Flash forward to this weekend where she outgrossed her own big-budget blockbuster in per-screen average with the U.S. release of Under the Skin (2014). Scarlett J plays an alien disguised as a woman who eats men in Scotland before discovering her own humanity. Or something. It's a tiny picture both absurd and horrifying by Jonathon Glazer, which continues to subvert the only thing people cared about Johansson for years - her incredibly sexy curves. All of these films grow her as a real person, or at least make you think twice about hitting on he, lest you get eaten.

Naturally after all these small films, some like Her gaining notoriety through an Oscar bump, others like Under the Skin probably staying under the mainstream radar, S.Joh saw her most high profile release reprising her once superfluous role of Black Widow in the superhero flick, Captain America: The Winter Soldier (2014). It's probably Marvel's best film all time so far, thanks in no small part to the balanced role inhabited by Johansson, who is less Cap's sidekick than another equal but twisted and secret side to the life he's found as a government agent.

So that's all for films that are actually out there. The two more upcoming films are really just heresay, but they stand to further put Scarlett on the map. First is another independent comedy, Chef (2014), directed by and starring Jon Favreau, and yes, this will inexplicably re-unite most of the cast of Iron Man 2 (2010). If you've never heard of this, don't worry, the trailer dropped yesterday. I don't really see either wide interest or a cult hit out of this, but it's sure to be the kind of underrated comedy with a lot of actually coherent human drama to it that deserved recognition. Like a Cyrus (2010) or something. 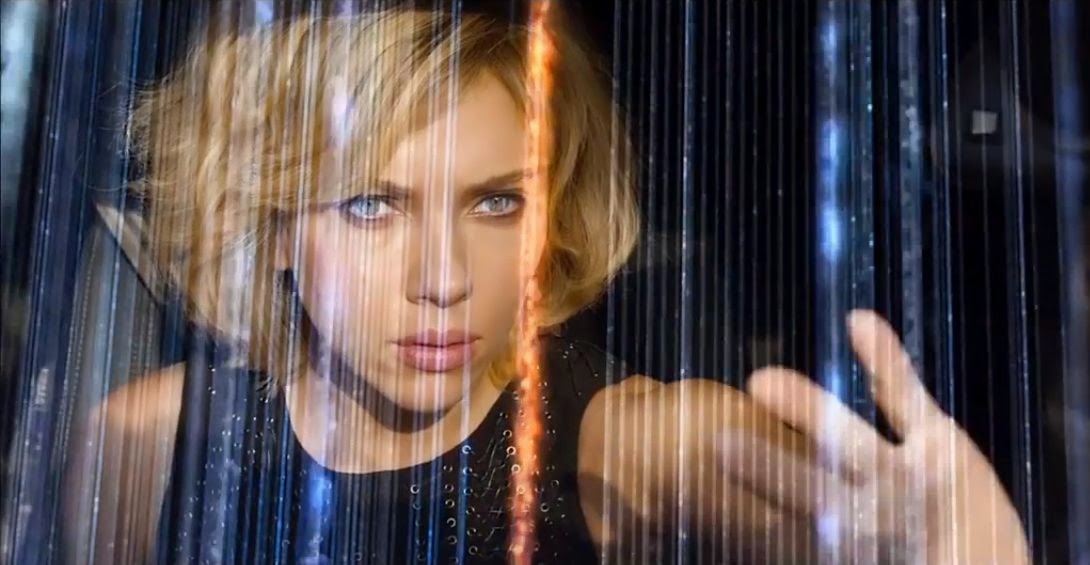 Lastly, in August we get Lucy (2014), which also just got a trailer pretty recently. It uses that old "10%" of our brain garbage that I'm not sure anyone really believes is true anymore, gives it a drug induced spin à la Limitless (2011) and whatever. This seems a whole lot more science fiction-y than the Bradley Cooper vehicle, though, and it should largely be seen as Luc Besson journeying back into The Fifth Element (1997) territory after...jeez I had no idea his filmography was so ridiculous. Anyway, this thing will hinge on whether or not audiences can buy that gaining close to 100% brain capacity gives Scarlett Johansson realty-bending psychic powers, but it also really rides on Scar Jo herself. She's carrying this one rather than riding sidecar, and that budget's a lot more intense than Under the Skin.

So, an unrepentent Jersey Whore, an AI, an undercover hungry alien, an ex-KGB master spy, a hostess (I guess, what is she in Chef?), and a super-psychic drug mule all in one year, in films ranging from quirky indie comedies to devastating male power eschewing indie horrors, to big mainstream work in hits as sure as Hawkeye to wild French stabs in the dark. She's all over the place, and generally pulling it off, with love for Scar Jo at an all time high, and her maturity appreciated by just about everyone. What can she do from here? Did someone say Black Widow movie?