The 39th Season of SNL in Review

by Roderick Allmanson at precisely 08:55
This past Saturday another season of Saturday Night Live flew by us (the 39th, for those keeping track at home), and now that we've had a few days to collect our thoughts, let's discuss what the hell just happened. This was a crazy, crazy transitional year for the show. I mean, when Vanessa Bayer and Jay Pharaoh are your seasoned veterans, it's kind of insane.

For the most part, though, I'm going to say they pulled it off. They pulled something off. Listen, it wasn't nearly as bad and forgettable as it could have been. Even with their six new white guys. SNL actually got a lot of flack for that, but to be honest, that show gave more a voice for women and African-Americans than much other network outlets out there. Even before they very self-consciously dealt with their minority problem with Sasheer Zamata and Leslie Jones, episodes like Kerry Washington were very black-centric. Then again, episodes like Ed Norton and Andy Samberg tended to whitewash everything. Obviously, these judgments come from who exactly is hosting, but there is a voice in that show.

The women also really own SNL far more than the men, especially this year. What other show is giving us stuff like "Twin Bed" and "Dyke & Fats"? A lot of SNL is still that old white guy comedy guard, but more and more it's trying to lead progressive comedy, despite its hiring practices. While its bite may be favoring the innocuous over the satirical (I blame Colin Johst, though that can still be funny), to say that SNL is totally dead is fairly ignorant. So, let's go through a few things: 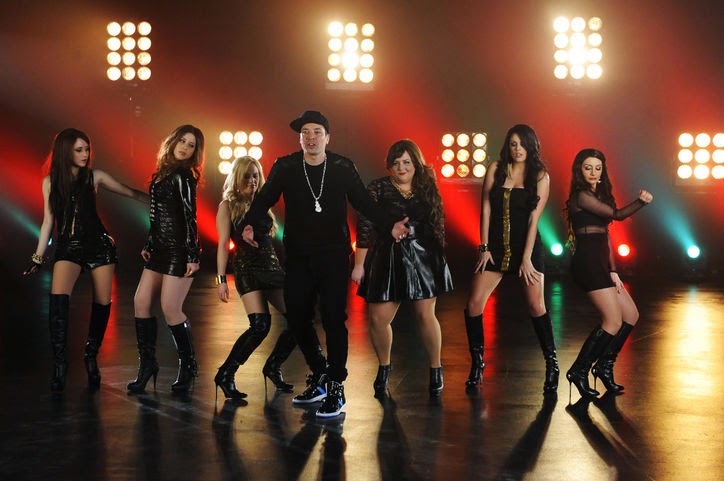 I debated the first two sincerely. Ultimately, I think that Fallon (with Timberlake's help for sure), just added that many more great sketches. Others like Jonah Hill and Lady GaGa didn't really have one great sketch, but their strong line-ups of collectively okay ones stood out in my mind. I had no idea who Josh Hutcherson was before his episode, but he was so game that it became instantly watchable.

As for everyone else, there was clearly some struggles early on in the season, which didn't help Tina Fey's season premiere. It seemed to hit a groove around Christmas, but then the show really dropped off towards its end, to the point where bringing back nearly the entire cast from a few years ago for Andy Samberg seemed more a desperation move to return to established talent rather than to develop new ones. I get kind of sick of SNL when they do this - it's clear that Taran Killam and Kate McKinnon are the ones invited into these "classic" sketches like Bill Brasky and the Vogelchecks, but give some one else a chance, and if they don't deserve it, get rid of them. He, John Milhiser. Anyway, here's my complete season episode ranking:

Yeah, despite "Boy Dance Party," Bruce Willis really seemed like he couldn't care less about being there. Louis C.K. and Melissa McCarthy hosted some of the best episodes in recent memory the first time they hosted, but came up pretty non-thrilling this time around. Others like Andrew Garfield seemed really eager to give it their all, but were stuck in crap sketches. Although my opinion of that is informed by a disinterest in the one-note joke nature of "The Beygency."

This is brilliant in a lot of ways, mostly for Jonah's absolute straight-faced dinner talk in contrast with him losing his mind in the bathroom. It's built on layers of shame and embarrassment, made all the more significant upon his character's elevation of mundane faux pas to yes, infant penis syndrome. Also, why is starring at Aidy Bryant's facial reactions continuously the best part of any sketch?

This sketch sort of reminded me of the Chris Farley Colombian Coffee sketch, where it seems like a normal commercial advertising technique that gets absurdly overblown and the "victims" of some marketing ploy or brand treachery completely overreact and go insane. Cecily Strong is irreconcilable here, and although the premise wears thin decently soon, cutting to that cute dog helps. It's also totally insane.
The Midnite Coterie of Sinister Intruders (Edward Norton)

Wes Anderson spoofs tend to be a dime a dozen, but this gets credit for its mash-up with recent home invasion thrillers like The Purge (2013) and You're Next (2013). Ed Norton also does an incredible Owen Wilson, but I get most excited for Jay Pharaoh's brief Danny Glover appearance. Alec Baldwin as the narrator and the stop-action mouse get me every time. I also actually really dug the weird non-sequitor nature of the Halloween Candy sketch in this episode.

I don't know why I liked this one so much. It won't appear on many other folks' Top 10 Lists this year. I think it's how well Drake masks his growing frustration with Nasim Pedrad's Rahat character and how upbeat his Disney World guide character remains while in a pretty hopeless situation. While other sketches are funny because of the complete straight face of the characters involved, this one succeeds because of Drake's unrelenting positivity. It's tough to pull off a role with that subtext of annoyance and somehow the fucking Degrassi star does it.
Les Jeunes de Paris (Anna Kendrick)

These are all pretty brilliant, but this version takes it up a notch, with a nice Pitch Perfect (2012) shout-out and then a ridiculous French medley that begins with Jean-Luc Picard and ends with Ruby Rod. Not enough sketches end with Ruby Rod. The bizarre elation this sketch produces is unmatchable, as is the real star, Nasim Pedrad, who seems to understand in the background what this is supposed to be far more than Bobby Moynihan.
Ooh Child (Lena Dunham)

There's a lot going on in this sketch. There's this depressing pall over the friends that's broken by a spontaneous sing-a-long to The Five Stairsteps' "Ooh Child" that Lena Dunham's character just can't seem to get into because of interruptions by the GPS. It's again another very simple high concept but it's made so much weirder by its ending where the four innocuous friends plan on killing and burying Brooks Whelan for unspecified reasons. It's bizarre, hilarious and spectacular.

This is another very simple high concept Josh Hutcherson sketch, but it works really well. Lip syncing is in right now, especially if Emma Stone has anything to mouth about it. Part of this sketch's greatness is how straight Vanessa Bayer plays her responses to a doofy 80s song whose lyrics no one has really ever considered seriously. Actually what gets me the most is Killam's brief appearance, banging a drum pad and then vanishing in a blur of a rat tail.

I would literally lie awake in bed trying to figure this sketch out. SNL seems to have brought on Kyle Mooney and the Good Neighbor troupe to replace Andy Samberg and the Lonely Island crew but what they got is far weirder, which is an astounding feat. Samberg more often tried his hand at a goofy song or a catchy bit of zeitgeist that hit massive mainstream popularity. Mooney has no such aspirations. Of all their digital submissions, "Chris for President" was by far the most surreal, presenting itself as a horribly misguided video advertising the eponymous Chris Fitzpatrick's campaign for Kentwood High School student body president. I think I was most astounded because we've barely began an era of making fun of the 90s when suddenly this is targeting early-2000s wannabe goths. I went to high school with a ton of these kids and it was ridiculous. Mooney nails their faux attempts to be cool or edgy through Getty Images of car crashes and the Mudvayne-like soundtrack. And casual racism.

This sketch worked on so many levels. It has an incredibly simple high concept, great supporting work, and really showcased performer Beck Bennett and his talents more than any other live newcomer performance this year. It's also hilarious how Bennett pulls off precisely how a grown man baby would act. It's an instant classic. Bennett's strong authority as a straight man (is he the straight man here? I suppose not, although part of the hilarity comes from how serious his voice tone is in contrast to his ridiculous physical movements) ought to keep him on staff for a few more years.

It's tough to pick just one sketch from the Fallon Episode. While Family Feud exists more for Fallon and Timberlake to laugh at each other (and for Noel Wells to demonstrate the worst Alyson Hannigan impression ever), and "Baby It's Cold Outside" is a nice progression on that old date rape-y song, "Twin Bed" really shines. It not only captures this weird phenomenon of boyfriends coming home for the holidays but offers this weird Pussy Cat Doll-kind of tribute that showcases what all the ladies of SNL can do. And Lil' Baby Aidy exclaiming "It's a whole thing with Jean" is priceless. Fallon's rapping interlude is spectacular and the seventh grade photo shots? Almost as good as JTT.

This was by far the best Update character of the year, and probably the best new character of the whole show. It almost gets to the point where it's funnier watching Killam screw up, but he remains so far in character and goes so hard that it's endlessly enjoyable. I consistently watch this until I'm crying with laughter, he's so fierce, nothing is sacred ("Great location, Jesus, the mount? Any reason we had to climb half an hour to hear this?!"), and his unending angry criticism at all and everything he consumes is hilarious.

There were plenty of other great moments. Like Bobby Moynihan's weird yet perfect love of The Croods (2013), Spider-Man kissing Chris Martin, and a beached whale exploding on Charlize Theron. But we only have so much time. Let's leave with the brilliant arm choreography of St. Vincent's "Digital Witness" and the soft, sweet and touching nature of Drake's little medley with Jhene Aiko.