by Roderick Allmanson at precisely 10:18
Chris Rock's celebrity is always sort of a weird enigma. He rose to prominence on SNL, but never really got much airtime (quick - name three famous Chris Rock sketches from that era). There's this sort of fallacy towards how we remember him there. He had a few movies, but if you look at the big ones that come to mind - New Jack City (1991)'s legit intensity, Pootie Tang (2001)'s legit awfulness, and the way that I Think I Love My Wife (2007) is great once you get past your expectations of his comedic persona, you kind of end at a loss. 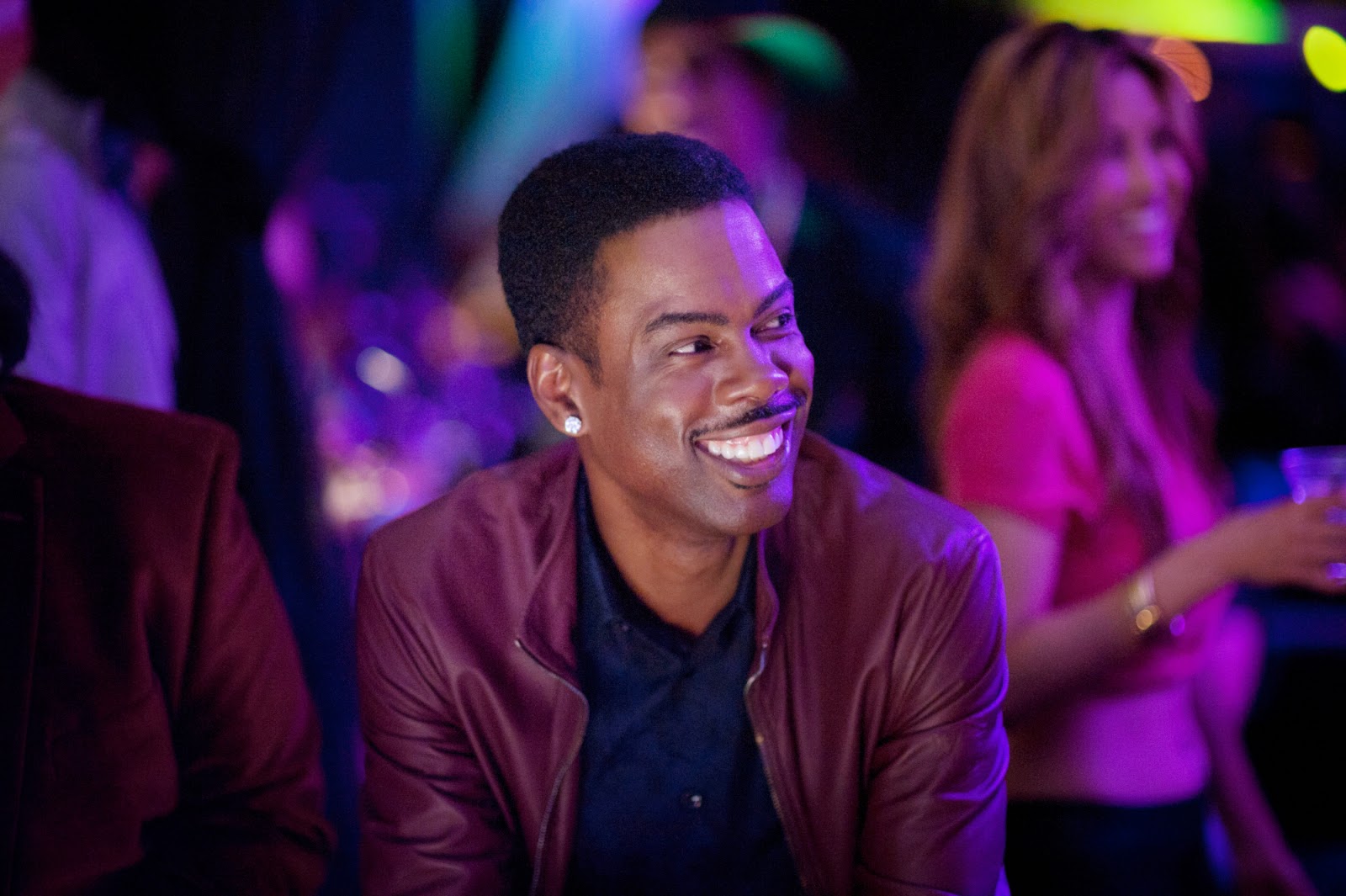 So, while I was watching Top Five (2014), which exists at once as a character study, a riff on contemporary pop culture expectations, a dissection of the intersection of art and commerce, and a chance for Rock to joke about topics in a style that he's crafted very well over the past twenty years. That's really where he's always shined the best, and the ending of the film is a tacit acknowledgment of such. After all, besides all those movies and TV Shows I listed, I know him best from Bigger & Blacker (2000) and Never Scared (2004). He's otherwise usually best in small comic doses like in Dogma (1999) or The Longest Yard (2005). Or voicing a rainbow-wigged zebra. Naturally, some SPOILERS follow from here on out.

His voice has always been strong, though, and his efforts at writer, then as writer-director actually show this really clear evolution towards the majesty that is Top Five. CB4 (1993) is more or less a parody that played it too close to the chest for most of early 90's White America to really jump behind, but it's also really raw in a way that's underdeveloped rather than refreshing. Down to Earth (2001) actually has a handful of really powerful moments, almost like a spiritual cousin to Bulworth (1998), but never quite hits the tone between cunning political satire, serious race relations exposé, and doofy comedy.

Head of State (2003) continues the political satire but again has trouble finding what jokes should land and which ones should be tempered to help its message. I Think I Love My Wife is barely a movie at all - it's more just Rock in character talking out feelings towards marriage, life, and everything else. It's a far cry from the Screaming Black Guy he built his career on and you can see its influence in Top Five. That is, you can see how Rock's Andre Allen finds himself torn between wanting to be treated seriously as an actor and just mugging for the camera. It's practically a black version of Birdman (2014).

But Top Five finally targets that line between out and out comedy (and it's the funniest Rock has ever been), and targeting some issues that are a little headier. While all his other writing / directing work has had some element of choppiness to it, Top Five is a crisp, concise, hilarious insight into Rock's mind, and part of why it's so damn enjoyable is because as a fan you can say "Finally!" and really get into it.

It's also a supreme showcase for everyone involved. Not only is Rock able to show off some great physical comedy he's rarely displayed in addition to his fast tongue, but everyone from Cedric the Entertainer to nearly every black SNL castmember of the last fifteen years is given fair due to crack a joke. I just wish this could have been a breakout opportunity for Jay Pharaoh, who doesn't end up doing much. The reliable Rosario Dawson feels like she hasn't been around forever, but has really just chosen smaller projects. She provides a perfect contrast to Gabrielle Union, who has been able to play fun and spontaneous before but seems to now be stuck on Think Like a Man (2012)-level bitchiness.

The comedy itself is successful because it's based on character, circumstance, and developments that take time to run their course rather than goofy sight gags or bathroom humour. And I love bathroom humour! But it is a cheaper way to get a laugh. But a laugh is a laugh! Yes, that's what both Rock and Andre Allen have been trying to shake off for years. Rock also takes potshots at Tyler Perry, but saves the most criticism for himself, whose fictional Haitian rebellion film, Uprising, is pretentious and misguided. But he does kill a lot of white people.

There's that intersection, again. It's an individual who has been pigeon-holed into a public role he's no longer comfortable with or feels satisfaction from. Andre Allen yearns for some artistic respect. This is I Think I Love My Wife Chris Rock. This is whatever that was. Top Five is a crowning achievement because as much as he may think "I don't want to be funny anymore," it's the best at what he does, and the film finally mixes that hysterical take on life (seriously, read any Chris Rock interview, the man just oozes funny) with meaningful issues.