by Roderick Allmanson at precisely 13:35
It took a lot of votes and a lot of ties and re-votes, but finally, you the people, have spoken: Joining the 2015 winner Han Solo and the 2016 winner, Buffy Summers, I present to you the 2017 March Badassness Champion: 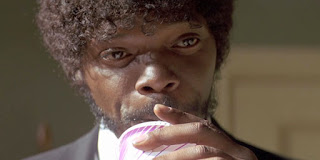 It was ultimately a 7 to 6 vote against Rey, which is crazy close. Kudos to an amazing campaign with only one film under her belt. Depending on how she kicks ass in The Last Jedi (2017), she could have swept this thing in years to come.

This has been a lot of fun, and believe it or not, I've scraped below the bottom of the barrel to come up with about 90 or so combatants for 2018 that will spill into 2019. I think I'll keep doing this until I totally run out, which is of course absolutely insane. That's what we're here for. 800 times over.

Lastly, here's a shot of how the whole bracket turned out: 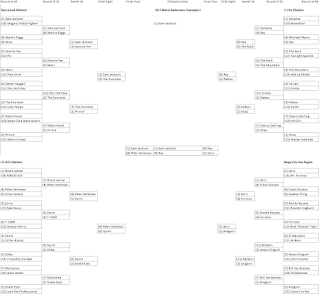