NMW's Salute to 2021: Movies Seen for the First Time

by Roderick Allmanson at precisely 23:45
Every year we have a fun ranking of the films that I saw for the first time this year. Inevitably I usually include movies seen that came out that year, as if we were making a pure list of films that according to my reality, I saw for the first time. I decided to go a different route, and disinclude ANY 2021 films here.
So consider this a way of catching up on recent films and getting a lead on older films that are great. 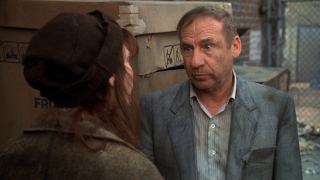 Life Stinks (1991)
I had always known about his latter Mel Brooks movie, but never watched it because it wasn't a parody film and never had the cultural cache of other films. It's amazing how many deep Mel Brooks cuts there are out there, but unlike say, The Twelve Chairs (1970) or Silent Movie (1976), this really doesn't attempt at all to be comedic, despite a classic 80s / early 90s comedic premise. Mel Brooks as a greedy CEO must spend 30 days as a homeless person to win a bet. Easy enough. But this film is loaded with so much empathy, character, and nuance that I feel like to reject it is to reject the premise of the film itself - that homeless folk aren't bums or stock characters, but human beings. It's pretty good, but decidedly not a laugh riot, which held it back at the time, but worth a revisit now.
A Star is Born (2018)
Hot damn, A Star is Born hit me. This movie hit me hard. I wanted to catch up on it because it was such a big deal a few years ago (maybe "Shallow" more than the movie itself), and it's genuinely a great watch. The tale is old at this point, but Brad Cooper throws in great subtleties and a character progression that you really buy despite well-worn territory. There's also alcoholism, selling out creative endeavors, and of course, "Shallow" is pretty good. This made me really emotional! It's good!
Dead Alive (1992)
This has been on my list forever as a desire to see all of Peter Jackson's pre-Lord of the Rings affairs. This doesn't disappoint. First of all, it's assuredly bonkers, playing with zombies, but not quite our typical zombie affair - it has way more in common with The Evil Dead (1981) than Romero. It is famed as one of the more grotesque horror films of all time, and I suppose that is true. The gore effects are wild and the creativity of the dead and crawling body parts is fantastic. The premise is racist I guess, but this was a really fun Halloween watch. 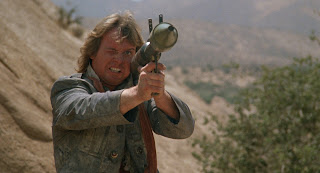 Hell Comes to Frogtown (1987)
I forget how this got on my list. But I watched it and was entranced. This is the kind of movie that needs to be remade with star power and an actual budget. Oh wait - they did! It's almost the exact same movie as Mad Max: Fury Road (2015). It was created as a total Mad Max rip-off, which I'm sure fell into the cracks at the time amongst dozens of similar films, but it stands out today when viewed without context under its own merit. It's surprisingly feminist, has giant snake penises and amphibian sex, and stars Rowdy Roddy Piper. I know what you're thinking - why aren't I watching this right now?
Hustlers (2019)
This movie came out a while ago and was a big deal upon release, peaked with some awards buzz that it didn't get, and then fizzled out. But this movie is fantastic! It's totally Scorsese-esque but with strippers, but that's all you need. J. Lo is a fiery dominating presence in this film and it fits into a great blend of current recession films that focus more on well, our need to hustle rather than to make an honest living as the only way of getting by. They're not wrong. This is a trip and a fantastic epic journey. It's also not nearly as voyeuristic as you might think. J. Lo does look good tho.
After Hours (1985)
Just like deep dives into Brooks and Jackson, I made a stark realization that despite me just using Scorsese as an adjective, I haven't really seen many of his non-obvious films. After Hours is one of those, perhaps his least-Scorsese-like (and perhaps his funniest). It depicts a night that gets out of control in SoHo, but never in a violent or chaotic way. Okay, some folks do die, but it feels more restrained than a current comedy would do with the same premise. It's fun to watch in part just to think that none of this would happen with today's technology, and to see how the parents from Home Alone (1990) got together. 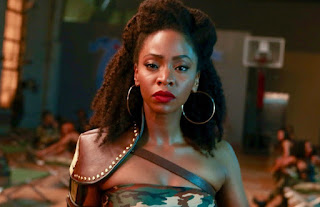 Chi-Raq (2015)
This is another movie that always seemed to have good buzz, but got no awards, and no one talked about after its release. Thank Spike Lee as I wanted to expand my understanding of his filmography as well, and Chi-Raq delivers with a Greek narrative, rhyming, rapping, and singing its way to a tremendous second act and conclusion. The only difficult thing about this movie is believing that Nick Cannon can be a hard thug who won't nut with Teyonah Parris. It's a film that is incredibly ambitious in scope and thoroughly pulls it all off.
Nomadland (2020)
Our first of two 2020 films to crack the top, Nomadland obviously found a sweet spot with praise last year, earning Best Picture, Best Director, and Best Actress honors. It's also again such a product of our time, the transient lifestyle driven by capitalism yet reviled by it. There's a bit of edge here, too, when Frances McDormand has the opportunity to leave her life as a van-dweller, but refuses. It finds a contrast between the natural beauty of this great land of ours and the truly terrible way we treat our people. It's a great, deserving film. 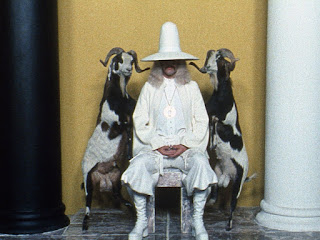 The Holy Mountain (1973)
Yes, I got my Alejandro Jodoworsky share this year. This film is full of surreal allegory, but also hits hard today against the sins of the world as much as it did fifty years ago. It's surely up there as one of the weirdest films you can find, but also one of the richest. It's coated in symbolism, and I mean, literally, that's all there is here. There's hardly a word of dialogue in the first hour or so, but then it hits on everything about life, religion, and well, pretty much anything else you could want to know about the big questions. It's assuredly experimental and pulls off everything it wants to be. 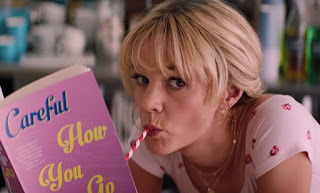 
Speaking of a movie for our times, jeez, this one. It's obviously a #MeToo driven film, but one that thoroughly explores the actual fallout of a drunken rape instead of stats and catchphrases. It hammers the emotional damage that explodes upon friends and family, particularly one friend, whose life becomes a complete wreck in the wake of her friends' rape and subsequent suicide. The ending is unflinching and uncompromising that would feel refreshing if not for its brutality. There is so much explored here, from the nice guy bystanders to weary family ready to give up and move on. When should we give up? Should we move on? What is the best way to move forward out of trauma? This movie's also a comedy.
That's it! My favourite film watched this year is my new best film of 2020. Check out these other oddities, admittedly some of these are more interesting or forgotten bits of cinema you should check out. Bring on 2022!
**Special Commendation added 01/03/22:
Alright, egg on my face whatever. I forgot to include this movie, but I really wanted to talk about it. I saw Gremlins 2: The New Batch (1990) for the first time this year! Not only is this sketch 100% accurate, but it is suprisingly a movie fit for our times. See, we had all these meta movies like this and Last Action Hero (1993) back in the day that demonstrated how sick and canny we were of movie tropes and corporate meddling. Gremlins 2 pulls off everything it wants to be, breaks the fourth wall, is a biography of Donald Trump, and has so much damn fun with itself. It's amazing and everyone needs to see it. #1 film of the year.

Labels: Best of 2021, Movies
Email ThisBlogThis!Share to TwitterShare to FacebookShare to Pinterest