by Roderick Allmanson at precisely 20:45
October has been a nutty month, folks, not a whole lot of time to devote to the regular inane chatter I usually spill out onto the Internet. Needless to say though, on the one-year anniversary of the debut of the insane "Runaway" video, I thought I'd take a moment to talk about THE GREATEST RAPPER OF ALL TIME Kanye West. A while ago I talked about this dude and how he's really not wrong for being so egotistical - his songs rule. Here today then are in fact, the Top 12 Greatest Tracks Yeezy has Touched Ever.


Kanye picks some strange collaborators but usually pulls it off. This song works equally for Chris Martin as it does Ye's styles and works as the meeting place for two of the most popular artists of the past decade.

Kanye does a nice job telling stories in a handful of songs and his winding prose through the echoing beats, drops and accompanying singers and hooks is masterful.

One of Kanye's trademarks is sampling a capella noises, sometimes even words or phrases that he integrates into his beats and raps over. This track exhibits this concept very smoothly and is clearly an early effort rap-wise but has an excellent flowing beat.


Included here is the Track 4 Interlude along with the Track 5 Album-version, which I think is superior to the radio single. That Fergie verse just adds a needed dose of swag. This is how Yeezy should experiment - layering voices on top of each other, producing really freaky effects. The song is one of both trumpeting triumph and choking failure. Everything about it is epic, but the lyrics are regretfully so.

For all its hype there isn't a whole ton of exceptional tracks off Watch the Throne. This is an exception though, probably the album's best song with a guitar-fueled beat, rapid lyrical delivery and the trademark a cappella underlying it all.

I think it's the hypnotic and mysterious beat here that catches me. It's also a guilty-pleasure inducing song about temptation, power and the normal rap tropes (weed, cars, guns & ho's). Ye bounces and flows through his rhymes here better than anyone else can.

The beat is intense, the lyrics unrelenting and there's some Black Sabbath sampling for good measure. It's got just the right amount of Tune in it and works well within the climactic dark ending of the album.


This is certainly a Yeezy classic by now. At the moment it's simultaneously a song of triumph and accomplishment after a tragic accident that also transcends normal racial and hip-hop tropes. That said, if the accident and subsequent track happened in 2009, there's no way it would turn out as inspirational.

The College Dropout was largely about the world's introduction to this young kid who had been behind the scenes in hip-hop for years and when he exclaims that he's underrated he's actually telling the truth here.

A bonus track off Late Registration, the track is extremely chilled out and also displays some of Ye's best flows, ups and downs and still has a focus on the collegiate, educated persona that he strove to develop before he instead went the route of huge narcissistic asshole.

Graduation is probably Kanye's best album and this is one of his better tracks. The beat is ethereal and his emotional vocals contrast with the smooth dreaminess of it all.

This should be a pretty contentious list to make complete I'd love to include the following: 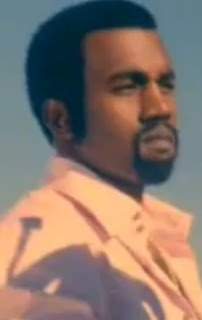 "All Falls Down"
"Family Business"