Trends: March is the New Summer

by Roderick Allmanson at precisely 00:05
The sun is shining bright in the sky, the radios are pumping out the hottest jams of the year, and the box office is pushing every weekend with high-profile franchise blockbuster releases. And it's...March? How did this happen? It seems that in 2012 we've pressed fast forward on the calendar. This is normally the kind of feeling we're supposed to have on Independence Day, not St. Patty's.

First of all, the literal temperature for most of the Northeast has been particularly unseasonably warm. The Snowfall Derby has been a meager trot this Winter, and we've seen more green around than the Chicago River this past Saturday. This week especially is projected to have a constant wave of sunshine and blazing heat. People are jogging half-naked, wearing shorts, shades, and rollerblading around. It's a perfect way to beat the summertime springtime heat. This is supposed to be the official start of Spring, but instead it looks like a nice day for a swim at Amity Island. It's bonkers.

There were a flurry of tracks that dropped this week that seem well-suited for a Summer Jam. We've got B.o.B. on "So Good" and Flo Rida ft. Sia on "Wild Ones," both of which are no strangers to landing choice Summer Beats. We've also got all this low-level crap from random bands that have had trendy appearances on SNL like Karmin and Sleigh Bells with their singles "Brokenhearted" and "Comeback Kid" respectively. All of these tracks are perfect Summer Jam Candidates - fast, danceable, and catchy as hell. They all pale in comparison to Nicki's "Starships," which is one of the more perfect Summer-y songs I've heard in a long time. Since last Summer, really. Take a listen:

It's this sick combination of hip-hop, techno, and pop that is absolutely tailor-made for the zeitgeist. It's fierce, pounding, and displays the full extent of Nicki's talents, including the slight amount of AutoTune that makes her voice stuck in your head for days. It's a party song, it's a background song, you can focus in and out and dance your ass off to it at the end of the day. It's brilliant from a Summer Jam Standpoint. But it's March, honey. How did this happen?

March started with The Lorax (2012), which would seem like a more honourific re-telling of a beloved Ted Geisel tale if not for the shameless selling of the property for Mazdas. Anyway, the astounding success of this fuzzball surely represents one aspect of the typical Summer Box Office that has effortlessly been boiled into March, 2012 - the family-friendly CGI Animated film. 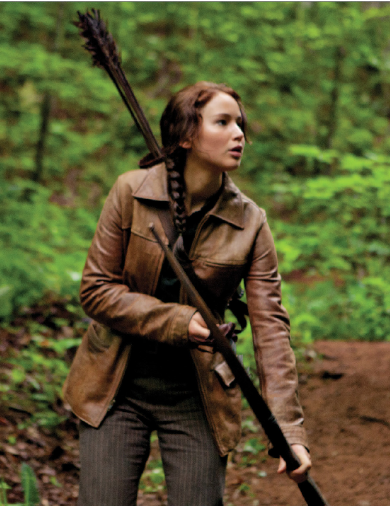 Looking at March's other weekends we see plenty more. We have untapped adaptations of works new and ancient, with plenty of box office potential in John Carter (2012) and The Hunger Games (2012). Okay, so one of those may be known one day as one of the bigger flops of all time, but it really shouldn't be ignored. The other one is landing this weekend, and by all rights it should blow the Teen Market out of the water. Apparently it's like a much less crappy and sexually confusing version of Twilight, which is always welcome. It's interesting that almost since we could see the light at the end of the Twilight / Harry P Cash Tunnel we've been looking for its successor. Why is The Hunger Games that successor? Who knows, but it was appointed that a long time ago. Maybe they can squeeze nine films out of the three books. That ought to last a while.

The Hunger Games is a perfect Halfbuster - the kind of unproven franchise that will likely land its subsequent adaptations some juicy Summer or Winter releases. There is an obvious fallacy here, though - if The Hunger Games does well enough in March, why shouldn't it stay there? Why not just start the Summer Box Office Season in the Month of Caesar?

In recent years April and March have proven themselves to be substantial release months for big movies, usually ones with potential the studios are wary about. As March takes off, April is getting compacted and it's really a matter of time until it's just one big block of continuous blockbusters. It's a crazy thought, especially in an age that increasingly cites the Blockbuster as dead. The numbers and trends (ignoring Summer 2010...) refuse to point in that direction.

March continues its assault with 21 Jump Street (2012), an upsurging R-Rated Comedy that really butt-fucked the Box Office last summer (see Bad Teacher [2011], Horrible Bosses [2011]). Two weekends from now we've also got Mirror, Mirror (2012), which I know nothing about really, but seems like a bingo chick flick that should tap an under-served market this month, and Wrath of the Titans (2012), a sequel to the surprisingly huge 2010 film. Without blinking it's an easy-to-read Summer Month in any other year. This is 2012, though, baby! We're all going down anyway! We got to get all our shit out there while we can. I'm pumped for Wrath, that big dog thing and then that giant lava thing should get their days fucked up, bro. Tight shit.