by Roderick Allmanson at precisely 06:04
Hello once again to that Immortal Column, the Road to the King of Summer Jam 2012. This will be the last installment of this series, obviously, because this is the last Summer we will ever have. That said, this is the First Week of Our Last Installment, and as it's been for many years before, it's full of some fairly old tracks. I mean, some of these songs first dropped in like...March 2012. Yeah really. What's next, a post about The Hunger Games (2012)? Pfft. Sure thing, gramps. Here are your tracks for the week 05/07 - 05/13:

We're kicking off each week with the freshest track I've heard that has a good shot at blowing up some spots. Chiddy Bang has a ridiculous name and a lot more talent than he's showing off here. A version of this track actually dropped in 2011 to little to no fanfare at all. It seems to be picking up some airplay now though, and is certainly fresh, digestible, sunny, and positive. Sounds like a good Summer Catch to me, but since it's already failed to catch on once it's certainly a gamble. Tally ho!

Inoffensive Pop Rock: "Glad You Came" by The Wanted

Besides naming their big track after what I told my girlfriend last night, The Wanted is a band bereft of talent. It's almost as if they can't sing along to the beats of their own song. Still, this seems like it's been ever-present on the radio for weeks and that's bleeding into Summer. It certainly shouldn't last that long, nothing about this track is memorable.

The Wanted's Doppelganger: "Feel So Close" by Calvin Harris

More of that pop rock crap, "Feel So Close" is no greater a song than "Glad You Came" but it is a hell of a lot catchier. Calvin Harris' voice dips and ducks around this song, even if the lyrics are horrendously generic. Again, there isn't a lot to differentiate this from the rest of the pack, but it does tend to lodge itself in your brain.

Hearing Carly Rae Jepsen gives me this image of a Rebecca Black who can actually sing. Well, sort-of sing. It seems like such a teeny-bopper track, one better for the end of school rather than the Throes of Summer. It should be a fitting Graduation and Prom song for all those kids out there, then fizzle sometime when it really starts heating up.

Flo Rida is the perfect Summer Jam Master. His pair of big hits this year (the other being, "Good Feeling") have been a bit more substantial to them, which is cool. That said, I still had to look up "Good Feeling" to remember what it was called. That's the trick with Flo Rida - does anyone remember any of his tracks a month after they stop playing? Go lift some more weights and trim that beard, buddy.

Somehow, the Pop God: "Somebody That I Used to Know" by Gotye ft. Kimbra

This is the weirdest pop hit in years, almost reminiscent of how Foster the People created this huge mainstream upsurge from this drastically new and different sound in 2011. Gotye is a cool dude and completely disinterested in the extent of his pop success. I actually haven't gotten to rant about this dude as much as I've liked, including one of the Greatest Music Videos of All Time, its ridiculous amount of YouTube hits (208 million and counting), and how someone thought this song would be improved by adding a drum track. That kind of confounds me - this needs no "improvement."

Girl, Where'd that Weight Come From? "Stronger (What Doesn't Kill You)" by Kelly Clarkson 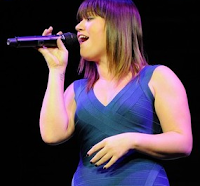 I like this song. I think Kelly sings her heart out, proves why she's been the only relevant Idol in the past decade, and assures the world that she can take a break and then come back and make some hits. But seriously girl, do some sit-ups or something. Those lunch lady arms are atrocious, are you trying to pull off some Adele shit? Even if the burgers don't kill you, they aren't making you stronger. I'm not trying to set some impossible Pop Standard for women here or anything, and I think that kind of pressure is grossly unfair, but what happened to Miss Independent? This your health girl, what are you, 30? She's still got her sass, though, which is important.

The Next Huge Rock Band? "We Are Young" by fun. ft. Janelle Monáe

Oh fun. What a grammatical nightmare you guys are. It's so irritating typing fun. in the middle of a sentence, there's no proper noun convention and a misplaced punctuation that completely interrupts any clause, it's atrocious. That said, some have already christened this group of douchebags as the future of Rock and Pop. That's just not true. It's an admittedly good song with some very distinctive vocals, but I think these guys are lucky, not talented. This ought to chug along for a while more, it's the kind of song that's tough to get sick of, and there's no reason they can't continue their rise for a bit.

This year's installment is certainly more art than science. Gone are our precise calculations in favour of a more freewheeling, easy-going system of whatever feels right, baby. We'll see who charges ahead, but all of these tracks are fairly stale. I'm waiting for Nicki to make her move, but I think "Starships" just didn't break at the right time. Unfortunately, there really isn't that much more on Roman Reloaded (2012). We've also got Bieber and a really awful Maroon 5 song to pay attention to. The Season's wide open.