A Closer Look at the 2014 Academy Award Acting Nominees

by Roderick Allmanson at precisely 09:26
We're a few short weeks away from the Academy Award Ceremony and it's time to munch or jaws into the meatiest of all the categories - the acting. Oscar wins can make a career, or what is more usual, not really do anything for them, like Jean Dujardin. If all goes well this year though, we'll end up with a  lot of validation, career acknowledgement, deserving debut praise, and just random as hell moments. Let's dive in:

This could wind up being a nice acknowledgement for an actor who apparently has had a long and storied career. I had no idea who Bruce Dern was before Nebraska, besides a vague understanding that he's Ellie Sattler's father, which is obviously important to the young dinosaur lover in me. There is some love here, but Dern and Nebraska itself are way farther under the radar than they ought to be. Ol' Bruce, it's a pleasure just to be nominated.

Considering how much respect Christian Bale holds by the acting community, the fans, and most importantly, for himself, he has a surprising dearth of Academy Award nominations. To be fair, he is 1 for 1 in Supporting Actor wins for The Fighter (2010), but that's really about it. I can't believe they didn't acknowledge his work for Reign of Fire (2002). Anyway, Bale isn't really the presence in Hustle he needs to be, despite his commitment to looking terrible. It would be nice to compare his weight in both this and in The Fighter. He's just all over the place.

It's hard to believe that Leo would end his career without ever securing an Oscar statue, and considering this may be his greatest role ever, it's even a bit tougher to see him miss it. He'll miss it though. Considering he's 0 for 3, that may be a good bet this year, anyway. I'll still contend that Wolf was far too crazy and in particular, Leo was way outside the norm for the Academy to shine politely on him, but it's always possible. He secured the Golden Globe, after all.

This is the most credible threat to McConaughey, and Ejiofor has built up a steady stream of great supporting roles until he really hit his career defining role in 12 Years a Slave, but March 2nd won't be his night. Although he carries this flick on his back and the acting section of the Academy certainly heaped some love on this one, support is just too strong for McConaughey. That said, if any of these dudes were to pull an upset, it's Chiwetel. 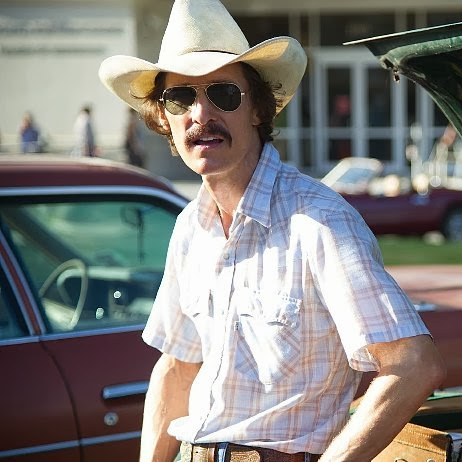 So, not only is this a perfect Oscar bait Best Actor performance - the huge body change / biography / social issue film, but it's also a brilliant cap on the recent resurgence of Matt McConaughey who has managed what would seem impossible - leverage his dumbass, shirtless, good ol' boy persona into an actually credible career. Everyone loves this guy, even those who hate him and think he's weird as shit (he is). His bizarre acceptance speeches recently that tend to both not acknowledge the AIDS crisis and demonstrate his obscene drawl may serve to tip this towards Ejiofor, but it's basically a lock.

Sandra has one of these from The Blind Side already, and even though she was really the crux of that movie, along with its condensing of complex socio-racial issues, she's not the crux of Gravity. It's notable that she even got a nomination here, which is a testament to how much people really love Sandra Bullock. It's an accomplished performance for sure, mostly solo and harrowing. Still, while this cleans up the technical awards, it isn't actor-friendly enough with dialogue and other human interaction to gain that section of the Academy's attention.

Judi Dench has a lot of love from just about everyone, but only one win for Shakespeare in Love (1998), and that's getting to be a while ago. Do we honour M one more time after her departure in Skyfall (2012)? Philomena isn't much without Dame Dench, although it isn't really the kind of sexy movie that's capture the heart of the masses this year. It's more of a splash than a tidal wave of acting.

It seems like it's another year, another Streep nomination, right? She's our latest winner here, having last locked it up for The Iron Lady (2011). August: Osage County was somewhat surprisingly overlooked for its acting, at least for Julia Roberts. To some extent you can never count Meryl out, but she does only have a 17% win percentage (3 wins out of 18 nominations). That is still pretty crazy, but this isn't her year. Again.

Amy Adams has a ridiculous five nominations, three in the past four years, and absolutely no wins. This is her first nomination for a Leading Role, though, and maybe she'll finally break through. If anyone is going to bring down Cate, it'll be Amy this year, and it's hard to think that with a nomination in every category, American Hustle comes away without a single trophy. She is crazy talented, deserves the recognition already, and is also the only actress in this category without a previous win. Can it all come together for her? It'd be nice, but she's not the favorite right now. 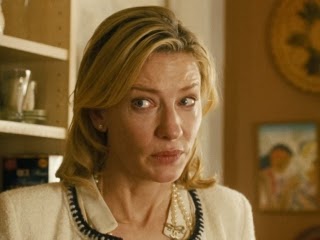 Cate already has a Supporting Actress Statue on her mantle for her work in The Aviator (2004), and it's almost surprising she's never gotten another one. The major thing stopping her right now is the weirdly timed resurgence of Woody Allen pedophilia accusations that may give some voters pause to vote anything for his latest flick, Blue Jasmine. Of course, it's just an accusation, it's twenty years old, and who really knows what to make of it. If people steer clear of Cate, somewhat unfortunately, because of it, this goes to Amy, if not, Cate gets her first Best Actress Oscar.

I'm still a little astounded that Abdi got a nomination where Tom Hanks didn't, after the latter is both such a powerful presence in the film as well as one of the most honoured actors in Hollywood. That being said, it's great that Abdi is recognized here. He made it out of Mogadishu and worked as a limo driver before debuting in Captain Phillips, which is his first acting experience. It would be an incredible success story if he won. He won't.

So, welcome to the prestigious versions of Bradley Cooper and Jonah Hill after years of trash. Enjoyable comedic trash, but trash nonetheless. Cooper's Hustle role isn't really as multifaceted as his work in Silver Linings Playbook, which also wasn't that multifaceted. He wears the hell out of a Jheri curl, though, which is good to know.

I actually think that Jonah gave the performance of the year in this role. His chemistry with Leo is perfect (somehow), that Quaalude scene was the most manic, tragic, and hilarious of the year, and he's also representative on film as everything horrible and unredeeming about everyone in that film. Whether or not voters judge that concept as one that actually matters ought to inform whether or not Jonah wins. With some other performances in this category a little more redemptive and uplifting, that may not be the case. The Academy gave a statue to Joe Pesci in Goodfellas (1990) for the same shit. Maybe they do it here.

Speaking of redemption...no, no, there is no redemption here. It's tough to say that this may have been Fassbender's best role in his young and fiery career so far, but dammit if he didn't seem to be wrapping this Award up back in October. Villains have tended to be big winners in this category, from Javier Bardem to Heath Ledger to Christoph Waltz in recent years. If that trend continues at all, we can look to the Man Shark's first Golden Prize.

I don't really give a shit about Jared Leto. He hasn't had the kind of film career that anyone else here has had, he plays for kind of a crappy band, and he's so far appeared fairly insensitive towards the kind of people he mimicked in order to pull off this transgendered role. Still, he's the odds on favourite right now for the same reason McConaughey is - a tremendous body changed portrayal of a biographical figure in a socially conscious and relevant film. There's nothing really wrong with him winning, but it seems to me like the least exciting winner for this category. Except maybe Bradley.

Here we have all of the aforementioned Woody Allen controversy covered in our chat about Cate Blanchett, but with none of the good buzz for Sally Hawkins. There were a good amount of family drama films with nominations this year, which haven't always guaranteed a statue in recent years, Blanchett's favourite and Kate Winslett's The Reader win a few years back notwithstanding.

Despite having the best name of any male or female nominee this year, Squibb is less on anyone's radar than Bruce Dern is. She's not a tremendous presence in the film, which mostly focuses on the Dern-man and his son, the surprisingly nuanced and unrecognised turn by MacGruber himself, Will Forte. Despite a long and storied career, Squibbward will go home empty handed.

Julia's single win for Erin Brockovich (2000) is getting to be a while ago now, and she's certainly still popular enough to pull this one off, even if this flick is more The Meryl Streep Show than a showcase for Roberts. Still, she's acting a bit outside type and the challenging role gives her a little more to chew on than she's had in recent years. It could be a nice win, but there's some fresher buzz for the next two actresses.

Does Lawrence go two for two in consecutive years? I've got the same theory here as for Amy Adams - despite not being favoured in any race, it's hard to believe that with nominations in every acting category, Hustle goes home with nothing, and this is certainly the most likely one to upset. Everyone loves J-Law, mostly because she's so loveable. I'm wondering if she goes Meryl Streep-like: early wins then thirty years of just being nominated before striking again. Or can she only play flighty tortured young person roles and no one will care about her by the time she's thirty? I don't know. At least she has an entirely separate film persona cranking out blockbusters to keep her going. 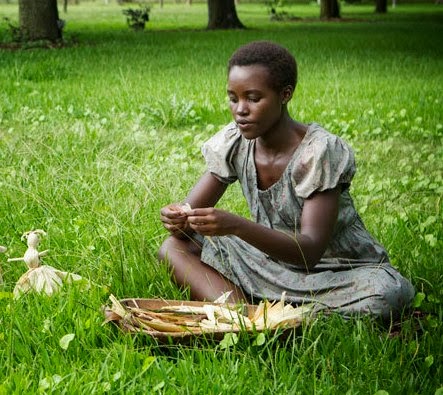 It's kind of crazy that Nyong'o could be the one to end up winning an acting statue for 12 Years despite terrific performances from Chiwetel and Fassbender. Nyong'o was totally raw and brutal, though and heartily deserving of the Oscar. She should get some comparison to Barkhad Abdi - from the acting inexperience, the breakout role, and the nigh-unpronounceable name. Lupita has won everything she's needed to to nearly ensure a lock in this category, barring some sudden surge in loving white girls again. It would be nice if this award could for once go to a black girl for a performance that could only be achieved by an objectified black girl in a racially driven film.

So, will these predictions hold or will the upsets creep in where I predicted? Who knows - tune in March 2nd and keep reading for more of this crap.