by Roderick Allmanson at precisely 18:15
It took television a couple tries to get it right. First came 2 Broke Girls on CBS, a demonically sitcom-friendly show created by Michael Patrick King and Whitney Cummings. Then we got HBO's Girls, featuring Lena Dunham, in certain terms brilliant, but far too easy of a target to ridicule. Finally, television nailed a growing trope with Comedy Central's latest late night effort, Broad City. 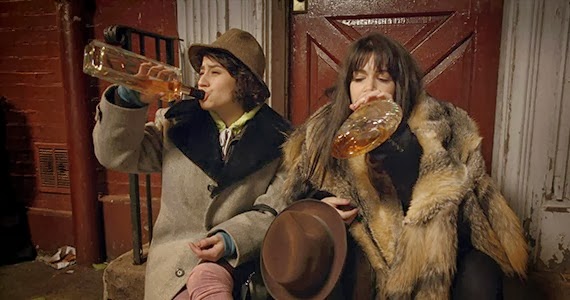 What does Broad City do that 2 Broke Girls or Girls doesn't? All three shows feature millennials living in New York City who are severely underemployed. Each show, even with pretenses of comedy, does really different things with this premise. Girls wears its patheticness on its sleeve. It's all weeping ennui and to some extent a righteous anger for the shoddy lot many talented members of this generation have received. The parts that are spot on cause Lena to be showered in praise. As the show lurches onward though, just like the generation it depicts, there is a strong urge to yell "shut up and get it together, already."

2 Broke Girls skews in the other direction. It's a torrid show, by all means, the existence of many of its side characters solely as forced stereotypes precludes its blatant racism, and the cadence of the joke set-ups are some of the most typical on television. In parlance to its eponymous girls, however, the show also strikes that line of useless, underemployed ladies trying to make their way in an unforgiving city.

Broad City, though, employs the trope but completely disregards the negativity that would seem inherent to being broke. It lacks the pathos and shame of 2 Broke Girls or the neurotic malaise of Girls. Featuring internet performers, Ilana Glazer and Abbi Jacobson, as self-described pothead Jewesses, the show is devoid of the idea that being a broke girl is a bad thing. This simple idea liberates the show, at least in the first two episodes that have already aired, to have fun with the patheticness of its female leads like no other Young-Broke-NYC-Girl show before it. 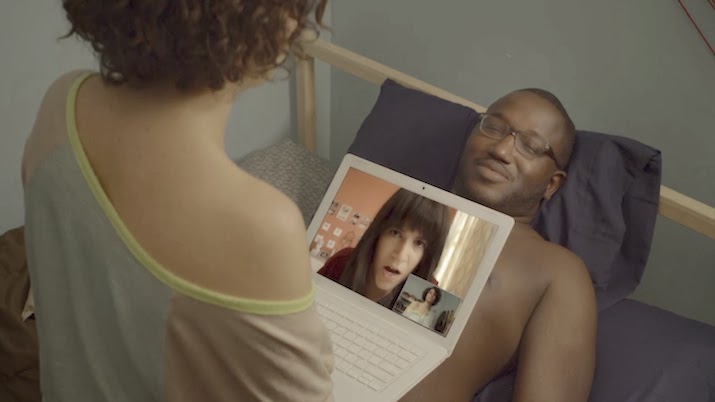 Regarding men, the show is also delightfully dismissive of anything with a penis. Typical guys  in the show are dumb, video game-playing or gym-working asexual entities. The ones that are potential sex interests to the ladies are either objectified as unobtainable hotties or reduced to Hannibal Burress' mumbling serious-dater who will always come up short taming Ilana, who is basically the Joe Pesci of this show. No, Robin Thicke, you aren't domesticating anyone here. It's almost a shame that we tend to call media that effortlessly switches heteronormative gender roles brilliant (see also: The Heat [2013]), but Broad City is fiercely feminist, by really not being overtly feminist at all. It makes sense that Amy Poehler was attracted to it enough to give it the executive producer credentials that allowed it to get on the air in the first place.

But again, what Broad City does best is its lack of regrets. Its characters aren't bummed out or angry at the world that they aren't fulfilling the "life they were meant to have." If anything, they admit they got it too good for what shitty workers they are. It also showcases two of the more human girl characters on cable television right now, which shouldn't deserve praise, but be a basic tenet of any show. The fact that it's on a channel that only a few short years ago featured the insanely misogynistic Secret Girlfriend (Yes, I also wrote a post on that years ago, I watch far too many trashy Comedy Central shows), and basically constantly caters to a rape-friendly frat boy demographic is even more refreshing.

Broad City comes on tonight at 10:30 EST, after Workaholics. I've written about that, too. I've got a problem. I am curious to keep my eye on this show for more than the two episodes that have aired so far and see if I am actually right that this becomes one of the more zeitgeist-y shows out there. Stay tuned, true believers.

Labels: Television
Email ThisBlogThis!Share to TwitterShare to FacebookShare to Pinterest