A Closer Look at the 2014 Academy Award Best Picture Nominees

by Roderick Allmanson at precisely 15:37
With the biggest night in Hollywood less than a week away now, it's time to examine the only award that really matters - the Best Motion Picture of the Year. According to Academy voters. And no one else, really. This year is actually way more exciting than years past, even with some stretched out neck-and-neck finishes for movies like Argo (2012) and Lincoln (2012) last year and The King's Speech (2010) vs. The Social Network (2010) a bit before that. Every precursor award has been all over the place, and the most promising indicator, the PGA Best Picture award was an unprecedented tie. Let's get busy! 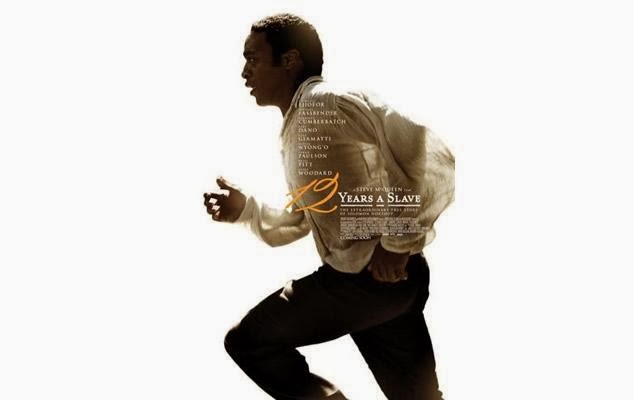 Best Picture of the Year


It's PHILO-MANIA time, baby! No, not really. This is the kind of obscure family drama film that caters to a very narrow section of the population but is full of enough prestige to make the Academy look really classy for selecting it as a nominee. In the 80s, these things were everywhere and some like Ordinary People (1980) or Terms of Endearment (1983) won the whole thing. Other recent flicks like this that no one saw and bottomed out include Amour (2012), An Education (2009), or The Reader (2008). Philomena may have done well on its home turf at the BAFTAs, but it'll bomb here.

This isn't quite an Alexander Payne film like Sideways (2004) or The Descendants (2011), but like those films, it'll also be left in the dust. Going back to Amour, there may be some desire to honour ancient actors like Bruce Dern and June Squibb, but it's tough to imagine a Will Forte vehicle getting best picture. Even if MacGruber (2010) was robbed. Not that this is really a Forte film (do those exist yet?), and he has a surprisingly nuanced turn here, but Nebraska's quirky kind-of-comedy, kind-of-existential-family drama schtick isn't wetting anybody's pants.

With a good amount of support in the acting categories for Leto and McConaughey, you'd think this may have an outside chance at taking home the big prize. After all, the acting branch of the Academy has the most votes to pull from. Analogies are hard to come by. You've got dramas highlighting gay social issues in Brokeback Mountain (2005) and Milk (2008), but neither really dealt with the AIDS crisis like DBC does. Other overt black social dramas like Precious (2009), The Blind Side (2009), and The Help (2011) didn't really do well, but none of these, particularly the latter two, dealt with their subject matter with such intense revelation of the struggle as DBC does. Despite not really having history to go on, it's relatively safe to say that the buzz isn't really there for Best Picture like it is for the Male Best Acting Awards.

Her is a tricky minx. It's slowly gaining some steam and recognition after everyone joked off is really laughable premise, and Scarlett Johannson's voice work is enough to create this urge for recognition, despite defying the ability to secure any conventional nomination. It's been largely written off, yet it's pulled through with some unexpected screenwriting wins at the Golden Globes and WGAs. It's now transitioned from a dark horse to a lock in those categories, but it's a bit too much of an oddball film to win Best Picture. I might compare it to Midnight in Paris (2011) or Up in the Air (2009), which were sly romantic comedies (kind of) that did well in screenplay awards (at Oscar and BAFTA, respectively), but Best Picture eluded them.

It's been twenty years since our boy Tommy was last in a Best Picture Winner. Captain Phillips is a bit of an enigma, to be honest. It seems to be a pretty well liked film without a lot of critical buzz, everyone agrees that Hanks is great it in, but no one respects him to win Best Actor, and the only award of the night it's looking to have a good shot at is limo driver / first time actor / Minnesota-Somalian Barkhad Abdi for Best Supporting Actor. It wouldn't be a total total shock if this thing went all the way, but people seem to be too divisive over it. Will the other favoured nominees break up the voting and pave a route for it to win? I don't really think so. But it's conceivable.

The Wolf of Wall Street

Through this whole Oscar Zone, I've chastised this film for being far too ridiculous and profane for the stuffy tastes of the mild mannered Academy. This is of course, an Academy that honoured, in a four-year span, the equally rude-languaged and violent Scorsese companion piece, The Departed (2006), the nihilistic and brutal No Country for Old Men (2007), the British-Indian out-there Bollywood homage Slumdog Millionaire (2008), and the army-mentality patronizing anti-blockbuster The Hurt Locker (2009). There are some differences between all these relatively gutsy choices and The Wolf of Wall Street, though - none showed as many boobs. Or had the associated controversy over their subject matter. I still think this is the best film of the year though, and while I'd be disappointed my predictions were off, it's always delightful when Marty pulls down the statue.

Here's where we start to find some serious contenders for the throne. All three of the following films have some significant clout and precursor awards that all may point to a Best Picture Win. American Hustle, David O. Russell's third Best Picture nominee in four years, may have the most significant run up. It won the Best Comedy or Musical Motion Picture at the Golden Globes, as well as the Best Cast Award at the SAGs. This ought to indicate a ton of interest in giving this flick the goods, although it's not really leading in any major category right now. It would be surprising if it didn't come away with any awards, much less any acting awards, but it's an underdog in all four categories, as well as Best Screenplay with Her gaining steam. This all points to a miss for Best Picture. Or it's given as a consolation prize. Best Picture can't be a consolation, though, right? I think it could be - but not for this.

Gravity is the kind of film that just about everyone can get behind. It's high concept sci-fi stuff, but more grounded than something insane like Man of Steel (2013), but it's also this really articulate film that viewers and critics can assign a lot of prestige to. It's this year's Inception (2010). Big blockbuster filmmaking with a mind and heart that far outweighs other genre films. Despite its technical proficiency though, which ought to run the train on the Oscar Ceremony, really big prizes have eluded the film. It's wrapped up DGA and PGA awards, but the latter was shared with 12 Years a Slave, which has beaten it elsewhere. Gravity was a really significant film - it was genuinely best experienced at a premium 3D IMAX price, which provided the fullest thrillride possible. With that under its belt, it also made Hollywood a ridiculous amount of money. It's very possible the Academy shines on that, but it's more likely that the large sections of writers and actors don't shine as hard on this flick.

Okay, so if the writers and actors go for Hustle and the directors and producers go for Gravity, how does 12 Years a Slave bring home the gold? It's possible that 12 Years only wins Best Picture, which would be the first film to do so since Mutiny on the Bounty (1935). It will likely win at least one more, though, despite stiff competition. It's won the Best Drama Motion Picture Golden Globe, as well as the big BAFTA and PGA awards without much else to spare. The safe bet is that the trend continues this Sunday - it stays cold all night until that final envelope is opened.

Which flick is your pick for Best Pic?