A Closer Look at the 2015 Screenwriting Nominees

by Roderick Allmanson at precisely 13:22
We're another week closer to Oscar Sunday, so naturally we're taking some more time to look deeper into the more important Award Categories. You may check out our Acting Round-Up here, but today we're all about writing. I always think the writing is one of the most important aspects of a good feature film, even if most studios will revise the hell out of any given work. That's less the case many times for small projects like these that can find a way to succeed with more freedom, independent production, and the oft-shared responsibilities of screenwriter and director in these kinds of films. So let's assess the merits and chances of these nominees:

I'm more and more torn about American Sniper, namely because it's getting to be by far the most popular of the contenders, at least in terms of recent box office success and thanks to its inherent controversy (from its subject matter to its...fake baby), it's on the tip of everyone's brain. It doesn't seem to have much going for it with its Screenplay, though, which is the one thing no one seems to be buzzing about. It would be a shock actually if Sniper won anything, and this would be a rare nab.

The Academy didn't really seem to like Inherent Vice, but I'm also thinking that P.T. Anderson will be due one of these days. It is his fourth screenwriting nomination, after all, and he's considered by many critics to be one of our greatest living directors. He is, however, usually compared to Kubrick, who in all his years as a filmmaker only won an Academy Award for Best Visual Effects on 2001: A Space Odyssey (1968). Really makes you think that this shit doesn't matter at all, huh?
Anthony McCarten, The Theory of Everything

The Theory of Everything gets boosted because there feels like a good chance this thing starts winning everything on February 22nd. It's adored by the Academy and the subject matter is ripe for nice conservative love of historical disability flicks. Like American Sniper, though, the screenplay isn't really what this film is known for, and it would make much more sense if it was honoured for acting, along with some possible nods in Score and stuff. Still, a win here wouldn't be shocking.

In recent weeks this is actually looking like the one to take this prize, and by all accounts it fits the bill pretty well. The Imitation Game is another kind of film the Academy loves, and it's full of new and old actors who lavish every inspiring trailer-made line of dialogue that flows perfectly. It's also pretty possible at this point that this is the only award it'll win, which would make this a really fitting consolation prize for a decently well-liked film that doesn't have a chance to win Best Picture. 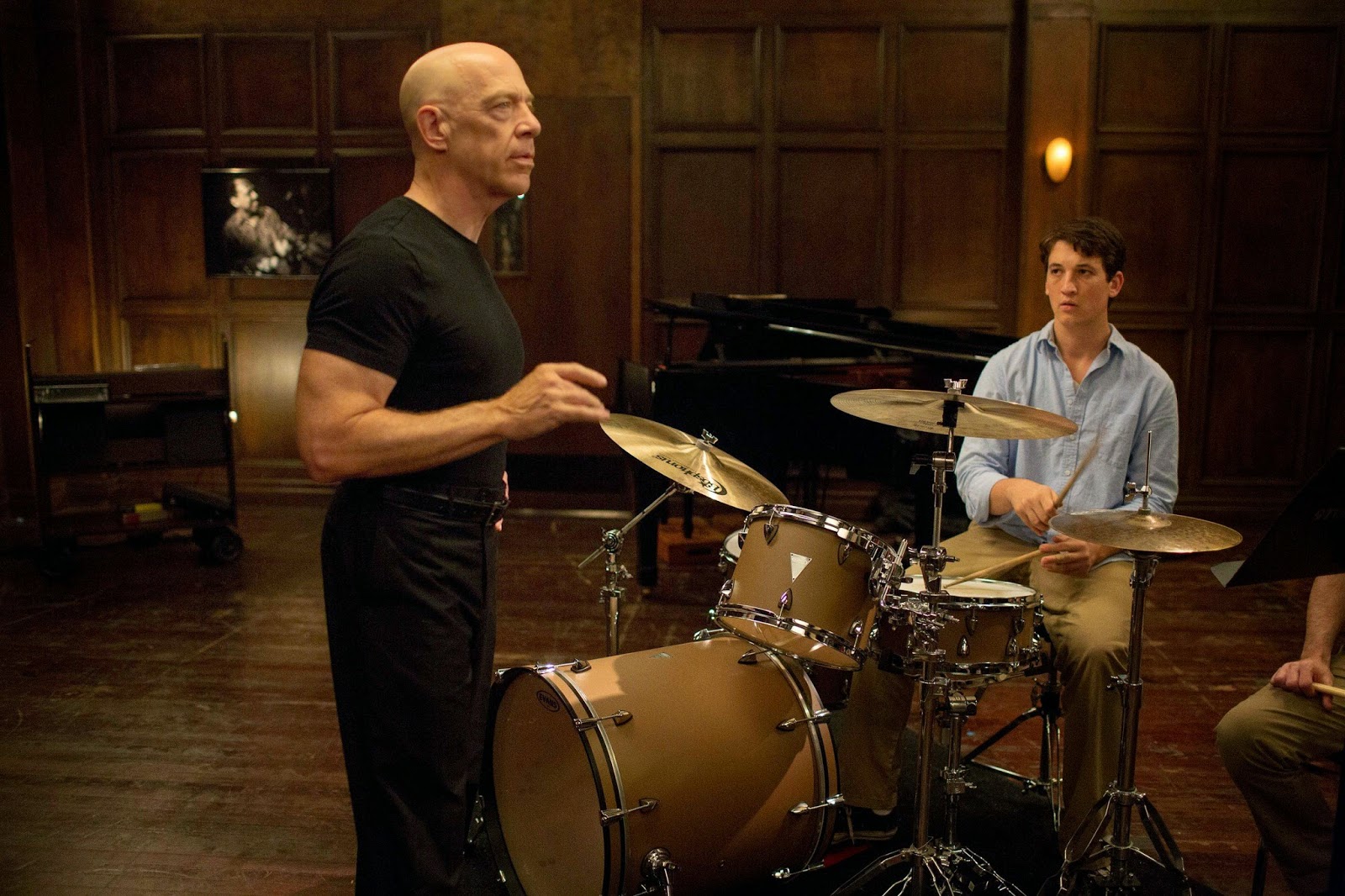 This is still my really bold prediction. Whiplash is certainly a more interesting screenplay than either The Theory of Everything or The Imitation Game, and everything about this race in recent years feels more about recognizing young talent. It's an artfully crafted story and Chazelle has gotten a lot of praise for both his writing and directing, and plenty of publicity through J.K. Simmons mentioning his awesomeness whenever he wins an award (which has happened a lot). It's more of an interesting bug in the minds of voters than The Imitation Game even if it's much less widely seen or more easily digested. I can see myself falling on my face for this, but I do want to look awesome when it nails the surprise win.
Best Original Screenplay

I am really impressed that Nightcrawler got a nomination here, although it's bizarre that this is the only outlet for this film to shine while Jake Gyllenhaal isn't recognized in the Best Actor category. It's clear that Nightcrawler is pretty unloved by the Academy, even though it has a lot of appreciation from critics. I'm not sure the screenplay is as strong as the performances anyway, even if it offers the kinds of turns that are rare for the genre. It doesn't really have a shot here.

This is an interesting addition, and I'm actually curious if Foxcatcher makes some heads turn at the Ceremony with some surprise wins. It's represented in a lot of big races, although it is absent from Best Picture. The screenplay does a great job weaving this delicate tension throughout the picture, although I also think that this is another film that is supported by its acting more than its writing. While it had a lot of momentum leading up to its debut, I think a lot of that is exasperated now.

This is a kind of rare low rating for Boyhood, and I think it will win a solid number of awards, but just not for screenplay. With everything surrounding this film, the screenplay is logistically impressive, although it may be more the director, producer, and actor's ability to pick it up once a week for twelve years and execute it thoroughly. This notion of course speaks to the strength of the script itself, that it didn't get stale or tired after that time. Actually, I'm not sure about the writing history of Boyhood, did they update it on the fly to include modern sensibilities as time marched on? Or was it all written at once to be timeless? Maybe this is actually awesome, although that still doesn't make for a great coherent original writing piece. Well, here you go.

Impressive feats of logistical prowess inhabit the big contenders this year, and the screenplay of Birdman had to excellently account for the nature of its pseudo-one take shot. It had to be timed beat for beat to allow every actor to get into place, and the dialogue must have not only rang true to the characters, but be precisely timed so that one scene could flow into the next without complete disarray. It's also like editing the film while writing the screenplay, because it's not like bits of unused or untrue dialogue could be thrown out or trimmed later. It's such a remarkable achievement that comes down to the writing (see? I at least think one movie is based more on its writing than acting) that really deserves to be honoured. I am therefore not entirely sure why, but no one is really paying attention to this and everyone seems to instead be dishing on Wes Anderson. 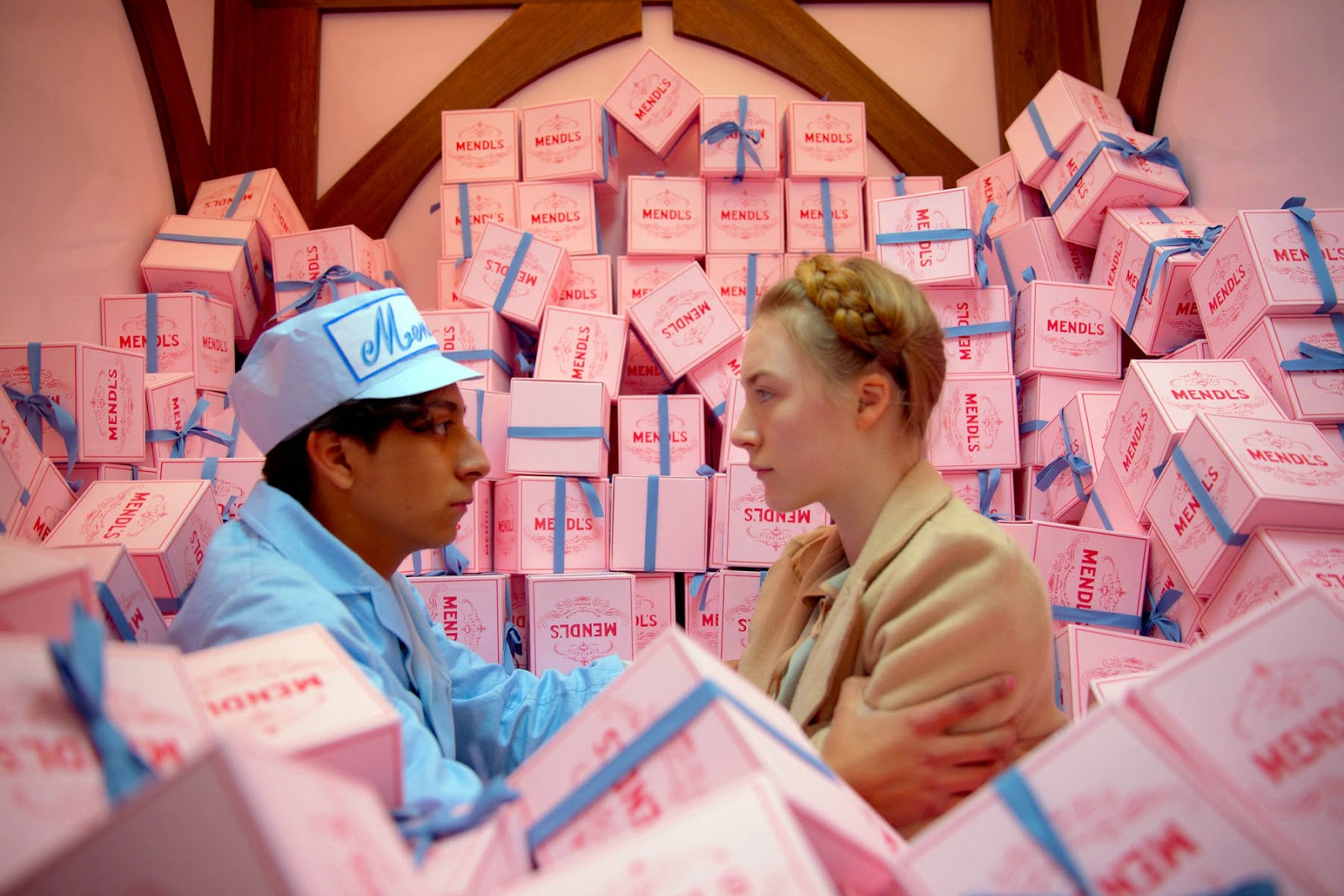 Like the other great Anderson writer/director nominated for his screenplay, Wes Anderson has a handful of nominations under his belt, but he's usually ignored by the Academy. This is his third writing nomination as a matter of fact, with a fourth coming in the Best Animated Film category for The Fantastic Mr. Fox (2009). This award would very much be honouring his career of really good, really quirky writing, and finally putting a stamp on Wes Anderson-esque dialogue. The Grand Budapest Hotel's journey as of late has been somewhat improbable, and it's now a legitimate contender to upset both Birdman and Boyhood for not only this award, but the Best Picture race as well. There's almost little doubt that it sweeps a lot of technical awards, but this would be a very strong indicator that it's a real threat elsewhere as well. The script itself is good, there is no other picture this year that balances so many characters with so little screentime while still maintaining really authentic believability in each.

So, who do you think is going to win each Screenwriting Category? Do you agree with me on Whiplash? Are these really the best written films of the year?