Trends: Robin Hood, the Alamo and Our Bizarre need for Historical Accuracy, 2004 - Present

by Roderick Allmanson at precisely 06:49

This has bothered me ever since the first trailer for Robin Hood (2010) came out. The whole advertising campaign brands this thing as a wholly "untold story" presenting a very realistic version of the Man in Tights. What the hell? It's all grimy and bloody and intense. I was pretty miffed by the whole thing until I started opening my horizon a bit and noticed that this trend extends far beyond the Merrie Men. This is a big trend of the past decade, and if 'Hood's success will be any indication, this decade as well. Let's call it Needless Historical Accuracy.

Let's go way back. Commentators on Monty Python and the Holy Grail (1975) remark that part of the reason the absurd humour works is due to the intense realism of the scenes. Think of the "Bring Out Your Dead" scene. How dirty and miserable that is. The bizarre jokes provide a higher contrast and thus a greater laughing jolt. But we're getting off point, the reason I mention this at all is that the level of realism in scenes like that is equal (or surpasses) many of the films I'm about to mention. Just let that sit a minute.

A friend of mine (you can read him here actually) recently pointed out the differences between the original version of The Alamo (1960) with John Wayne and the more recent "retelling" of the battle with Dennis Quaid (2004). The first film was notable for terrible historical inaccuracies, liberties regarding the premise and causes for battle and generally glorifying American Manifest Destiny attitudes. The second film, while attempting to rectify some of these problems, still had its share of inaccuracy, but purported itself as superior to its predecessor based on its strive for greater realism, both with the battle effects and attention to History.

But The Alamo (2004) is a worse film than The Alamo (1960). Thus we need to ask ourselves: Does greater realism provide for a better movie?* Why bother at all? I remember another 2004 film, King Arthur, which had virtually an identical ad campaign as Robin Hood (plus a blue Kiera Knightly for some reason). Just look at that. The King Arthur media campaign touted the film as the "REAL" story of King Arthur, literally "The Truth behind the Legend!" But of course, try as they might, there really is NO unifying story of King Arthur and his Roundtable, moreover just a wide collection of legends and stories concerning the mythical king. While some Historians for some reason actually defended the research in the film it's stunningly clear that even if the story was remotely true, it remains one of many versions of the legend, all considered legitimate in different circles (side note: while researching this post I found a great piece of King Arthur's marketing program on Wikipedia - take a look).

This trend however, certainly does not extend only to historical epics. The two biggest Superhero films of the past few years have succeeded exactly because of the amount of real they have injected into their respective universes. I speak of the Batman "Nolanverse" as well as the Iron Man franchise. I've already written a bit about how "real world" Iron Man (2008) was (trial and error creation of a suit based on possible technology, fighting ACTUAL American enemies in the Global War on Terror, later in Iron Man 2 [2010] Stark's dealing with some factual political and personal consequences of his reckless actions in the first film). In fact, the largest extrusion of major villain the Mandarin in Part 3 is the fact that his main magic power doesn't click with the establishment of the universe in the real world. Jon Favreau even seems to assume his background will need to be shifted to accommodate his acceptability (some of this is dependent on how Thor [2011] is both treated and received by audiences). 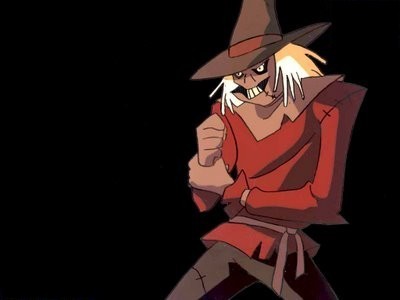 Both Batman Begins (2005) and The Dark Knight (2008) succeeded because of their emphasis on a gritty reality that they simultaneously made palatable to audiences. This style has been attempted again and again to lesser effect. Fans now desire villains that could exist in the real world, or at least a realistic treatment of the fantastic. Villains like Killer Croc, Clayface or even The Ventriloquist are certainly out of the question for future Nolan films (meh, they all kind of suck anyway), but even something that barely stretches the imagination like Poison Ivy or Bane would certainly be out (wait...that's probably a good thing...). It's not necessarily filmmakers fault at all, but it seems as though fans want this real-world treatment in order to accept the story. It's bizarre really.

Even the Good Unfunny Comedy I delved into last month tends to show more realistic reactions to situations and violence than prior years' films have done. Let's expand further to incorporate the documentary-style shows like The Office and Parks and Recreation (or just go straight to Borat: Cultural Learnings of America for Make Benefit Glorious Nation of Kazakhstan [2006] to prove my point).

What did we start this with? Robin Hood? Right. There's no fucking untold story of Robin Hood. The only untold story is some story that some other Hollywood film or TV show hasn't mentioned. Which, if you have a brain you can figure out is any story anybody just makes up about Robin Hood. Men in Tights (1993), THAT was an untold story about Robin Hood. The Crowe Robin Hood may in fact be a very good film, Ridley Scott, if judgment of Robin Hood's trailer is any indication, certainly appears to know how to rip off his own good films. Its marketing is hokey though, and its place within the Needless Historical Accuracy films that place an over-reliance on realism should be assured.

Hey and you heard it here - I warned you guys.

*I'll immediately say a big yes if the film is The Assassination of Jesse James by the Coward Robert Ford (2007) which is a fantastic film (deserved to be on this list) and is supposedly incredibly accurate according to the historical figures' descendants.