War of the Months: February

by Roderick Allmanson at precisely 05:52
Well it's the Third Thursday of the Month, you know what that means! Part of 2011's on-going examination of the greatest films of each and every month, today we're taking a long hard look at the Chilly Month of Love and Groundhogs, February. 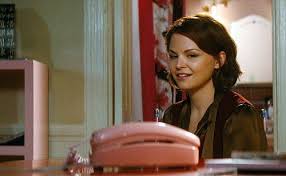 February: Month of Love and Horror

There are a lot of bad movies that come out in February. Not nearly as many as January, but it's still a pretty rough dumping ground. It actually has its share of surprisingly decent ones (more on that later), but for the most part it's still Hollywood Hangover. It's the month to make a quick buck. There are typically tons of Romantic Comedies and Cheap Horror Films both designed to get kids in the sack around Valentine's Day. There also tends to be tons of modern blaxploitation films, possibly either from the shared heritage of crappy Comedies or maybe it's just Black History Month.

February and March are typically months when Hollywood is gearing up heavily for Awards. It's almost as if the studios concentrate more on the great films that came out at the end of the past year than films released contemporaneously. This happens more in January and February, with March showcasing its share of Blockbusters as late, but still wholly aberrant of quality film-making.

If we're keeping track, January's Greatest Month ever was 2010 mostly fueled by the legs of AVABAR (2009). That stood at just a creep over a billion clams (I should write like this all the time). February's Greatest Month Ever is a bit short of that, only $769 Million, which isn't that much higher than the typical January (including this year's). Also like January February has become more popular recently. 2009 was fueled by a handful of decent successes including Coraline, He's Just Not That Into You and the aforementioned Friday the 13th and Madea Goes to Jail. It also always gets a little boost from Oscar Nominees that receive an extended run and interest around this time. See? Flicks from 2008 were particularly strong in this regard (Only 2007 and 2004 nominees have received a higher percentage boost in the past twenty years). This was because most 2008 nominees were small films that no one had seen. Slumdog Millionaire (2008) gained 2,329 theaters and $96.6 million total after its nomination (68% of its Total Gross). So you can start to see where the money is coming from. Not to say it's any huge amount (of all months, only April, September and October are lower), but that's that.

Best Films Ever Released in February:

Now, as I was saying earlier, February has the occasional strange gem among the usual trash. Even one Best Picture Winner from recent memory. It's also interesting that in the mid-1990s we saw a spate of Classic Goofy Cult Comedies, all February Releases. Among these are Wayne's World (1992), Ace Ventura: Pet Detective (1994), Billy Madison (1995), Happy Gilmore (1996) and Black Sheep (1996). Since this streak there have been a spite of pretty decent comedies recently including Saving Silverman (2001), Eurotrip (2004) and Semi-Pro (2008). I actually find myself laughing with all these films tho I realise they won't be found on any other Best Of-List ever. February also naturally features Groundhog Day (1993), which is a fantastic flick, possibly one of Bill Murray's greatest movies where he's not hunting ghosts. I'll add three decent action flicks as honourable mentions, including Pitch Black (2000), Constantine (2005) and Push (2009). But now we'll get into the Top Ten Greatest Movies Ever Released in February:

Before I forget, I don't want to leave out Norbit (2007), Eddie Murphy's fat suit opus. Oh wait...he did that before. Classic February.

So that's that then. Behold the Majesty of the Month of Love. And Snow. Stay tuned next month for our Blockbuster Preview Month, March.

Labels: Movies, Oscars, War of the Months
Email ThisBlogThis!Share to TwitterShare to FacebookShare to Pinterest