by Roderick Allmanson at precisely 22:05
Well folks, we're two weeks out of the Big Night - the 2013 Oscar Ceremony. Over the past few weeks, we've thoroughly analyzed the potential candidates to win awards for Acting, Writing, and Directing. Now it's time for the most prestigious award of the night - Best Picture. A lot goes into Best Picture - it is the combined effort of writing, acting, directing, editing, usually a catchy score and good production, but mostly it's whatever film was able to bribe its way through the Hollywood Award Circuit and is most beloved by the stodgy old Academy. You may check back to this post to cover the rest of those minor, crappier categories, like Documentary Short and stuff, as well as to see our original picks for Best Picture. Yeah, we've changed our minds since then. So, now in order from least likely to most likely to win:

Beasts of the Southern Wild 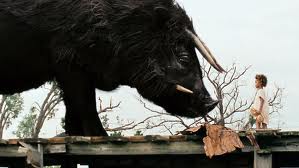 Despite renewed interest in New Orleans and Louisiana with the Super Bowl last week, there is not a lot of attention on this film. That may be because Beasts of the Southern Wild has nothing really to do with New Orleans besides a general setting in a Louisana Bayou against an upcoming storm. Still, it's a miracle this little film got nominated, and an even bigger miracle that a young lady who stole all the craziest letters in the alphabet to make her name was nominated for Best Actress (Quvenzhané Wallis). It's a great achievement for the film but it's going against a slew of powerhouses in the industry, and besides, Hollywood doesn't care about Black People anyway. Just look at the photo of the nominees, it's like a chocolate Where's Waldo game.

Speaking of Black People, there also isn't a chance that Quentin's Southern Western Germanic Epic Tome wins best picture. For one, it has way too many instances of the N-word. More importantly, though, it's not as groundbreaking of a film from a cinematic standpoint as his two other highest Oscar profile films, Pulp Fiction (1994) and Inglourious Basterds (2009). I'd contend that it is a groundbreaking southern western allusion to the aforementioned Germanic Epic Tome with some of the strongest Black Characters in the past decade along with an unyielding black and white morality and brutal assessment of our own horror-filled history that everyone in this country needs to watch and appreciate. But it won't win many Oscars. 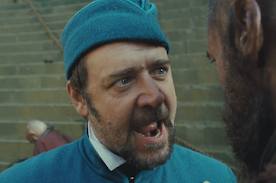 Chicago (2002) won it all a decade ago, can this musical repeat that feat? It's unlikely. Chicago's win wasn't all that memorable and there's a lot stiffer competition this time around. Anne will have her spot in the sunlight when she brings home the Best Supporting Actress Award, but that will be it for this one. It doesn't have the snappy following that many of its rivals have pulled off this year, and despite its following, hasn't been pushed over a critical or cultural breaking point to secure a spot in our hearts like some other flicks have. In short, it's just not up to snuff. Maybe it can legitimize Hugh Jackman's career for a time. Not like he cares, though. 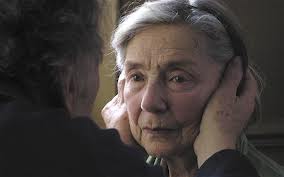 This is another smaller movie that was off the radar before its nomination here. Foreign films don't really have a shot at Best Picture, though, and it won't be widely distributed or seen enough to gain traction before the Big Night. It's only shot is in honoring longtime veteran director Michael Haneke and a handful of actors who had their day 50 years ago such as Best Actress Nominee Emmanuelle Riva. But honestly - you want to talk about honoring an old Director and this is in the same category as Steven Spielberg, who actually only has three Oscars to his name, not a Best Director since Saving Private Ryan (1998) and not a Best Picture since Schindler's List (1993)? Any rationale for Haneke is double for Steve, Mike's out of luck. 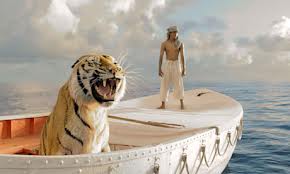 Much of the following nominees are thoroughly and distinctively American in nature. Life of Pi (2012) represents the only film with a legitimate shot that also has some international flavor to it. This has been a trend of late, with wins for such films with international connections such as The Artist (2011) (France), The King's Speech (2010) (UK), and Slumdog Millionaire (2008) (UK/India). It could also be seen as recognition of Ang Lee, who is proving himself to be if not the most gifted Director in Hollywood, then certainly the most versatile, who the Academy snubbed of Brokeback Mountain (2005) in favor of Crash (2004). It is also a virtual lock in many of the technical categories, and that block may push it here, although they're a fairly small number within the Academy. Most likely it will end up like last year's Hugo (2011), which won a ton of awards, but nothing really important. 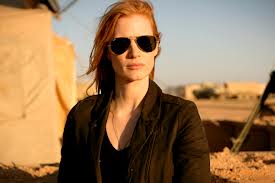 There is a good spirit behind this film, and through some strategic interviews, some of the torture controversy has lessened of late. Still, the controversy really is still there, and it's far too bold of a film for the Academy to recognize with so high of an honor. It has a nice following and can be seen very much as a superior follow-up to Katherine Bigelow and Mark Boal's winner of just about everything important in 2009, The Hurt Locker. With such a recent win, though, the Academy could easily justify spreading the love around a bit more, and although this has a popular and loyal following, there are other teams that have long deserved recognition. All in all, the wins for The Hurt Locker may be what most prevents another here, although of course it's not without precedent. 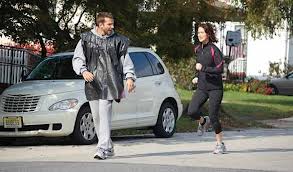 This has been nearly the hottest film of all these as of late. The strongest indication that Silver Linings Playbook's upset potential is the Actors Voting Block of the Academy. David O. Russell is developing a crazy good reputation for being and Actor's Director, and with nominations in every acting category, it's clear that this is a loved Actor's film. It's also becoming a strong possibility that De Niro overtakes Tommy Lee Jones for Best Supporting Actor. If that happens (and J-Law also triumphs over J-Chast), David O films will have produced four Acting Statues in the past two years (the others being Melissa Leo and Christian Bale for The Fighter [2010]). Silver Linings' actors have also been selling the hell out of this movie, and it's currently the only Best Picture nominee that has been in the Top Three of the Box Office for the past three weekends. The only real threat to its anointment is the fact that Romantic Comedies just don't win in this category. The Weinsteins, therefore, have begun trying not to sell it as such. How will it turn out? Who knows, but don't count this one out. 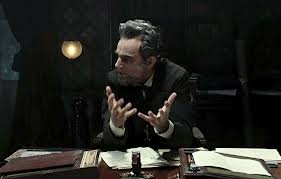 A few weeks ago, this seemed invincible. In an exciting Oscar Season such as this one, though, any film's domination is tenuous. You'll find that we picked this to nab it all during our initial predictions, but that doesn't seem as likely now. As much goodwill as this thing has, interest in the film peaked last November and December. These days everyone has Silver Linings and Argo (2013) on their minds. For the aforementioned reasons to honor Spielberg, this could pull off what would now be a mild upset, but still a deserving win. When the fact keeps settling in that that Spielberg, for all his power, praise, and adoration, has but a single Best Picture under his belt, and that was twenty years ago, a win here seems more certain. It's certainly a safe, traditional pick and wouldn't stir anything too saucy on the part of the Academy, very much like The King's Speech. The only indication that it will lose is really the sheer amount of important indicator awards picked up by Argo. Argo's other nominations, though, are inconsistent with previous winners. If the Show adheres to years past, Lincoln takes it all. 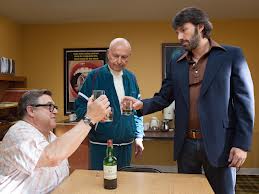 So, here we are. Argo just won the BAFTA for Best Picture, but that was less likely to go to the more uniquely American film, Lincoln than what American Academy voters may decide. Still, add that to wins from the Golden Globes, PGAs, SAGs, and DGAs, and it seems like it's a foregone conclusion to give Affleck the Big Prize. Of course, we may note that the grand total of films that have won this Award without a Best Director Nomination since the 1930s is one (Driving Miss Daisy [1989]). Argo is also unfavoured in any other category. The last film to only win Best Picture was Mutiny on the Bounty (1935). So, this will either be the first time in nearly eight centuries a film will accomplish this feat, or it will pick up something else as well (likely either Editing over the favored Zero Dark Thirty, or Adapted Screenplay over the favored Lincoln). OR it won't win anything at all. If it picks up one of these awards at some point during the evening, it will likely go on to Best Picture. If not, Lincoln is more likely, but certainly not a total lock. There are a few big underlying questions - does the Academy honor Ben's achievement as a director as they did with his writing for Good Will Hunting (1997)? How will they feel about their industry in the forefront, saving the day in this film? Why is the frontrunner for Best Director unnominated?! Ultimately, it's going to be a wild night.

Who do you think is going to win the Big Prize? Vote in the poll on the upper right side bar!