by Roderick Allmanson at precisely 18:16
Everyone has a different idea of what the Oscars represent. To some they are an aloof ceremony that foregoes recognizing the biggest films of the year. Where are all of Michael Bay's Golden Statues? The man has been robbed, so sayeth every 14-year old boy who saw Transformers: Dark of the Moon (2011) opening night. On the other hand, the Awards could be seen as a total popularity contest - only honoring films that fall within this very thin spectrum of critical and commercial success.

This is not always the case. As recently as 2009 we had the ultimate battle between the highest grossing film of all time (AVABAR) and The Hurt Locker. The latter of course won it all and became the lowest grossing Oscar Best Picture Winner of the past thirty years. Other films find success through their very nomination itself, leading to the so-called "Oscar Bump" (a fine breakdown of which may be found here, which calls it a "Boost." whatever). Note how a film like The Artist (2011) was able to more than double its gross after its nomination.

What's the point of all this? For whatever reason, we are in the age where Oscar Films have become a mainstream part of the zeitgeist and not just obscure films picked by an aloof Cabal of Motion Picture Arts and Sciences. There is some factual doubt that is ever was the case, but the image of a stodgy, secret, ablative society that judges who gets these awards persists in common culture.

Anyway, let's go through the last few years, all the way back to 2008. That year is important in Best Picture history, because it represents the critical breaking point for mainstream vs. obscure critical darling films. Chris Nolan's The Dark Knight (2008) was left out of the ballot box, and instead the Oscar eventually went to the highest-grossing nominee of that year, Slumdog Millionaire (2008) ($141,319,928). By the way, did you know that Slumdog made $141 million? I had no idea before looking this up. The only other film to crest the century mark was The Curious Case of Benjamin Button (2008), which in my memory, was the only major nominee that year. How did that happen?

Let's look at Box Office Mojo's breakdown for that year here. You can see that Button made most of its buck through natural success. Slumdog, though, gathered its cheddar in three big phases - pre-nomination, post-nomination, and post-win. It's clear that the nomination itself helped this film, as did the win, because everyone wanted to see what the fuss was about. Slumdog may not rank as one of the best Best Picture winners of all time, but it is still a pretty good movie. The general discontent that surrounded this thing and the perceived snub of The Dark Knight led to an expansion of the number of nominees in the Best Picture Category. This was a veiled attempt to allow both the normative nominees (those critical/commercial thin-line walkers mentioned earlier) and the bigger successes. This has had a varying degree of success. Most notably, though, it has also allowed really crazy crap like Winter's Bone (2010), The Tree of Life (2011), and Beasts of the Southern Wild (2012) into the Oscar Discussion. Which is awesome.

$100 million is a fair standard for a widely successful film. Judging the Best Picture Oscar Nominees since Button and Slumdog in 2008, we get the following numbers:

We may also note that in 2010, The Social Network and The Fighter came pretty damn close to our standard with $96 million and $93 million respectively. Also, this year still has some room to grow, with Zero Dark Thirty (2012) at $88 million right now and almost certain to pass $100 if it gets some Oscar Love. 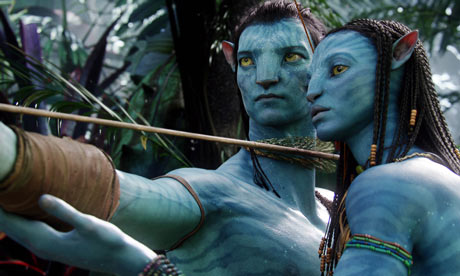 So what can we say about this trend? Of all these films, none in the past two years could be considered Blockbuster Tentpoles (defined as high-budget event films with heavy studio backing and the goal of mainstream appeal, released in either the Summer or Christmas Season). The only films of these sort are AVABAR, UP, Toy Story 3, and Inception. Of these, AVABAR is sort of an anomaly due to its launch at a perfect time of 3D Spectacle and while the pair of animated Pixar films were legitimately some of the most critically and commercially successful films of their years, they never had a real shot at Oscar Success in the major categories (they picked up nods for Best Animated Film as well as Best Score and Best Song, respectively). That basically leaves us with Inception as the only Best Picture Nominee since The Dark Knight that fits in the mold of The Dark Knight. Yeah, that does make sense.

Looking at this lot, it's clear that 2010 and 2012 offered us some of the more meatier Best Picture entrees. The Best Picture battle between The King's Speech and The Social Network that pitted heady historical drama with razor-tongued modern history surely drove interest in the race both culturally and at the cinema. Likewise, we may realize just how bad a year 2011 was in that a film like The Artist was able to run away with the Grand Prize with virtually no competition.

Our current nominees offer us mostly drama films with hints of modern warfare (Zero Dark Thirty), fantasy (Life of Pi), history (Lincoln), and revisionist history (Django Unchained). There's also a musical (Les Miserables), a foreign film (Amour), a family drama hidden in a romantic comedy (Silver Linings Playbook), and a classic independent subject and feature (Beats of the Southern Wild). And they may be taken down by a spy film much more unique and revolutionary than Skyfall (2012), albeit without any of the cache (Argo).

None of these are really all-powerful blockbusters. Some are indies scrapping the barrel. Most lie in this weird spot that's suddenly only reserved for Oscar films. We've gotten to a point where there's no reason to see a film like Argo in theaters unless it's an Oscar Nominee. Just look at The Master (2012), which is superior to all of these, yet burdened by its inaccessibility. Thus we find another part of the package. Oscar movies must not only be critical and commercial successes, but they must be marketable as well. It's a new age where strategic positioning for nominations and wins can greatly extend the life of a film, and this cash flow becomes the source of the ongoing studio desire to finance such films, in addition to the prestige associated with the industry's highest awards.

So what are we left with now? The Oscars aren't really recognizing the best films of the year (The Master), the films that will prove the most culturally (and industrially) influential (The Avengers), or even give a single nod to a mainstream blockbuster film superior to the one that started all this jazz (The Dark Knight Rises). What are they all about then? How about just a fun night with some legitimately decent flicks? I'll take it.

This trend will continue. These middle-ranged $100 mill dramas are what Oscar splits its back on. They're mainstream enough to have mass appeal, strong marketing pushes, and a wide base of support while maintaining credibility as being smaller underdogs or "hidden gems" of some kind that elicit a kind of independent sensibility, even if the term doesn't necessarily apply. And of course, Best Picture is just going to whoever has the most support. In the past couple years, that's been both The Artist (The 71st Highest Grossing Film of its year and the 7th Highest Grossing Best Picture nominee), and The Hurt Locker (116th for the year / 8th among BP noms).

In short, who knows?

The Oscars come on this Sunday, 2/24/2013. Who do you think will win it all? Leave a comment below or vote in our poll to your right!