by Roderick Allmanson at precisely 14:13
I have done the television recap many different ways here at Norwegian Morning Wood, but considering how little good TV I actually watch, last year's slop-o-rama method of rambling about my favorites tends to work for me. If you're into it, you probably should have watched Game of Thrones or Westworld, but I really just digest every comedy show available. Here's a smattering of what worked this year: 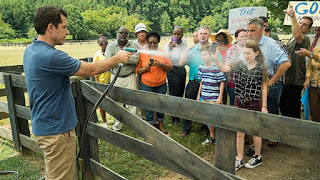 This was a bit of a guilty pleasure that dropped this spring on TBS, didn't make too much of a splash, then quietly left without anyone talking about it - but damn if this show wasn't an inspired bit of condensed excellence. Jason Jones and Natalie Zea star based on Jason Jones and Samantha Bee's personal family road trip experience, which is altogether terrifying. I was never even that much of a fan of Jason Jones on The Daily Show, but he wins the exasperated dad trope here in spades with Zea existing as a perfect counter mom who's half burn out and half wannabe party girl. The kids are also perfect, learning about life in all the wrong ways. 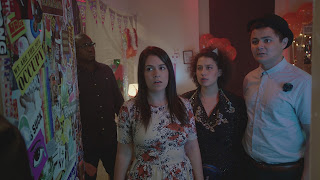 Broad City may not have hit the heights of Season Two, but is still one of the freshest comedies on television. In an age where we get more dramadies or dry subtle exercises in millennial life complaining, a show that goes completely nuts like Broad City is a revelation. There was actually some attempt at character and relationship growth this season, but the writing is playfully as reluctant as the two eponymous broads. At times it almost seemed like Abbi and Ilana switched personalities as they grow and become bigger or lesser assholes. It's all a dream. 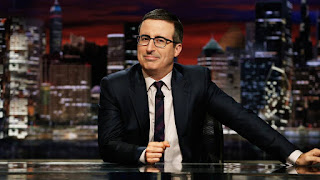 I cited John Oliver last year briefly, but his stock only rose in this third year at the helm of his version of The Daily Show that goes for more righteous outrage at low level policy shit we never think of, but also really hit its stride while resisting Trump discussion, then going for it balls deep. It's a solid Monday morning routine to YouTube the hell out of his main story, which continually proves to be one of the most thoroughly researched pieces of media available, without pretension of ad pandering, even if it weighs hard on its bias. Putting comedy first allows Oliver to get away with a lot, and he works as a righteous Twitter Troll as much as he does a comedian. 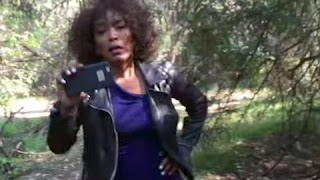 I've already talked at length about how much I love this schlock, mostly because it's simply excellent trash TV. This season gets props, though, for spinning things into continuously surprising and meta-plot bending ways. It's not like the first half of the season is bad, but it's pretty standard horror stuff, even if the Roanoke twist is decent. At the midpoint, though, "Chapter 6" directed by the amazingly assured hand of Angela Basset of all people, the show upends itself, offering a revitalization in the middle of a show that tends to slog more than pushes forward. It's always take it or leave it with AHS, most often the latter, but Roanoke swung for the fences and made its commentary on television, celebrity, and every staple of modern horror TV along with its own scares. 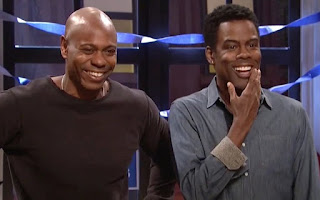 So this is quickly becoming just a recap of the most notable episodes of the year. That's fine. SNL started off typically rocky and then hit its stride in a big way with the Halloween Tom Hanks episode. Do I really need to link it? Fine. Linked. That was nothing, however, compared to the absolute brilliance a few weeks later when Dave Chappelle returned to television. It's not like Chappelle has a big SNL history or anything, but as one of the more unlikely now immortal names in sketch comedy, he brought an impassioned monologue, a tearful Kate McKinnon opening, and lots of laughs at both the white liberal elite who took Hillary's win for granted and a few nervous chuckles at the sheer horror of what Trumpland, USA will bring. A Tribe Called Quest was a perfect pairing with some tracks more insightful and political than anything SNL can really do lately. Complaints of how bad current SNL is has existed since Chevy left, but this one was truly special.

Game of Thrones and Westworld are popular, but no show seemed to be a force like Stranger Things was this summer. It's more a hodgepodge of old 80s tropes than its own thing, like a version of Super 8 (2011) that doesn't suck, but damn if this wasn't addicting television. Winona Ryder overacts more than she's been called out on, but everyone else, from the wiener D&D kids to David Harbour are spectacular. Barb is a cultural hero, even though she's actually only in two episodes. There was a lot of bits to love here, especially dreamboat douchebag Steve. The second season promises to explain more shit, but I'm not sure we need it.

You're the Worst - FXX 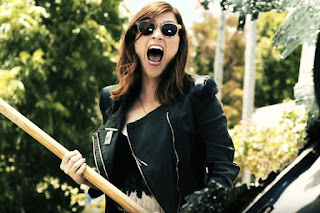 Here's another show that may not have reached the peaks of Season Two, but still had some damn good standout episodes. Ostensibly about two broken people trying to find meaning in damaged lives, but as a comedy, somehow this show found its best footing when it moved beyond its two leads and focused on its peripheral characters, who all probably had worse lives this year. The standout episode focuses on Iraq Vet Edgar's perspective of the previous episode's events, and it's a stunning empathetic look without ever becoming voyeuristic or exploitative. By the end of the season everyone's lives are somehow more melted and destroyed than the pitiful shambles they were in at the start, and although no one watches this show at all, it somehow keeps surging back for more misanthropy. 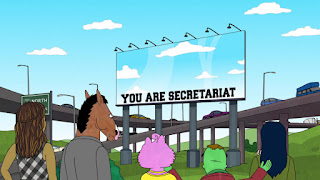 This is an easy pick for best episode of the year, and a strong contender for best show as well, but it comes in at a stronger number two here. Every character is subtly pushed away from each other to the point that the show's mix is nigh unrecognizable from the initial gang at the start. It's a show that's so counter to what Horsin' Around actually was that pours on irony and meta-commentaries on what it takes to actually make a good show. Somehow it finds ways to unearth yet unseen bits from these characters' pasts and even though it ends on an incredibly touching and sad note, the (mostly) dialogue-free "Fish Out of Water" is a wonder to behold - the kind of episode where you remember where you were when you watched it and was completely floored. Everything is executed to perfection. Not to mention how a continuous string of non sequitors and running jokes add up to the biggest eye-rolling payoff in television history. It's that worthy of hyperbole.

Best Episode: "Fish Out of Water" 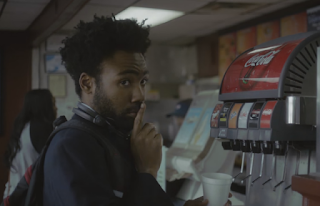 Ah the best show on television. Atlanta is the brain child of Donald Glover with a few collaborators, but mostly it's his chance to go nuts with whatever he wants to do. It was toughest to pick a single best episode, since all deal with such distinct themes unified by a rare look at lives led by people who aren't usually on television. Lovable rappers, drug dealers, and homeless, sometimes all at once, all analyzed under a hard lens of more cultural exploration than chastises of racism, and always giving the option to laugh if you want, or think hard about the implication. There are a lot of standout moments, and most would probably choose "Nobody Beats the Biebs" for its weird revelation that this universe is off, or "The Streisand Effect" for its excellence in writing, irony, and intersecting plots, but I dig "Streets on Lock" and "The Club." The latter wins for bending reality again, while providing simultaneous relatability with specific cultural assumptions rather than showy revelations. It's top to bottom the best show we got in an era of plenty of good shows. You can chill to it, become engrossed by it, laugh, cry, or all at once. Plus the soundtrack kicks everyone's ass.

I watched some of these, passed on some, didn't get around to others, but in this era of Peak TV if the above doesn't wet your whistle, here's what else Time Capsule 2016 has to offer: