by Roderick Allmanson at precisely 12:54
We don't JUST ramble about Star Wars here at Norwegian Morning Wood, sometimes we even listen to music. 2017 was...not great. The cats at the top made some pretty killer albums, but generally singles tended to blur together. The Summer Jam 2017 was actually a decent ride, though. "Despacito" as far as Global Pop Hits go, is pretty damn decent. Let's start with the most popular or notable singles of the year:

And let's just BOLD my Top Ten as we move through the year. You don't want to see all this repeated anyway, and most of what I loved made it into the zeitgeist, or at least my personal zeitgeist.

Artist of the Year:

There are a lot of good people in the running on this one. Katy Perry really tried to have a great year and totally failed. Taylor Swift did better, but is way too partisan. Lady GaGa opened up awesome at the Super Bowl, made a really egocentric movie, and released a few kickass singles that didn't really catch on. Bruno Mars dominated early and held on like somehow only Bruno Mars can do now.

Selena Gomez is silently our runner-up. She keeps making incredible beats that don't seem to get proper recognition and at one point was featured or starring on two massive tracks this summer. "Bad Liar" was a weird ass video, but she's still amazing on it.

But really, this is the year of Kendrick Lamar. He'll get his Best Hip-Hop Album Award from Norwegian Morning Wood a little bit later, but he had a massive crossover hit with "Humble.", some harder tracks here and there and was a non-stop presence in the music world. This was a good year for a lot of newcomers, too, so we might as well announce the-

Newcomer of the Year:

Fifth Harmony breakout Camila Cabello diversified herself and made us question why we were never able to distinguish her from the rest of that group. There are so many other hot artists to come out of 2017. Post Malone had a couple huge hits, Logic is on the scene, Alessia Cara has one of the greatest new voices. It's hard to even remember that prior to 2017 no one had heard of the Migos.

In addition to Camila breaking off from Fifth Harmony this was the year that all the One Direction boys blasted off. They've all made far more tolerable tracks than they did together, which is certainly all about them having some more autonomy and older perspective. Harry Styles we kind of new would be the best, and he was, but Niall Horan is also cranking out great stuff now.

But there's no real contest. 2017, welcome Cardi B. I don't even really like her voice, it's too harsh for me, but her turn on "No Limit" is solid as hell. Going from stripper to global superstar is no small feat, and by September this woman was in charge of the world. "Bodak Yellow" was a massive song and I'm excited to hear her take a lozenge and come out with something else.

Albums of the Year:

I had trouble finding a good Rock album this year. Rock is dead, I suppose. Portugal. The Man did some great stuff, and if you count Harry Styles, which you could, there's some really interesting directions this year. Queens of the Stone Age made some good shit that no one listened to, but there's better stuff out there.

That better stuff is Father John Misty's Pure Comedy. Somehow more commercially popular than his previous I Love You, Honeybear, it's also less catchy and more subversive. He winds around folk poetry, requiring a keen ear and an open heart, flirting with pretension and sometimes crossing that line, but generally crafting earworms in addition to the most socially and spiritually conscious album of the year.

Kendrick Lamar - DAMN. There was a lot of good Hip-Hop this year but no one is proving themselves the master that Kendrick is. I had high hopes for Tyler the Creator's Flower Boy because the singles were so strong, but the album left me wanting. Kendrick meditates on some big ideas, both personal and political, always weaving his own place in the world and connecting it to the album at large. Kendrick expresses his loneliness, desperation, demons, and hope over the sickest beats of the year.

Runner-up: Jay-Z, 4:44. Jay-Z doesn't seem to be getting a lot of credit at year's end here. I have a conspiracy theory that DAMN. for all its majesty is better suited for sympathetic white critic ears while 4:44 throws the gloves off and attempts to be a completely black album for black ears. A lot of it can barely be considered rapping, which is why it's tough to single-ize. I mean, is your big track, "The Story of O.J."? That's not nearly radio-friendly. Jay-Z writes a confession to match Beyonce's Lemonade anger and it holds up if not nearly as listenable. That might be why he's favored making short films with barely a few lines of music and more focused on the black experience. It's amazing what an artist can decide to do when he no longer cares about money or sales, and this is a monumental step in a direction away from "Big Pimpin'", even if some of the message gets too obfuscated and symbolic for its own good.

Overall Album of the Year: Rainbow by Kesha. Yes, she dropped the $ and made the most simultaneously hopeful and painful album of the year. This album works in context because you know it came out of such fire but Kesha is phoenix-ing hard. She neglects auto-tune completely and creates a new sound totally free from her party-anthem ways (okay, there's a bit of "stardust" in there). It's refreshing, lovely, and beautiful. Kesha throws off all shackles and judgments and shows us that we too can be happy with who we are, resilient, proud, and beautiful, too. It's a trip.

Runner-up: Lorde, Melodrama. I guess I never thought that Lorde actually left us, but damn it's been a while since Pure Heroine. I think this is because Randy Marsh never left us. Melodrama is an older (yeah - 21 instead of 17), and that blase attitude towards pop culture is still there, but re-energized and focused like an older artist can reflect on. Yes, an old 21-year old artist. She puts aside any concern she'd be one and done and adds a lot of great radio hits as well. 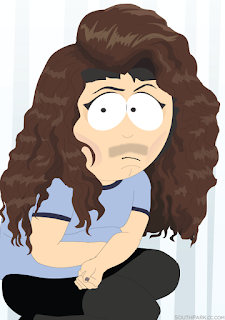 Music Videos of the Year:

Kendrick Lamar - "HUMBLE." because of course it's addictive and engaging - money, ho's, and popes:

Tyler the Creator - "Who Dat Boy" Somehow a lot of Tyler got on here despite not doing all that much this year. This is also a video I can't stop watching due to its brutality, identity-playing, and the surprisingly charismatic turn by ASAP Rocky. And Tyler's incredible physical acting.

Portugal. The Man - "Rich Friends" I love a good video gimmick, and this is a creative use of pop-ups and Dennis Reynolds.

Young Thug - "Wyclef Jean" So, Young Thug actually had a great year, but this amazing video speaks for itself. Watch the #1 video o the year: