by Roderick Allmanson at precisely 18:22
Alright folks, we are wrapping up our Pop Culture Look-back at 2011 today with everything movies. From trailers to posters to moments to the actual films, we've got it all covered here. There were plenty of good flicks that came out of 2011, from a Top 10 at the Box Office that includes only Franchise Films to an Oscar Race that looks ridiculously bereft of any really popular flick besides The Help, it was quite a year for cinema. Let's start innocuously enough with the three greatest posters of 2011: The Ides of March is very cool, slightly unsettling, and displays a good indication of the character relationships through a clever juxtaposition:

This relatively low profile film about Saddam's little boy, The Devil's Double contains a great performance by the dude who played Tony Stark's pa in Captain America along with a poster that looks like Kanye West's house:

Finally, the sexy, iconic poster for Bridesmaids gives us the allure for one of the year's best films, every expression screams that this isn't a chick flick nor is it your typical Apatovian Comedy.


Most Entertaining Films of the Year:

Now this time of the year every website and critic has their own best of list, and usually it's filled with either films no one has ever heard of or films that we've only heard of because we've seen them on other lists all over the place. I've always wanted to buck that trend by exclaiming a love for certain films and moments that were just fun in the theater. These didn't really challenge audiences intellectually but there were certainly a good crop of mass-produced studio crap this year that shouldn't really be in the running for any serious best-of list. Thus, here were some of my favourite movies and moments of the year, plenty of spoilers ahead. Luckily, because it's 2011 we can do goofy shit like Top 11s of everything. Let's do the Top 11:

#10: The kid's homemade movie at the end of Super 8
#9: Justin Timberlake gets wet after his awkward dry hump of Cameron Diaz in Bad Teacher
#8: All of Jason Sudeikis' pick-up lines in Hall Pass
#7: "What would you do without me, Prime?" "Let's find out!" from Transformers: Dark of the Moon
#6: Tom Cruise scales the Burj Khalifa in Mission: Impossible - Ghost Protocol
#5: Magneto moves the Satellite Dish to thunderous laughter and applause in X-Men: First Class
#4: Thor shows how powerful he really is vs. the Destroyer from THOR
#3: It happened again - The Hangover: Part II
#2: Captain America goes on his first mission after touring Europe in Captain America: The First Avenger
#3: "Harry Potter...the boy who lived...come to die" from Hairy Pothead and the Breastly Swallows: Fart Poo
#1: "Am I a man? Or am I a muppet?" from The Muppets

Top Actors and Actresses of the Year:

This year was easily dominated by two actors and actresses. For the dudes' side Ryan Gosling transformed into the talk of Hollywood with a charming role in Crazy, Stupid, Love., then wowed us in two Oscar-worthy flicks in the political thriller The Ides of March and gave us a new iconic scorpion-jacket wearing stoic bro in Drive. Michael Fassbender also had a landmark year, after Jane Eyre, he shifted accents around but maintained a tortured focus as Magneto in the excellent X-Men: First Class he provided us with one of the best performances of the year in Shame as well as A Dangerous Method. Other dudes of the year include Justin Timberlake, Johnny Depp (is there ever a year where this guy isn't one of the biggest names?) and George Clooney (likewise!) 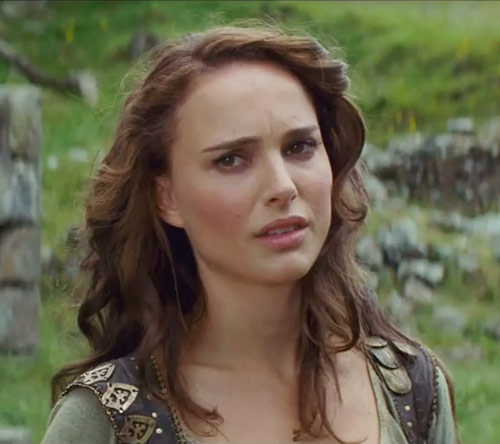 As far as the ladies go, Jessica Chastain has been acknowledged as the Queen of 2011, though she hasn't really been mainstream outside of The Help. She's quickly become a go-to actress for high-profile critical hits like The Tree of Life and Coriolanus, among a ton more. This was also a great Year of Portman, although she tended to be overshadowed in THOR, Your Highness was a dud and No Strings Attached proved to be the weaker of the two "Fuck Buddy" movies this year (that winner being Friends With Benefits). Other big actresses include Olivia Wilde, Emma Stone and Jennifer Lawrence, although Jennifer's hype is more for Oscar notice from Winter's Bone (2010) and anticipation of The Hunger Games (2012).


Top Films of the Year:

It hasn't been an exactly obvious year regarding the best movies, although there were certainly a large number of high-quality action films, most of which had Marvel Comics tags on them. That said, the big Oscar buzzes are coming out of most of the following, which include a healthy mix of mainstream flicks and the typical quieter artsy pics. Before we get into NMW's Top 11, I want to mention a handful that didn't make the cut but are probably high on other lists. These just aren't our style: Beginners, the best Father-is-Gay movie in years, Midnight in Paris...we've never been big on 21st-Century Woody, Extremely Loud and Incredibly Close, this is just begging for Oscar now, Shame, so sexy, My Week with Marilyn, inspired Michelle but not much else, The Iron Lady, inspired Meryl but not much else and finally, Moneyball, baseball is bad enough without sabremetrics. There is also this weird indie existential, meaning-of-life trilogy of The Tree of Life, Melancholia, and Another Earth. And Meek's Cutoff. None of these made my list. Let's dive in now to our Top 11:

#11: A Dangerous Method, one of the more intriguing films of the year
#10: Hugo, Scorsese does a kids film like he does every film: excellent
#9: The Rise of the Planet of the Apes, somehow this worked out. How did this work out?!
#8: The Descendents, Clooney has become the perfect screwball actor with just the right mix of sad and goofy
#7: The Artist, also how is this leading Oscar contention right now? I'd love the postmodern ramifications of a silent, black and white film winning it all in 2012.
#6: The Girl with the Dragon Tattoo, the Feel-Bad Movie of the Year
#5: Bridesmaids, comedy of the year, the game changer, and finally the launching pad for Melissa McCarthy and Kristen Wiig
#4: Attack the Block, otherwise known as a clinic in how to handle subaltern alien invasions that every film from Skyline (2010) to Battle: Los Angeles can learn from
#3: Rango, one of the most beautiful and uniquely animated films in years that featured an intriguing existential character study, spectacular
#2: Drive, Go Scorpions!
#1: Tinker, Tailor, Soldier, Spy, the best cast flick in ages that leans on Gary Oldman, the way it should be

Lastly, we'll look at the best trailers of the year, because half of these won't come out until 2012. We only have nine because we only thought nine really stood out, which is the best reason to make a list ever, no arbitration here. Clearly. We have divided these up a bit:

Great Trailers cut from Terrible Films:
#9: Battle: Los Angeles, because it takes a lot to cut a trailer this good for such a shitty movie.
#8: American Reunion (2012), which hasn't come out yet but somehow it actually looks funny. The American Whatever movies have certainly had some diminishing returns - do we dare hold our breath?
#7: G.I. Joe: Retaliation (2012), one of the coolest trailers of any film of the year, the first Joe wasn't actually terrible, and adding The Rock and Bruce Willis (they really should have kept that underwraps, that would have been a surprise cameo better than Bill in Zombieland [2009]) legitimizes it so much. Oh Fuck - Cobra's got the Whitehouse! It's as if it's predicting a Rick Perry Election!

Great Trailers that Build Anticipation:
#6: The Avengers (2012), reminds us of those old Spider-Man 2 (2004) or X2: X-Men United (2003) trailers that really captured that boiling excitement of finally seeing these heroes on the big screen. Even with each character's movie already established to see everyone sharing the screen together with promises of a nasty Loki villain and plenty of explosions and a tumultuous inner-Venger dynamic, the trailer does well to prove that The Avengers will be worth the hype.
#5: The Dark Knight Rises (2012), I don't have a problem with Bane's speech. It seems fine. Already Bane has been established as a villain much different than the maniacal Joker, instead someone cold and thinking that by all indications will destroy the Batman. The only thing in this trailer that makes it seem like Bruce can succeed is the film's title - quite the Nolanesque meta-dichotomy to ponder going into this one.
#4: Harry Potter and the Deathly Hallows: Part 2, the climax of this trailer is outstanding, demonstrating a ten-year history of character development, outstanding action and a final duel between Harry and Voldy, as Potter casually calls him "Tom" you know that he has fully embraced his destiny and no longer fears death or Voldemort, a big part of the film. It's the kind of trailer that I watch and then want to see the film afterwards, even though I saw it months ago.

Great Trailers that Demonstrate the Emotional Content of the Film:
#3: The Girl with the Dragon Tattoo, a sharp, well-performed rendition of "Immigrant Song," harsh cuts and an eternally bleak atmosphere perfectly encapsulate a tease for this film
#2: Prometheus (2012), with visuals and extreme emotional content that demand attention, if the film is anything like this trailer it should be one of the best original (or part of Alien, whatever) flicks of 2012.
#1: Shame, with an trailer that adeptly captures the spirit and tension of the film along with Fassbender's character by splicing around a single scene, this the Best Trailer of the Year. Also be warned that this contains boobies.

Well people, that's it. That was 2011. Stay tuned as we look ahead at 2012 and all the other crap coming down the pipe. Happy Old Year!