by Roderick Allmanson at precisely 20:13
Hello once again folks to this week's lookback at the best, biggest, and brightest bulbs of 2011. Today we're reminiscing about the Modal Nodes of the past year, the songs, the albums, the trends, music videos and everything else we can think of. This really was a big year for a handful of artists and it's difficult to talk in depth about all of them, so let's tear this apart piece by piece:

Song of the Year: "Rolling in the Deep" by Adele

Unfortunately I am so completely numb to this track because of its incessant overplaying, but it had both the critical success, longevity, and popularity to heartily secure a top spot for the year, even if LMFAO's "Party Rock Anthem" beat it for Summer Jam. Now, there were certainly a ton of songs emblematic of 2011 but let's go through just a handful:

Runners Up:
"I Just Had Sex" by The Lonely Island
"Firework," "E.T." and "Last Friday Night" by Katy Perry
"Black and Yellow" by Wiz Khalifa
"Buzzin'" by Mann ft. 50 Cent
"Moment for Life" by Nicki Minaj ft. Drake
"Born this Way" by Lady GaGa
"Just Can't Get Enough" and "The Time" by The Black Eyed Peas
"Look at Me Now" by Chris Brown
"Down on Me" by Jeremih ft. 50 Cent
"Grenade," "The Lazy Song" and "It Will Rain" by Bruno Mars
"How to Love" by Lil Wayne
"Give Me Everything" by Pitbull
"Till The World Ends" by Britney Spears
"Tonight I'm Lovin' You" by Enrique Iglesias
"On the Floor" by Jennifer Lopez
"Party Rock Anthem" and "Sexy and I Know It" by LMFAO
"Moves like Jagger" by Maroon 5 ft. Christina Aguilera
"Superbass" by Nicki Minaj
"S&M" and "We Found Love" by Rihanna
"Someone Like You" by Rihanna

Now for The Best Singles of 2011:
"Fuck You" by Cee Lo Green
"Changing" by The Airborne Toxic Event
"The Dog Days are Over" by Florence + The Machine
"6 foot, 7 foot" by Lil Wayne
"The Show Goes On" by Lupe Fiasco
"Make Some Noise" by The Beastie Boys
"Pumped up Kicks" by Foster the People
"Paradise" by Coldplay
"Walk" by The Foo Fighters
"Yonkers" by Tyler the Creator
"Lonely Boy" by The Black Keys

Album of the Year: 21 by Adele 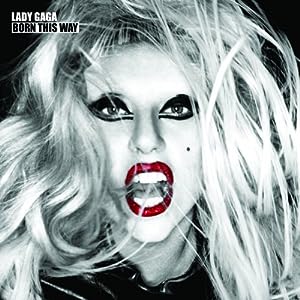 Adele gets the Number 1 Album of the year but there were certainly some other bright spots. The Red Hot Chili Peppers launched a very complete set of songs with I'm With You and the Beastie Boys set new white rapping heights and some incredible beats with Hot Sauce Committee, Part Two. Adding to an assault on the rap world was Kanye and Jay-Z's Watch the Throne collaboration, which would seem to defy almost every common way to release and promote an album, a truly charitable and humble gesture if not for the incessant lyrics about how awesome and rich they are. Lastly we have GaGa's Born this Way, which I believe is an album that will last longer than it appears, although upon first listen it doesn't appear to be anything worthy of its own hype. The songs are very wide-ranging in blending genres while also catered more and more to a very specific audience. Time will tell. Finally, to finish off the year Coldplay gave us Mylo Xyloto, possibly their last album and more than likely their greatest.

Artist of the Year: Adele

With the Top Track and Album of the year, Adele owns 2011. Katy Perry put up an extremely strong fight but essentially Adele was able to nab the title because her songs aren't terrible. There were plenty of other chick competitors from Dev and Nicki Minaj to GaGa who seems to be putting out a greater amount of niche hits rather than strong mainstream work like Katy Perry. There were also strong revivals for Christina Aguilera, Britney Spears, and Jennifer Lopez. Yep, it was pretty wacky. Throw in a few decent hits by Kelly Clarkson and we might as well be traveling ten years backwards in musical pop culture. Towards the end of the year, Beyoncé and Rihanna also surged to push the Pop Queen Title of 2011 into blurry distances, but by that point "Someone Like You" simultaneously secured Adele as the Queen Bee.

Three of the hugest old-but-not-that-old rock groups in the world also all had great years. The Foo Fighters may have enjoyed the most success early on although Coldplay ended the year fantastically, while the Red Hot Chili Peppers delivered one of the most listenable albums of the year along with the mild hit "The Adventures of Rain Dance Maggie." It's pretty notable that all three of these groups delivered some tunes as good as they've ever done. All of these guys are dwarfed commercially, tho certainly not critically, by Maroon 5 who had a banner year, halfway due to Adam Levine's presence on NBC's only hit that isn't Sunday Night Football, The Voice. Cake also put forth a new album, which has some great tracks but didn't make all that big of a splash.

New as a solo artist but certainly not the industry, Cee Lo Green had a tremendous year that he has mostly turned into a couple TV Gigs. We can also mention Cali Swag District coming through for Hip Hop as well as Flo Rida whose "Good Feeling" got huge at the end of the year, incredibly giving Rida a Winter Jam-worthy track. Lil Wayne and Drake seem to always be present, as are Kanye and Jay-Z who collaborated on one of the better albums of the year, Watch the Throne. Blink and you'd miss Dr. Dre this year.

There were some other artists who had had only small hits before 2011 but really landed on everyone's radar, including Cobra Starship, The Black Keys, Gym Class Heroes, and Cage the Elephant.

New Artist of the Year: Adele

Adele is sweeping everything, clearly. There were tons of these kinds of pop/rock chicks that seemed to rise out of no where like Christina Perry, Skylar Grey, Demi Lovato, and The Band Perry all vying for those Sara Bareilles-type music. Alongside Adele with quality far superior to any of these chicks though is Florence + The Machine, which seem to come straight out of Stevie Nicks' linen closet. We were also treated to Dragonette's fantastic voice on Martin Solveig's "Hello." With Solveig and David Guetta it seems as if we've somehow arrived in the DJ age, which is...terrible.

Concerning Hip-Hop DJ Khaled, Tinie Tempah, and New Boyz all had pretty big years, but I don't see any of these cats lasting all that long. Rather Wiz Khalifa seems to be this year's B.o.B., with enough talent to rap alongside the big boys. Big Sean is in about the same boat, and if these rappers need to do anything it's to try to differientiate themselves. Much less mainstream but Tyler the Creator is probably the best artist to come out of 2011, tho his variety of emotionally intense and verbally abusive metal-hop isn't likely to catch radios on fire.

This was actually also a great year for rock bands. The only success story better than Adele may be Foster the People, whose "Pumped up Kicks" should propel them into rock relevancy. Other quality rock artists include Young the Giant, The Joy Formidable, Hollywood Undead, and The Naked And Famous. There is a certain airiness to some of these cats and it's tough to say if any of them will be relevant in 10 years' time. Superheavy, a new band full of...very old people, is one of the funkier sounds to come out of the year, but I'm not going crazy over anything they've done. My favourite new band of 2011 by far is The Sheepdogs, if only because I also want to grow a thick beard, listen to nothing but Allman Brothers and live in Saskatchewan.

Music Video of the Year: "Make Some Noise" by the Beastie Boys

For any further proof you need, check this out. Some of the other great vids of the year are all very different, but equally awesome. "Lonely Boy" by The Black Keys is a bizarre single-take dance trip, far better than the similar-themed "Lotus Flower" by Radiohead. Tyler the Creator's "Yonkers" is one of those videos that really hits you the first time you see it and is a tremendous exclamation of this dude's arrival on the rap scene. The last really great vid this year is Beyoncé's "Countdown," which is crazy in every sort of good Beyoncé-type way.


We also got Rebecca Black this year. Irreplaceable.