by Roderick Allmanson at precisely 08:23
The first month of the Final Summer is down and it's been a hell of a May. As June comes rushing in we have a good amount of fresh tracks for our ears to chew on and the season's starting to pick up. Usually June is where THE jam of Summer drops - will one of the tracks on this week's round-up be the Golden Child? Unlikely, but nevertheless, here are the hottest jams for the First Weekend of June:

I still have an unending hatred for David Guetta and his trashy Euro-club beats, but combining his jams with the graceful voice of Sia after she gained some fans belting the chous on Flo Rida's "Wild Ones" may prove substantial. This is kind of a stupid track and not that easy to sing a long to, and like all other Guetta tracks, the fast paced beat doesn't juxtapose well with the tone of the vocals, but all of that usually doesn't mean a thing in regards to popularity. This has been around for a few months but is picking up now - check it out.

Slo Jam to the Top: "Leave You Alone" by Young Jeezy ft. Ne-Yo

This is a pretty chill track and a nice one to jam to while lounging around in the Summer Heat. The random rapper yelling in the background is par for the course on contemporary rap - it's as if Ne-Yo is attempting to convince us within the song that people like the song. Still, it's a pretty listenable jam, but not really fast-paced or broad enough to crossover like a superstar. 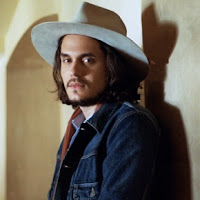 Mayer is, perhaps surprisingly, one of the most competent guitarists of his generation, and his latest album, Born and Raised is gaining a lot of headwind for being awesome. The song is mellow and cool, if not really that mind-blowing. Also whenever I look at him now I think of Taylor Kitsch's John Carter. Just sayin.

What's that Name? "Drank In My Cup" by Kirko Bangz

To be honest, before I looked this track up I thought it was a new Drake jam. Either purposeful or not that's got to work in Kirko Bangz' favour. This is a smooth lovemaking jam, though and the kind of equal opportunity clubbanger or pregame pumper that makes it pretty adaptable to any and all things Summer. It's again sort of a song that's been lurking in the background for a while before you even realise it's there. I don't think it'll reach any really huge superjam status but it's still pretty cool. Where's that tequila?

The Biebs hits it again this week with one of his biggest mainstream jams that isn't just for people to make fun of. Well, ok, it's still pretty easy to make fun of the lil' guy, but he's adapting and growing as well. I always pictured him to have a Michael Jackson-kind of career: Annoying bubblegum teen, pop superstar idol in his 20s, and then after that just madness and molestation until he dies young. Classic Greek tragedy. For now "Boyfriend" is still going strong.

Supercatchy Jam of the Week: "Tongue Tied" by Grouplove

This has been in a few commercials recently but it's also had a nice little radio growth the past couple weeks. It's a cool little song that's actually pretty addictive if you let it get very deep into your brain. The video is pretty cool as well, proving things can be as interesting backwards (literally) as forwards. Well, maybe not, but just listen to the damn tune.

Still Going Strong: "Somebody that I Used to Know" by Gotye

The big mouthed, casual hair, naked bodied singer continues his assault on Summer, nailing in another week near the top of the Jam List. If we actually talk about how good of a Summer Song this is, though, it may quickly fall apart. I mean, it's a really authentic and heart-melting break-up song that's perfectly bounced between the two saddened and lost parties. Not really the kind of thing to dance and jam to. It's still a great song, though, but maybe not the party track the Final Summer really needs.

Then Again: "Call Me Maybe" by Carly Rae Jepsen

This is the kind of track Summer needs. Bubbly and spritely, Carly Rae bounces through this jam, the ultimate teen jam for any little girl and a brilliant guilty pleasure for everyone else. I'm not really sure what else Carly Rae has to offer the world or if this will even last that much longer, but until we get sick of the bubblegum this ought to be high for quite some time.

I've got my ears on some Foo Fighters and just waiting for "Bridges Burning" to gain some traction. That and some Nicki Minaj ought to fight pretty hard the next couple of weeks. Stay tuned, folks!