by Roderick Allmanson at precisely 15:14
Alright folks, we've come to the last day of the Year of Our Lord 2012. What is there left to talk about? Well, we made it for one thing - those Mayans were full of shit, though there's certainly been plenty of terrible crap happening all over the world lately. This is what the movies are there for, though - to give us a break from the horrible onslaught of awful things that happen to everyone every day, or at least give us some insight into the human condition so that we may try to become better people. So, like every movie review site ever out there, here is our list of the best, brightest, and greatest moments in film during 2012. Let's start with our own Top Ten list.

I guarantee you're not going to find another list like this around the Internet. Moreso than any other year I think this really reflects what I was looking for in a movie this year - I can apparently sum up my taste in small, classy, concentrated action films, subversive comedies, and other movies that really change the game. I'm interested in cultural reverb more than anything - which films are the center of diffusing new innovations and which ones am I not going to be able to turn off when they appear on TNT in two years? That's the basis of my list more than anything else. 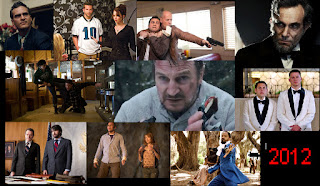 You remember this one from all the way back in January? Gina Carano has a bit more to come along as an actor, but Soderbergh directs the hell out of this in a distinctive narrative style he developed during the Ocean's films and Contagion (2011). Gina also kicks the ass of Magneto, Obi-Wan Kenobi, G.I. Joe, and Zorro throughout the course of the film. I'll take it.

It's always nice to see Bradley Cooper actually acting, because he's not all that shabby at it. David O. Russell throws De Niro the best role he's had in ten years and Chris Tucker of all people into the mix along with material to properly show off Jennifer Lawrence as her generation's best actress in this romantic comedy refresher.

Liam Neeson spends two hours fighting wolves, deals with his own mortality, and of course he survives to go on to train Batman. In the process he's become an icon of badass masculinity in the vein of Arnold or Sly of yesteryear. How is that possible? I'm not sure, but he ought to be recruited for The Expendables 3: Wolf Wars (2014), naturally.

The Best Bad Idea Ben Affleck had has put him on the map of go-to directors in a way his acting career never has. Really, he hasn't had stock this high since "writing" Good Will Hunting (1997). When he started acting outside of his Boston comfort zone he really failed (not necessarily). It's good to see that he is able to stretch outside of his Southie wheelhouse for this great flick, in both acting and directing.

Clearly the best original sci-fi film of the year, even if it mershed elements of many tropes together, this still took an investible high concept, big-name actors and ran with it in new and exciting ways that ought to really launch a few careers (JGL for sure) and make a significant mark on the cultural landscape. I'm only looking for Rian Johnson to be a bit busier than our last sci-fi directing new genius, Neill Blomkamp, who hasn't done a thing before next year's release of Elysium (2013).

Probably the most prestigious film on this list, Lincoln is everyone at their best, and that's a lot of people who have done pretty damn good things. Spielberg immerses us in a few overlooked days in the life of our 16th President, and Daniel Day-Lewis takes us into his flesh and mind like we've never seen before. The only real shame is that this thing won't give a soul any other chance in the acting fields in what was really a very solid year for many other men.

Absolutely the funniest film of the year, so of course I have this ranked extremely high. It's the kind of balls-out film that absolutely kills every line and every moment, made all the better by appearing out of no where with little hype at all. Who knew Channing Tatum could be so hilarious? "FUCK YOU SCIENCE."

It's rare that you see a film that subverts an entire genre like this one. It makes watching any other horror film seem even more cookie-cutter than they already are, while this uses a Thor-led team of pothead, slut, jock, and virgin against vengeful gods, a shady corporation, and every monster in the book. It's something that really needs to be experienced with a bunch of friends, copious amounts of alcohol, and a dark room - at least that was how I first saw it - it's a trip in itself, and that's the whole point of the medium.

It may just be due to recent memory, but I was very close to naming this sucker #1. A Southern Slavery Epic that we desperately needed, this film does more for race relations than Spike Lee will ever care to realize, and it pushes its themes and narratives hard enough to give Black People the Epic Hero they've always deserved. All praise to QT for even getting this thing made in the first place.

Joaquin proves that yes, he is one of the greatest actors of all time, and if not for the difficult subject matter and immense love of Lincoln this year, ought to have locked up momentum for Best Actor a long time ago. The Master is the kind of film ripe to be ignored, but really deserves to be considered one of the best of all time, though possibly not for a casual night on AMC (yeah, going against my own criteria here, but this was too good to pass up). It's full of compelling scenes, but the driving question of who the Master is and what that means is what causes this film to linger in my mind months after watching it.

Honourable mentions: Bond returns to form in Skyfall, West Anderson returns to form in Moonrise Kingdom, Will Ferrell's feature-length meta-joke in Casa de mi Padre, Soderbergh's male stripper opus Magic Mike, Rob and Dave's ethereal Cosmopolis, the immense crazy fun of Seven Psychopaths, the Rabbits of Rhosgobel leading wackiness in The Hobbit, and we got him in Zero Dark Thirty.

Best Scenes of the Year: 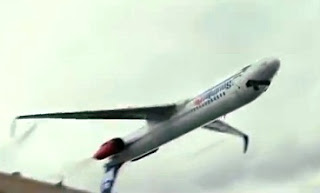 #10: Say what you will about Battleship, but one of the more surprisingly moments was how organic they worked the grid battle into the film, as well as how that ended up being its coolest scene. Oh Taylor Kitsch, what an awful year you had.
#9: I've never seen a film that spirals into awfulness so quickly, but the opening crash scene in Flight was mind-blowing.
#8: I wish I had a higher quality clip, but Mark Wahlberg, his Teddy Bear, and Flash Gordon hanging out, doing coke, punching through walls, and fighting ducks really encapsulated how fun TED really was.
prometheus self-abortion
#7: Django Unchained really has too many good scenes to count, but to pick one I'd take his final ride as John Legend plays in the background - nothing has gotten me more pumped for the entire year.
#6: The Campaign was an underrated comedy this year, buried under attention to the Summer Olympics and well, our own actual Presidential Campaign. The baby-punching scene is nevertheless legendary, though, especially because it's awfully Romney-like.
#5: In another film that's tough to pick one scene, Batman's return in the Bat is really one of the few uplifting moments in the whole movie, made more significant from the two hours of depressing oppression and darkness before it. This is where Batman rises, and even though we don't even see the actual man, he's done what he set out to do in Batman Begins (2005) - he's a symbol of righteousness that here not only strikes fear into his enemies, but courage in his friends.
#4: This scene magnificently took up an entire early trailer, but as Princess Merida shoots for her own hand in Brave the entire film's central conflict and characters are established in an incredible two minutes of writing and beautiful animation before the film gets real weird.
#3: It's almost as if everything in The Avengers led up to and was encapsulated by a simple command voiced by Captain America: "Hulk - Smash." A big green smile sums up the funnest movie of the year.
#2: SPOILER if you haven't seen it, and I'd recommend slogging through the entire film beforehand, but the sheer hell unleashed at the end of The Cabin in the Woods is a riotous moment, one of the more memorable bits put on film in the past decade.
#1: And now for the most intense, grotesque scene ever, the self-Cesarian from Prometheus was disturbing and crazy. That clip is the best I could find, but it's even better with the Noomi's screams and desperate actions getting that machine to work before her widdle iddle squid son bursts through her tummy. It's certainly one of the more distinctive scenes in the past year, and one that sticks with you (whether you want it to or not) for some time to come.

Actors of the Year:

For the men, though Taylor Kitsch had a fantastic year of flops with John Carter, Battleship, and Savages, certifiably dooming his career, we ought to go a bit more positive, and looking upwards, no one's doing better than Joseph Gordon-Levitt. JGL featured significantly in the second-biggest blockbuster of the year, The Dark Knight Rises (c'mon, that role should have gone to Shia...), and a little less so in the most prestigious film of the year, Spielberg's Lincoln. On his own, he also popped two headlining films, one pretty shitty bikour film (Premium Rush) and one excellent time travel film (Looper). JGL can do just about anything he wants right now, with indie cred, blockbuster cred, and Oscar cred. He's really the 2012 version of Fassbender, but with a relatively thin upcoming schedule we'll see where he can go from here.

As the ladies go, this year was all about Jennifer Lawrence. She had two tiny shitty horror films (Devil You Know and House at the End of the Street), but we care less about that and are instead looking to The Hunger Games, which Jen has totally made her own on its way to becoming the next big teen book-to-movie franchise adaptation to make a buttload of cheddar at the box office. Like JGL, she both established butt-kicking cred and cred towards actual acting talent. She was really the best part of a very good Silver Linings Playbook and we'll see if Oscar also takes notice. It was an incredible year for her, and with plenty more franchise films from both the X-Men: First Class series and the rest of the Hunger Games, she's not going away anytime soon. I just hope she can also keep pulling off those smaller, high quality films as well.

Well, that's it, folks. We've got a little less than 9 hours to go now before the end of the year. What will 2013 turn out? Stay tuned as we look forward to next year's awesome line-up of crap. What were your favourite movies, scenes, and actors of 2012?