2012: Music in the Final Year of Our Existence

by Roderick Allmanson at precisely 22:21
Welcome everyone, to the Season of Top-Ten Year Ending Lists - that special time of year where we all reminisce about the greatest moments in pop culture from the preceding year. What will follow over the next few weeks are a series of Time Capsule-style posts more than anything. We here at NMW are not as interested in assigning bits of media to arbitrary, opinion-driven lists as we are in initiating a discussion of the year as a mechanism to assess where we stand culturally, as well as to highlight some great moments you may have missed this year. We're also interested in things like Nicki Minaj's big fat ass, though, so you know, there's a bit of balance to attain here.

Artists of the Year:

This is a tough call. Last year was clearly the Year of Adele, but it's a bit more muddled in 2012. We can give it to new artists like Gotye and Carly Rae Jepsen who had massive sudden singles fueled by music videos gone viral, but just one big hit isn't really enough to call someone the Artist of the Year (looking at you, too, Psy). There were a lot of other really great works put out by fresh new voices like Frank Ocean, Kendrick Lamar, Alabama Shakes, and the Lumineers, and they'll get their due but none of these were also overpowering enough to earn this fabled title. We could consider fun., who just ruled the charts and zeitgeist this year, but their poor grammar and the imposing line they strut between drunken irreverence and youthful self-importance is far too infuriating. All of these brand spanking new artists, though, ought to be significant.

We'll give Artist of the Year, however, (yes, in 2012) to Bruce Springsteen. The Boss came back in a big way this year, dropping an excellent album in Wrecking Ball, and performing more shows than most people half his age. He was a total pro this year, with a ridiculous output of music and a crushing schedule. He really picked it up this past fall where he campaigned for Obama, who used some of his tracks for his campaign, and then performed many charity concerts for Hurricane Sandy Relief that decimated his home state of Jersey, including Hurricane Sandy: Coming Together on November 2nd and 12-12-12: The Concert for Sandy Relief in December. The man served as not only a musician but a rallying point for some of the biggest events of 2012 and in the process showed what music can really do to a nation, or at least to a region when he never gave up his blue collar Jersey roots.

Albums of the Year:

There are really only five albums that matter this year, all in different genres. We'll talk a bit about all of them to appease a wide variety of people - after all, it's tough to definitively list one over the other (for us personally, it's Frank Ocean). For an update in classic rock we had the pleasure of listening to the aforementioned Wrecking Ball by Bruce, a revitalization of his classicism set against a new age. Sticking with rock, we also received Jack White's Blunderbuss, where he really showed what ditching your drummer sister can do for a career - suddenly becoming one of the more relevant names in rock for the year.

For pop starlets we need only look to Taylor Swift's Red. In a single sweep she moved on from country-pop to pop-country and gained even more likeability and mainstream appeal. In her maturity she really became one of the biggest stars in the year. Neither her predictable her lyrical content or the enraging of her diehard country fans could stop it. 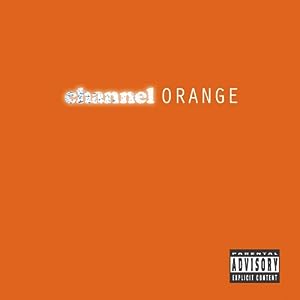 Hip-hop boils down to B.o.B's Strange Clouds and Frank Ocean's channel ORANGE. B.o.B really slipped under the radar this spring but swaggers between big rap beats and smoother emotional high points along with some killer and surprising collabos. But really, this is Frank's year, as his album redefined what hip-hop could be and do through falsetto, sweeping synth beats, and a new distinctive voice and style punctuated by juxtaposition of characters, sound effects, and a rambling, driving train of thought set to a beat. It also helped that he had one of the best SNL performances of the year (when you're trumped only by Mick Jagger, that's not a bad thing)


Videos of the Year:

This was really only ever between two, but I'll throw in the mesmerizing effect of Ellie Goulding's "Anything Could Happen)" which assaults both the eye and year with an ethereal series of bright overlaid images to match the floaty beat and silky smooth vocals both rising to an overjoyous frenzy towards its conclusion.

But really, this year is between Gotye's smash "Somebody that I Used to Know" and Delta Rae's "Bottom of the River." Gotye became a YouTube star with this heavily symbolic video that was unique and new, which is all it took for 360 million people to perk up and watch on the video-sharing website. Gotye paints a tortured relationship story through his lyrics then abstracts the feelings and commitment of both himself and his GF (played here by the singer who joins him, Kimbra) through literally painting confusion onto their bodies and then retreating the paint on Kimbra as she frees herself from the overwhelming density of their relationshit. It's brilliant. It's also everyone's dream of seeing Sting and Katy Perry sing together naked.

BUT we like "Bottom of the River" much better. Take a gander:

In about two minutes the ensemble band devises a short witch-hunt story. It's incredible due the simplicity with which it tells its tale as well as the switch from victim to aggressor by singer, Brittany Hölljes (almost imperceptible, I'm pegging it somewhere around the 1:15 mark). Note the subtle foreshadowing of her image in the mirror at the beginning and then the impressive single-take shot through the simple farm set that nevertheless expresses the misgivings, power, and conflict between the two parties of apparently humans and witches / demons. It's a very cool video, supported by the vocals (Brittany's belts at 1:47 still give me chills as her crazy eyes open wide). It's sexy, scary, and the best vid of the year.

Singles of the Year:

Finally, here's a nice big list in chronological order of our favourite and biggest singles of the year for you all to enjoy 2012 the right way:

"What Doesn't Kill You" by Kelly Clarkson
"Somebody That I used to Know" by Gotye
"Turn Me On" by Nicki Minaj
"Some Nights" by fun.
"Little Talks" by Of Monsters and Men
"Tonight is the Night" by Outasight
"Starships" by Nicki Minaj
"Wild Ones" by Flo Rida
"Simple Song" by the Shins
"Brokenhearted" by Karmin
"Comeback Kid" by Sleigh Bells
"Bangarang" by Skrillex
"In My Trunk" by Dev
"Call Me Maybe" by Carly Rae Jepsen
"Tongue Tied" by Grouplove
"Till I Die" by Wiz Khalifa, Chris Brown, and Big Sean
"Run" by Flo Rida and Red Foo
"Wide Awake" by Katy Perry
"Payphone" by Maroon 5
"Hold On" by Alabama Shakes
"Ray Bands" by B.o.B
"Want You Back" by Cher Lloyd
"Ho Hey" by the Lumineers
"Settle Down" by No Doubt
"Madness" by Muse
"Gangnam Style" by Psy
"Mercy" by Kanye
"Too Close" by Alex Clare
"Thinking of You" by Frank Ocean
"Your Body" by Christina Aguilera - really just for her plus-size boobs
"We Are Never Ever Getting Back Together" by Taylor Swift
"We Take Care of Our Own" by Bruce Springsteen
"Girl on Fire" by Alicia Keys
"Bottom of the River" by Delta Rae
"Die Young" by Ke$ha
"Locked out of Heaven" by Bruno Mars
"All Night Longer" by Sammy Adams
"Va Va Voom" by Nicki Minaj
"Anything Can Happen" by Ellie Goulding
"Home" by Phillip Phillips
"Diamonds" by Rihanna
"Cut Me Some Slack" by Paul McCartney + the Surviving Members of Nirvana
"Clique" by Kanye
"Scream and Shout" by will.i.am and Britney Spears

Ultimately, this was a pretty wacky year. Then again, it always is in the world of music. There were a lot of nice comebacks, some great new artists, many more terrible new artists, and a chubby little Korean who won all our hearts. Bring it on, 2013!! We'll leave you with a little Earworm: