by Roderick Allmanson at precisely 07:28
Listen, when we do a list, we're going to do it right. Even if it's ten years late!

We actually did put forth a Top Fifteen Films of the Millennium back in 2009 (in TWO PARTS!), when this blog was still in its infancy. Looking at that list and what I've come up with today in 2019, a few things struck me as odd. So let's go through that first.

The 2000s were weird. It is weird to realize how weird it was. Going through my shortlist of about twenty or so qualified movies I was struck by just how many major cinematic blockbusters and superhero films made the list. I still watch all these of course, but none these days feels superior to a small indie film in its resonance with me. I don't know if that's me aging and looking back on these days with nostalgia or a genuine shift in filmmaking. What draws me towards the latter hypothesis is the simple fact that a movie like Avengers: Endgame (2019) isn't even a movie. It's a brand. It's a good brand, and elicited one of the most moving emotional responses in me this year. But it's hard to evaluate as an actual movie.

Films in the 2000s were all over this. There are tons of clever, game changing films produced by big studios, but even the smaller movies here feel bigger. They were Oscar darlings or critically lauded, classic comedies. I look at my 2010 rankings and see Under the Skin (2014) and A Girl Walks Home Alone at Night (2014) and can't picture these coming out in the 2000s. Is it a shift in distribution methods? Or maybe just a rapidly increasing niche market where I'm able to find these things.

Looking back ten years on it's also clear that so many of these films have been canonized as great. I can put on No Country for Old Men (2007) any day of the week and know every minute of it, and by this point it's a ranked list no-brainer. There is still some debate in the 2010s. It doesn't help that I personally haven't really connected with recent Oscar winners. When this decade opened with The King's Speech (2010) and The Artist (2011), neither of which have really improved on age, that disconnect becomes clear.

Some spoilers for all these 10+ year old movies here, so go watch them first. Or stop reading a movie site, why are you here if you haven't seen these yet. 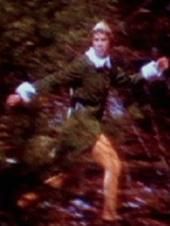 Somehow Favreau and star Will Ferrell created not only an instant classic Christmas movie but also the most re-watchable movie of all time. It's also very genuinely funny. This was an early foray into Ferrell's "man-child" persona, here quite literally with the Peter Pan Syndrome Buddy the Elf unable to differentiate childish elfish culture with that of early-2000s adult New York. It never gets too dark, but flirts with danger enough to give an edge to the ever-present sweetness. Buddy never falters, either, even at his lowest, suicidal point he doesn't back down from his kind values, and it gives this film its staying power. 2003 also gave us the Christmas classic Bad Santa which equals this film in writing and memorability, but to make a film this instantaneously universally beloved is an underrated feat. To do it with a movie that's actually good is next to impossible. 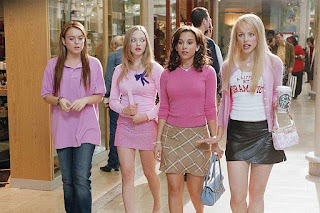 Oh, Lohan. Somehow the biggest name going into this film became the worst name coming out. This is the kind of comedy that exists above all others - infinitely rewatchable by anyone on planet earth. It casts itself with such undeniable swagger and confidence, prone to sublime fantasies that mix in perfectly with its rock steady premise. It's the side characters and endlessly quotable lines that keep this movie going strong and like ELF, is rewatchable until the end of time. 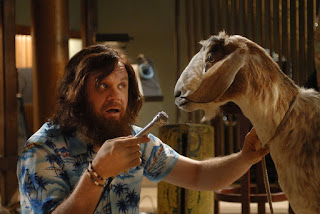 I originally had Shaun of the Dead (2004) in this spot, and I'm going to backhand it in here by acknowledging it as the culmination of early millennium Zombie fever (...of course that shit just never actually ended). In much of the same way, Walk Hard was the culmination of early millennium Apatow fever, although in seeking to parody all the self-serious movies that came before it, Walk Hard actually succeeded in being better than any of them. It's an underrated parody in part because it's so stealth. I didn't really get it on first viewing because it's so subtle and more interested in walking a very thin line and acknowledging biopic tropes. It's tough to walk the line. What's amazing is that no one has learned. Bohemian Rhapsody (2018) is actually just Walk Hard. I think about it every day. 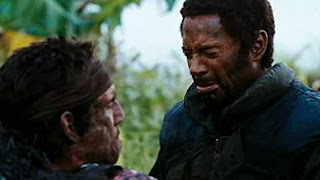 This is perhaps the most meta movie ever made and exists as both a send-up of war films as well as Hollywood, excessive actors, out of control budgets, and insane producers who are scarier than drug cartels. It's full of set-ups, pay-offs, irony, and characters who all experience real growth. I'll never forget my grandfather describing a new movie he saw a commercial for that he couldn't believe and I slowly put it together that it was Satan's Alley. The first four movies today have all been comedies, and that says a lot about my sensibilities as a film fan. 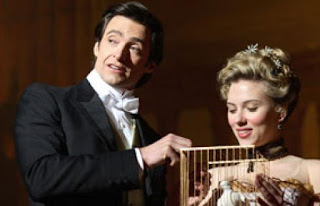 The 2000s gave us Christopher Nolan on a huge stage and many people will pick The Dark Knight (2008) (I did in 2009), and while that's solid of course, I was far more impressed by the topsy-turny filmmaking of The Prestige, easily beating out fellow period magician film The Illusionist (2006). Hugh Jackman is so underrated here, as well as most of the Batman cast and even Scarlett Johansson shows up briefly. David Bowie and Andy Serkis show up for some reason. The movie is about a simple rivalry, but it's the questions that linger - when Wolverine and Batman each caught on to each other, how the hell Wolverine became a British Lord, and who really earns the Prestige after the trick. It's a melding of subject matter into filmmaking that rewards repeat viewings.

Otherwise known as Boston Accent: The Movie, this was a huge play for Marty. Like The Prestige, it's really about two rivals trying to outdo each other, while swearing and shooting each other all the way through. It stars every actor ever in their best role ever, especially Mark Wahlberg playing himself. The movie is really about deception and self-deception, though, and the continuous turns of loyalty and double-crosses that are all totally earned is what makes this movie watchable every day of my life. Like most Scorsese films it exists more as a series of scenes that are forever re-playable. It feels like a giant montage in the best way. 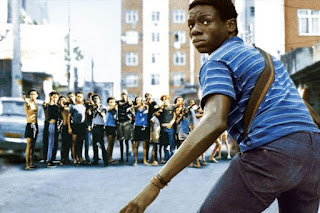 This is an epic saga of the city of Rio de Janeiro and there hasn't been a better film to expose life in the poorer and more dangerous city neighborhoods. It's a ride from start to finish, nominally starring protagonist Rocket, but so freely whisks in and out of dozens of characters lives as the city and people and violence shape everyone. It's the only foreign film on this list and one that I had heard a lot about but proved to be instantly enthralling when I watched it. Unlike a lot of films here, I don't know if I'm up for another watch. It's exhausting. In a good way. Maybe again.

It's tough because all of these films should really be here. The Fellowship (2001) may actually be the best one and I always go back and forth. But everything comes to a head in King and it serves as the poster-child for inexplicably the only franchise that didn't run out of steam by the third installment. It certainly helps that they were all filmed at the same time with the same crew and it's astounding that in an age of insta-sequels more films haven't actually gone after this method. It's iconic, epic, baffling, and a lot of fun. It never wants to end, but neither do I want it to. 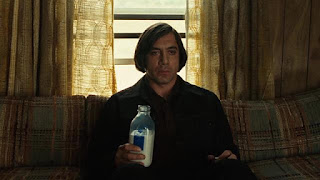 I still remember leaving the theater thinking "Wait...evil wins?" That's the point of No Country, and while it's the little things like Anton Chigurh and low key hilarious lines ("Llewellyn, what's in the satchel?" Alright, that's not funny, but it gets me) that make it watchable, I'm also always shook by the sudden and terrifying off-screen removal of our protagonist. It should be on Psycho (1960) levels. Or at least SCREAM (1997) levels. But better. It drops the audience into the sea of nothingness and while we wait for someone to get a comeuppance, Tommy Lee Jones just retires instead. We're left adrift and after everything settles we're still not settled.

An excessively long character study starring the best character actor there is or ever was, Daniel Day Lewis. It works here and makes a phenomenal film. 2007 was nuts. Atonement (2007) didn't even make the cut. Evil wins again, but this time it's a long, drawn-out evil, sudden violence replaced by sustained greed and conniving ambition. It's another collection of fantastic scenes that all prove iconic, memorable, and at times very concerning. There is some debate as to what everyone represents, who is the milkshake and who is the straw but in the end it's just Capitalism winning over everyone else. And that is the message of the 2000s. And every decade.

You know what? Nevermind, the best movie of this decade was definitely How High (2001). No more questions.

What do you think? What would you list look like ten years ago? I'm surprised by how much this hasn't really changed. Also how canonized this decade has become. I'm not sure there is really much debate at all towards the top. What say you?