The Best Brians in Media

by Roderick Allmanson at precisely 00:03
Well folks, it's my birthday today. As far as egos go, mine is huge. In honour of that, I thought I'd take a moment today to talk about all the great Bryans in popular culture. Now, the actual count of properly spelled "Bryans" is painfully low. Luckily, my name is so cool I can pass off as a 'Brian" without anyone knowing the difference. Still, to some extent, masquerading as a "Brian" makes me feel gross and dirty inside. Just the way I like it. Let's put it to it!

There are plenty of crappy Brians out there. There's Brian Fellows, Brian Piccolo, and Brian Flanagan. Don't know Brian Flanagan? It was Tom Cruise's character in Cocktail (1988). I had to look it up myself. I know what you're thinking, a pretty pathetic group here. I also just found out that Brian Piccolo was a real dude. Our numbers of great Fictional Brians decrease even more.

But wait - what's that? Brian Griffin comes to save the day! Peter Griffin's Dog and Lifemate from Family Guy is a cultured mutt and ever social drinker - a true testament to Brians everywhere. To same wit goes Brian Fantana, Paul Rudd's character from Anchorman (2004). The flowing locks and thick stash makes all us other Brians proud and envious simultaneously. To round out the drug abusing Brians, Jim Breuer's character from Half-Baked (1998) is another Brian who we can all aspire to. It's like our dreams have come true.

We next move on to two of the greatest Brians. The first is Brian Cohen from Life of Brian (1979), played by Graham Chapman in perhaps one of the greatest comedies of all time. As a child I often thought that the film was somehow about my life. In many ways it is about the life of all Brians. The other great Brian is of course Brian O'Conner from the Fast and Furious series of films, played by Paul Walker. Is it wrong to hold both of these Brians in identical esteem in the same paragraph? Probably, but a Brian action star is a rare find indeed. It kind of plays into his underrated white boy character in the first film. No one is going to respect some scrawny white boy named Brian who is trying to race against the Diesel. That is of course, unless he blows his NOS in epic fashion. We salute you, Paul Walker, for Brians everywhere.

We will also gladly lay claim to Albus Percival Wulfric Brian Dumbledore. Because in our growing Brian Army, we need one of the Greatest Wizards of All Time fighting alongside Paul Walker and Brian Griffin. That's a sight to see, baby. Imagine the bar at that battle, to be honest (or at least the flask use), between Griffin and Fantana. Dumbledore would probably jump in on that, too. Get a little saucy and awkwardly hit on Brian Cohen, making him squirmily uncomfortable. These are our people. It's awesome.

We have some pretty good real life Brians to help fill out our army. First we've got Brian De Palma, director of movies like Scarface (1983), The Untouchables (1987), and Mission: Impossible (1996). Not bad. From there we have character actors Brian Doyle-Murray and Brian Cox. Doyle-Murray had roles in everything from the Bill Murray movie Caddyshack (1980) to the Bill Murray movie Groundhog Day (1993). But really, of all the Murray brothers who aren't Bill, Brian Doyle- is the best. That's with a nice acknowledgement of Joel Murray's excellent role in God Bless America (2011). I do feel like I'm overly dissing Doyle-Murray here, he has some great stand-out roles in a few Vacation movies and as Captain K'nuckles in The Marvelous Misadventures of Flapjack - great show.

We can round out our Brian Brigade with Brian Posehn and Brian O'Halloran. The first is a big giant comedian who loves Metal and is a hilarious part of the Comedians of Comedian quartet that also includes Zach Galifianakis. The latter is that dude from Clerks. (1994).

Like I said, this is all well and good, but something just doesn't feel right honouring all these Brians. It's like homo sapiens honouring Neanderthals. We're pretty close but for a chromosome or two - and that makes all the difference. There are only two really great real-life Bryans and a single great Fictional Bryan that I found after literally minutes of IMDB searching.

The first is director Bryan Singer, who has created such epic films as The Usual Suspects (1995), X-Men (2000), X2 (2003) and...other films like Superman Returns (2006) and Valkyrie (2008). Even on his mainstream misses he gets points for pushing a more classic narrative in ways that buck against current trends, so we can take him in for it. 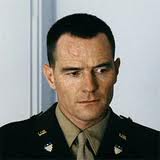 The other actual Bryan is Bryan Cranston, who is hotter than Hansel right now. He had us as Tim Whatley on Seinfeld twenty years ago, but in other roles such as Hal the Dad on Malcolm in the Middle and as Walter White on a little show called Breaking Bad, he's got us hook, line, and sinker. Even as the Colonel with one arm in Saving Private Ryan (1998) and as the old mechanic dude in Drive (2011) he's shined. Actually, you notice how every good movie suddenly has Bryan Cranston in it now? Or at least, every movie that's trying to be good because it has Bryan Cranston in it now. This ranges from Contagion (2011) to John Carter (2012) to Rock of Ages (2012) and Total Recall (2012). Wow. Actually about 3/8 of those are terrible (we still want to give John Carter some credit...). He's coming at us again in Ben Affleck's Argo (2012). Sounds good to us. 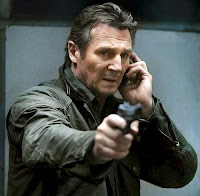 Well, our massive list ends with the greatest Bryan of all, Bryan Mills, more properly known as Liam Neeson from Taken (2008). He is quite simply, the coolest Bryan of all time. And he spells his name correctly, which is a plus. Not only is he a complete badass that simultaneously emits insane intense anger towards his enemies and warm daddy hugginess towards his family, but he's fully capable of killing anyone ever. He might as well be featured in that upcoming Deadpool comic where he kills the entire Marvel Universe. He could do it. Or at least deal out some flesh wounds. What a time to be a Bryan. Bryan Mills will lead us. Possibly to a drunken orgy if Dumbledore get his way, but hey, you gotta be one with your inner Bryan.

Celebrate me with me - watch some Taken.